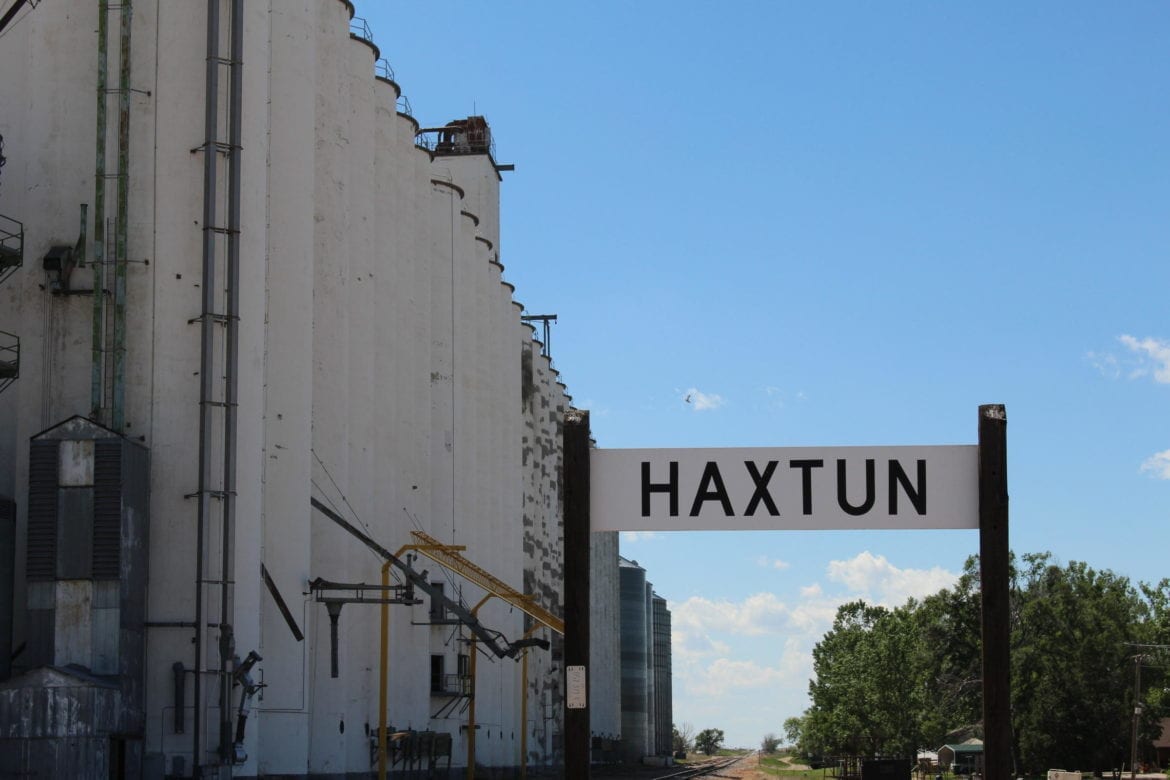 Brandon Biesemeier climbs up a small ladder into a John Deere sprayer, takes a seat in the enclosed cab, closes the door, and blocks out most of the machine’s loud engine hum. It is a familiar perch to the fourth-generation farmer on Colorado’s eastern plains.

He turns onto a country road, heading south to spray an herbicide on his cornfields, an early growing season task his genetically engineered crops demand if he is to unlock their value. In the cab, a computer screen shows a little pixelated tractor moving across digital fields, logging his work.

“It turns everything blue that we’ve hit,” Biesemeier says. “I think sometimes you get so focused on this screen you forget what even you’re doing.”

He holds a hunter-orange joystick in his right hand and uses it to maneuver the machine’s black metal wingspan, lined with spray nozzles, around obstacles in the field.

The sprayer is just one piece of expensive equipment on the Biesemeier family farm. A combine sits idle in a machine shed within eyeshot from the fields. A massive corn planter is parked outside.

While we move across the field, a GPS system guides the sprayer. Biesemeier barely touches the steering wheel.

“It won’t be very long before these things are driving themselves and we’re not even out here,” he says.

Purchased over the past several years, these machines allow Biesemeier and his brother to farm nearly 7,000 acres in this rural pocket of northeastern Colorado, near the Nebraska border.  Just a few decades ago, it would have been nearly impossible for a single family to adequately manage that much cropland. Now, Biesemeier says, his is a medium-sized farm in this part of the plains. 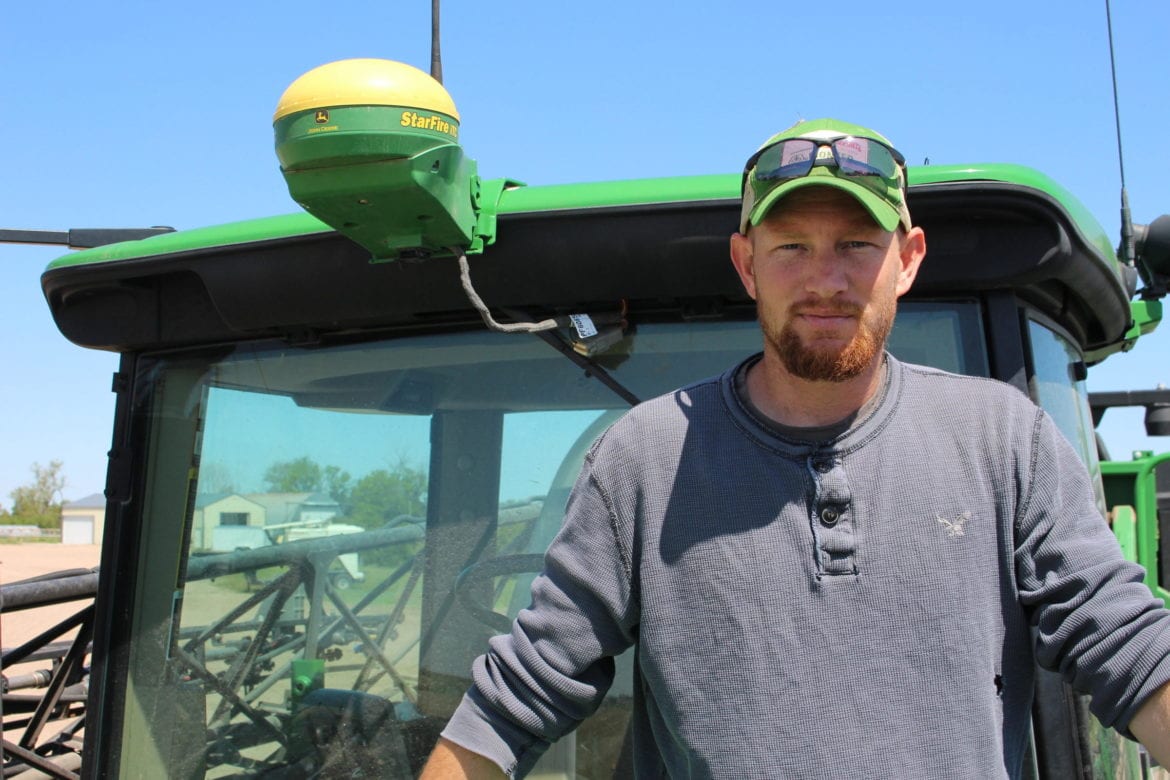 Brandon Biesemeier and his brother farm nearly 7,000 acres on Colorado's eastern plains. (Luke Runyon Harvest Public Media)
“It takes a lot of acres to pay that combine off, or that corn planter off, or that sprayer off,” he says.

That means farms on the Great Plains and in many other parts of the country have had to grow in size and adopt new technologies to make ends meat. He can’t just farm 80 acres and make a living, he says.

“I wish you could. I think life would be a lot simpler, easier,” Biesemeier says. “And there’d be a lot more people out here if that was the case.”

About a hundred years ago, farming was the way a third of the country made its living. It used to be the most common occupation in America.

That precipitous decline is due to a host of factors. The U.S. Bureau of Labor Statistics cites the increase in farm productivity and the maturation of the American economy as the cause. Changes in technology allowed farms to start churning out more grain, milk and meat. Machines made the job less labor-intensive, meaning farms needed fewer people to get the job done, freeing up workers for other occupations. Other sectors grew and attracted more workers.

As each new innovation – the gas-powered tractor, the mass-produced fertilizer, the GPS-driven sprayer – came to market, farmers who could afford it jumped on board. Those who could not were often unable to keep up.

“This is sort of a classic story in any competitive industry,” says Jim MacDonald, an economist with the U.S Department of Agriculture’s Economic Research Service. He says farmers are on a “technology treadmill,” a term the late agricultural economist Willard Cochrane coined.

As more farmers adopt new technology, they become more efficient, drive down prices on the crops they produce, and “that means the people who have not adopted find themselves with high costs and find it very difficult to make any money, and many of them wind up deciding to get out of the business,” MacDonald says.

All that has led to the trends that have shaped all of American agriculture: The average farm is growing larger, fewer farmers are doing the job and midsize farms are disappearing.

“The equipment is bigger, it takes more to farm and the cost is tremendous,” says Quentin Biesemeier, Brandon’s grandfather. He goes by “Bud,” a longtime nickname. 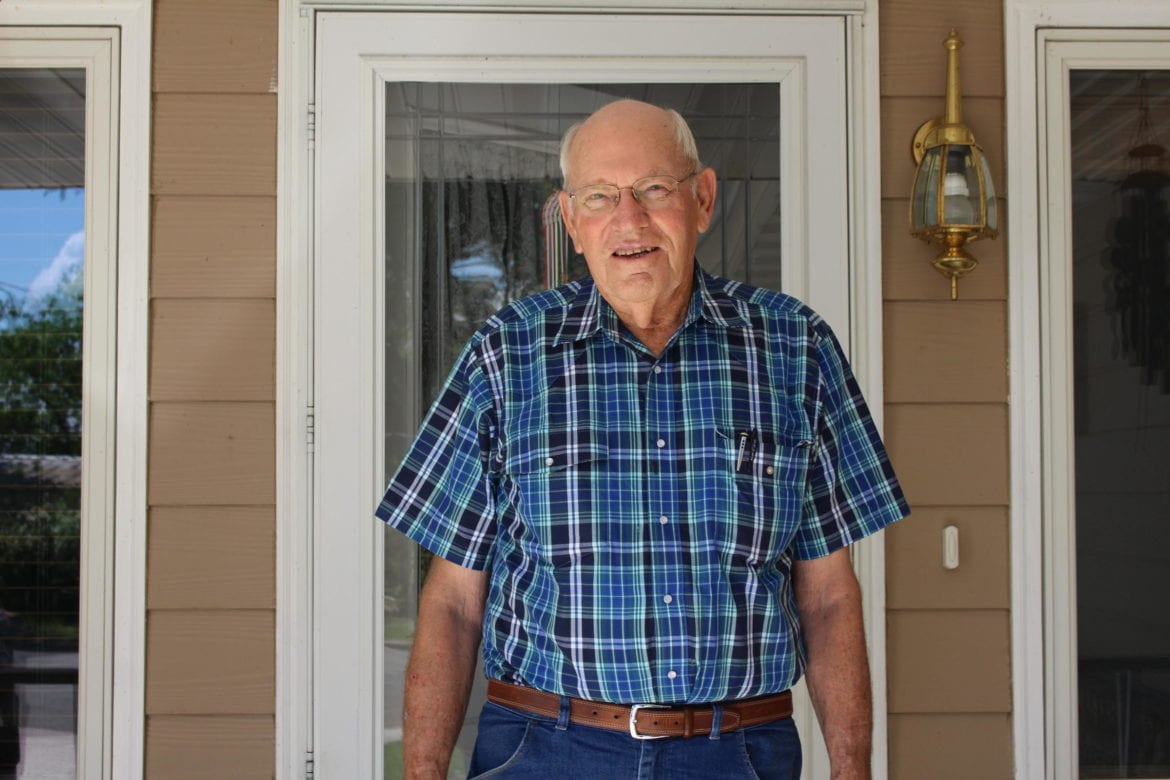 When Bud Biesemeier started farming in the 1940s, Haxton was a much larger town. (Luke Runyon | Harvest Public Media)

When Bud Biesemeier started farming in the 1940s, Haxton was a much larger town. (Luke Runyon | Harvest Public Media)

When Bud Biesemeier started farming in the 1940s, Haxton was a much larger town. (Luke Runyon | Harvest Public Media)
The family farms near Haxtun, Colorado, the second largest town in Phillips County. As of a 2016 U.S. Census Bureau estimate, its population sits at 917 residents. That is 200 fewer people than when the town was at its peak in 1920. Back when Bud started farming in the late 1940s, fresh out of high school, Haxtun was bustling with activity.

“There was just more people,” he says. “We’d come to town Saturday night and the streets were lined with cars. They had a movie theater here.”

The town used to boast a bowling alley and a downtown lined with restaurants, too, he says. But not today. Many of those businesses have been knocked down or stand empty. One restaurant serves dinner in Haxtun now, but just one night a week. Residents looking for a night out any other day have to travel to nearby Holyoke or Sterling.

“We have fewer and fewer farm kids,” says Darcy Garretson, the superintendent of Haxtun’s public school district. “And it’s harder and harder to support the number of people on a family farm.”

“So what maybe would’ve taken ten or 12 people to run, now takes one.”

U.S. Department of Agriculture figures confirm what the people in and around Haxtun are feeling. In 1987 in Phillips County, Colorado, 324 people listed farming as their primary occupation. By 2012, that number had dropped to 220. Thirty years ago the value of farm equipment averaged out to just under $90,000 per farm. In 2012 that figure was more than $330,000 per farm. Existing farms have also grown less diverse, with mid-sized dairies and hog operations virtually vanishing in that 25 year span. 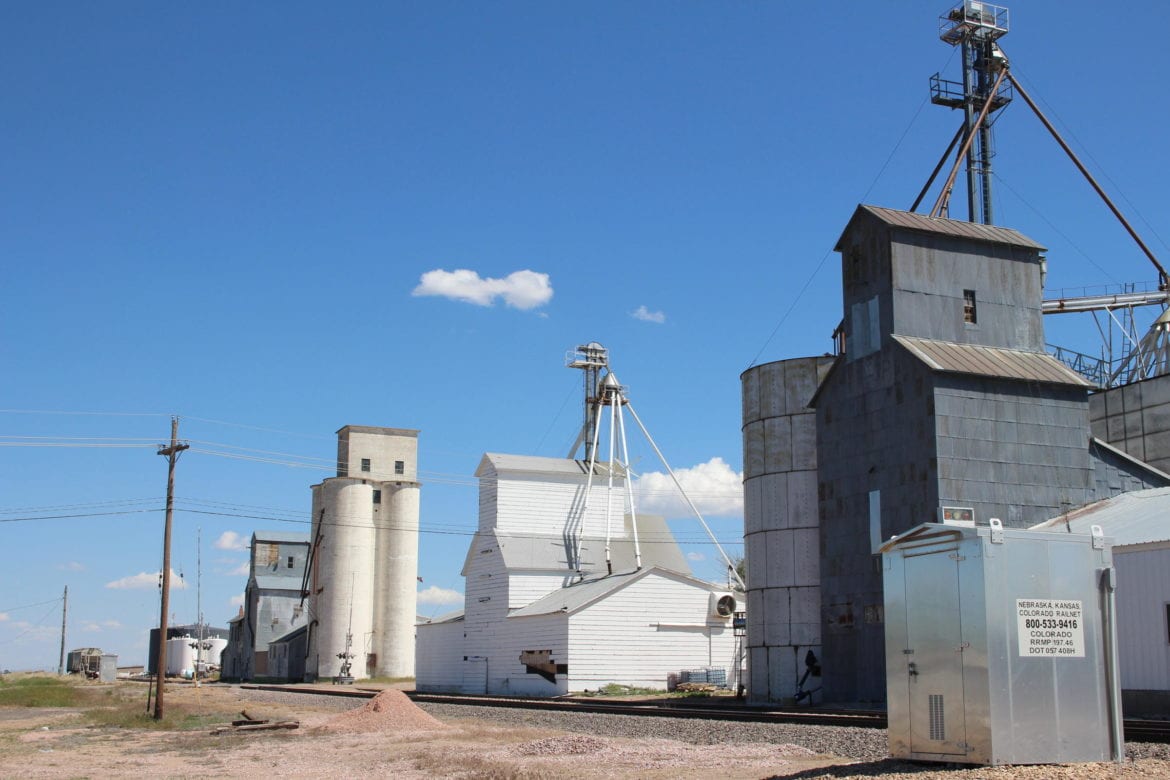 Haxtun’s story is hardly unique in towns across the Midwest and Great Plains. Since 2010, rural areas have seen populations drop as people flock to cities in search of work and education.

University of Missouri rural sociologist Mary Hendrickson says sometimes small towns in Middle America are written off, discarded in national discussions as “throwaway places.” But, she argues, there is a lot of value held not only in rural communities, but also in the surrounding farms and ranches. Farmers manage a huge swath of America’s land mass. If we want a healthier environment, she says, farmers who manage land and water need support to reverse some of the negative economic trends plaguing the small towns they live in and rely on.

“Farmers can’t do it on their own,” Hendrickson says. “So it’s going to take some investments from rural development agencies, from potentially people outside the region as well.”

Still, it’s not all doom and gloom in Haxtun. The town is quintessential Americana. In the neighborhoods, kids on summer vacation set up lemonade stands and an ice cream truck plays plinky music. Front porches are adorned with American flags.

Parts of the town’s economy are thriving, despite the declining number of farmers. Those restaurants in downtown have been replaced by farm suppliers, agronomists and irrigation companies. Big farms need more services, more agriculture specialists they can hire to help out.

“My grandfather was a farmer. My dad was a sharecropper and now I’m an agronomist. So I just farm vicariously through others,” says Dave Gibson as he stands at one end of a cornfield at the edge of town.

Hunting for corn rootworms, which feed on the crops and cut down on yields, Gibson pulls out a shovel to dig up a clod of dense soil. On any given day, Gibson does everything from soil sampling to mixing farm chemicals so farmers can focus on staying in the field.

“Industries like mine – agronomics – those guys are going to be more in demand as time goes on because there’s an education that has to happen and studying that has to happen that the farmer trying to get all his corn planted isn’t going to have time to do,” Gibson says.

Gibson also serves as the president of the town’s school board. It can be tough to find people to serve on the board, he says. Living in a small town often means wearing a few different hats, a fact made more apparent as the population in Haxtun has dropped over the years.

That is, if their family holds on and there is a farm to return to.

'No Bees, No Food' – Missouri Group Pushing for State Ban on Bee-killing Chemicals

Buzz Kill Believed To Be Linked In Part To "Neonics"