Choice Cuts: Farmers raising meat look to keep up with your changing diet 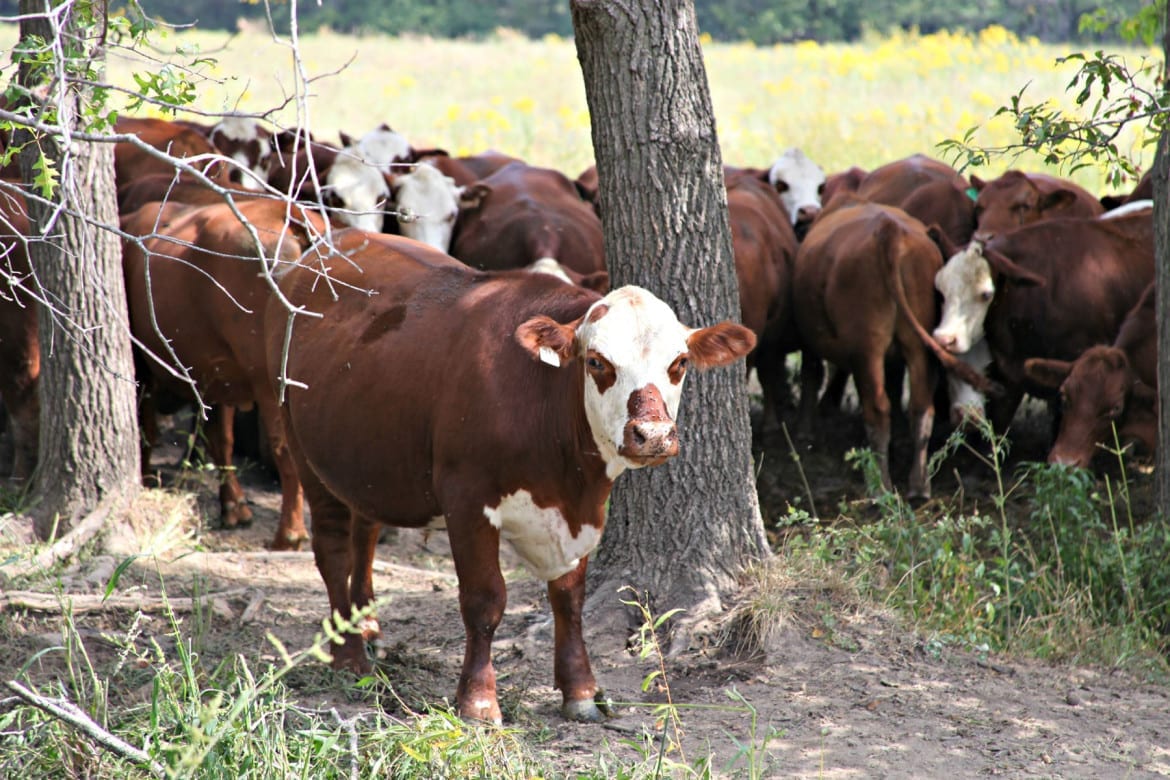 This is part four of Harvest Public Media’s week-long series Choice Cuts: Meat In America, examining how the meat industry is changing the U.S. food system and the American diet. The documentary on the subject will air 7:30 pm tonight on KCPT.

While the average American eats hundreds of pounds of meat every year, many U.S. consumers are starting to cut back as health experts learn more about the risk of a diet high in proteins from meat and environmentalists challenge the way most meat is raised.

That leaves farmers and ranchers to raise meat animals with health-conscious meat-eaters in mind.

Switching up the feed

Most cattle are fattened up on grain feed made from corn, soybeans and other supplements. But at Covered-L Farm in central Missouri, farmer Steve Landers switched his herd of 33 cattle to a prix fixe menu of pure grass in 2007. Grass-fed beef can be leaner than most conventional varieties. And according to the Mayo Clinic, it generally has a little less fat, a few more vitamins and more of those coveted Omega-3 Fatty Acids. Landers points to those health benefits as part of the reason his business is maxed out with demand.

“What I saw was a vast increase in the knowledge of the customer base,” he said. “I mean I know a little bit, but what they’re telling me about CLAs, EPA and DHA , the Omega-3 Fatty Acids that are essential and it just goes on and on.”

The slight shift toward cutting back on meat, then, may be an indication that some Americans have been listening to what doctors recommend when it comes to meat.

“There should be a shift from a meat-based diet or a meat-centered diet to a more plant-based diet, which can also include some meat in the overall dietary pattern,” said Dr. Frank Hu, a professor of nutrition and epidemiology at Harvard University.

Hu said part of the reason health risks increase with a red meat diet are the potentially carcinogenic chemical compounds formed during high temperature cooking. Another reason is the sheer quantity of red meat consumed on a regular basis.

Hu said a heavy red-meat-diet has been tied to risks of diabetes, cardiovascular diseases and certain cancers. That’s, in part, why federal guidelines suggest eating proteins from a variety of sources – pushing poultry, fish and nuts specifically.

Catering to the informed shopper

“The guidelines initially were formulated [in 1980] to make sure the diet was healthy so you didn’t have deficiencies,” according to Joan Salge Blake, a clinical associate professor at Boston University who works with the Academy of Nutrition and Dietetics.

Scientists are still examining exactly what the American diet should look like, Blake said. For example, what was originally called the “meat group” has now become the “protein group.” And most recently, the guidelines have focused on cutting down portion sizes in that group to 3-6 ounces a day.

“You don’t need to be eating a whole steak when you sit down for dinner,” Blake said. “You can have some lean meats and it can be fish it can be poultry or it can be vegetarian source of protein, such as beans. But the issue is we don’t need it covering the whole plate.”

Consumers seem to be taking note, too. Beef consumption per capita in the U.S. has been steadily declining for decades, from a high in the 1970s. Americans eat more poultry – which is generally a leaner meat – now than ever before. Some of that change has been influenced by changing prices and some can likely be attributed to marketing campaigns, but many Americans are also looking at their meat from a health angle.

From table to farm

As consumer notions of a healthy lifestyle shift, some producers looking to meet the demand have changed how they raise animals that end up on U.S. dinner tables. Food historian and author Maureen Ogle says U.S. farmers are always looking to impress consumers.

“The meat that you buy in the store,” she said, “comes from animals who have been developed and bred specifically to give Americans the sense that they’re eating healthy meat as opposed to unhealthy meat.”

Farmers have to find ways to market their products and tap into consumer tastes, whether it be for local food, organic meat, a cheap dinner or a healthy meal.

“They’ve just got to obey market signals,” Ogle said. “They can’t go out and just sort of randomly raise cattle and hope for the best because they’re not going to find anybody to buy it from them.”

While numbers on the grass fed beef industry are spotty, it’s still a small portion of the overall beef market. But researchers say it’s growing. Farmer Steve Landers says demand is so strong for his beef, that he and two other nearby producers barely have time to keep up with their current customers.

“We are not even touching each other in terms of competition,” he said. “We’re all working together because we can’t possibly grow enough 100 percent grass-fed beef to take care of the market.”

Landers said he’s out of room for more cattle. But he is looking at adding free-range chicken and grass-fed lamb down the line, if that’s what his customers want to eat. 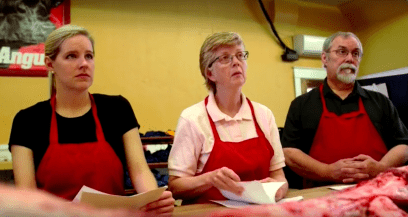 As consumers become more aware of their food and what it takes to make it, big industry and local meat producers are heeding the call. In Kansas City, for example, The Local Pig butcher shop offers the chance for consumers to get behind the counter and see where their meat comes from.

Meat Alternatives Want A Part Of Your Dinner Plate

Choice Cuts: With lifesaving antibiotics at risk, farmers, veterinarians asked to curtail use in livestock