One Year In | For Rawxies, A Growing Team and Consumer Base 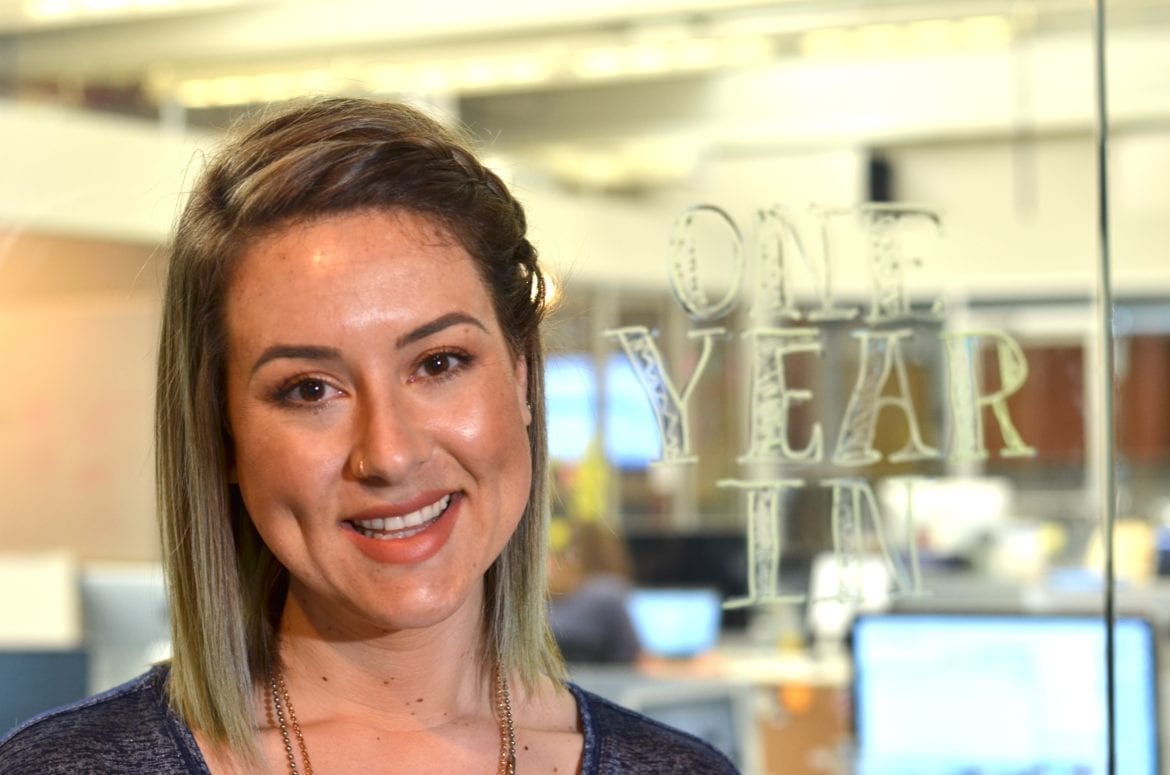 Rawxies' founder Callie England says bringing on team members that complement her style has been the best decision of the year. (Photo: Austin Kuehl | Flatland)
Share this story

Three years after moving to Kansas City to start her company, and eight months since last speaking with us, Callie England’s vegan venture is still going strong. Rawxies, which produces plant-based snacks that are soy- and gluten-free, has achieved national success, being stocked in prestigious stores such as the New York City flagship of Dean & DeLuca.

To Your Marks: 90 seconds with Rawxies

“I’d really say it’s team development: the key employees such as national sales manager … myself really transitioning into the CEO role and taking myself out of all the other positions that I was fulfilling. We have a full-time COO who came from General Mills with 16 years of plant management experience. We have a full-time creative director and office manager, and we’ve really been able to start delegating tasks and running with them and increasing our total accounts.”

Why has Rawxies succeeded as a startup where most others fail?

“[I]n the first couple years of running a business, people usually fail before ideas do; ideas usually fail later on, but in the beginning, it’s usually dependent on the person who’s running the business. I think being highly competitive, driven and having that personality to never give up is something that probably pushed us to get to the point that we’ve gotten to now.”

What was your best business decision in this past year?

“[B]ringing on a COO to take on the operational side of things. I could do it, and I was faking it pretty good, and I was learning everything that I needed to learn to run a manufacturing facility, but it wasn’t my strength, it wasn’t what I woke up in the morning excited to do, and we found a great COO that really complements me.”

“Misreading the market and potentially launching a product that wasn’t going to work. But luckily we went back to the drawing table quick enough, but we did waste some time.”

You moved from the West Coast to found a startup in Kansas City. What has the entrepreneurial environment been like for you?

“When I moved back to Kansas City, it’s been about four years now, the startup scene was so huge here. Everybody was like ‘rah-rah’ cheerleaders and really excited. We can be as excited as we want; people will always get behind you and pat you on the back and cheer you on, but it’s like no, I actually need money. … I was fortunate to find an investor here in the city that is an investment group; their core values are right in line with Rawxies’. But what’s so sad is that it’s Kansas City, Missouri, and it took me four years to find the vegan investment group. That should have been right on the forefront of all the things, mentors and advisers, all of the groups here in this city that tout themselves as helping entrepreneurs, they should have access to all those.”

Can Kansas City be competitive nationally [as a startup community]?