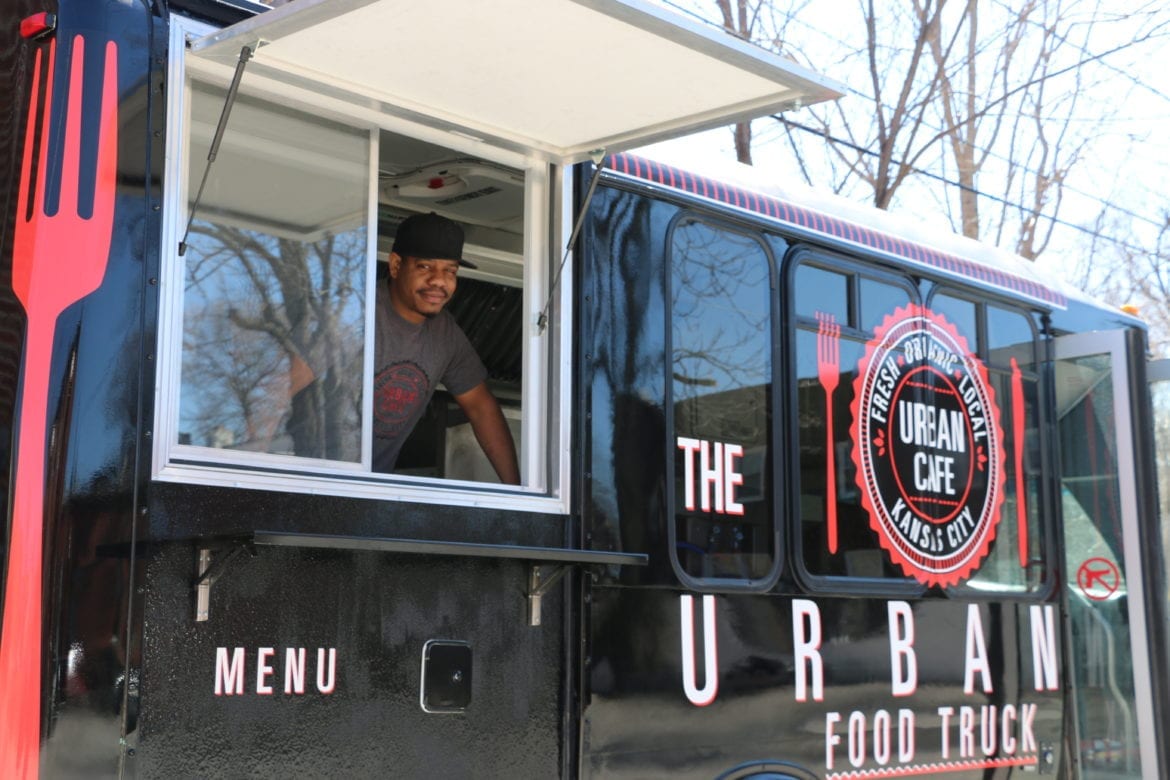 Justin Clark didn’t think of Urban Cafe as a restaurant initially, but when the space next to his wife’s salon became available, it just made sense to start there, pushing off his dream of a food truck.

Starting next week, he’ll park his new food truck outside the Uptown Arts Bar at 3611 Broadway Blvd. Clark will also be at First Friday in the Crossroads on April 6.

Greg Patterson, president of Greg Patterson and Associates, a commercial real estate company, and owner/manager of the Uptown Arts Bar, said the location allows Clark to stand out.

“He was thinking about the Crossroads area and other places, but there’s no one doing it in the ‘uptown district,’ so I think he’ll do really well,” Patterson said. “He’s a quality chef and a quality person.”

Like the restaurant, the food truck will source food locally. This year, Clark said he will work with Pearl Farms, run by Michael Pearl, a fifth-generation farmer.

Couple Brings Fresh Ideas to TroostRashaun Clark grew up at 41st Street and Bellefontaine Avenue, a few blocks from where she and her husband are raising their three young daughters. Growing up, Rashaun felt like fast-food options were the only choice for eating out. More…

Clark plans to keep a few customer favorites from his restaurant on the menu, like the pork belly sandwich with Asian slaw, but Clark sees this venture as a way to experiment with new foods and flavors.

“Food is always trending,” he said. “I think I just want to do whatever’s popular at the time.”

After a few successful months at the restaurant, Clark decided to pursue his initial idea for Urban Cafe. He applied for funding through the Economic Development Corporation of Kansas City, which helps new or expanding businesses through grants, loans and credits.

The food truck was approved by the EDC in December 2017. Clark commissioned Extreme Bus Builders in Lawrence, Kansas, to outfit and design the truck, and in mid-March, he picked it up. 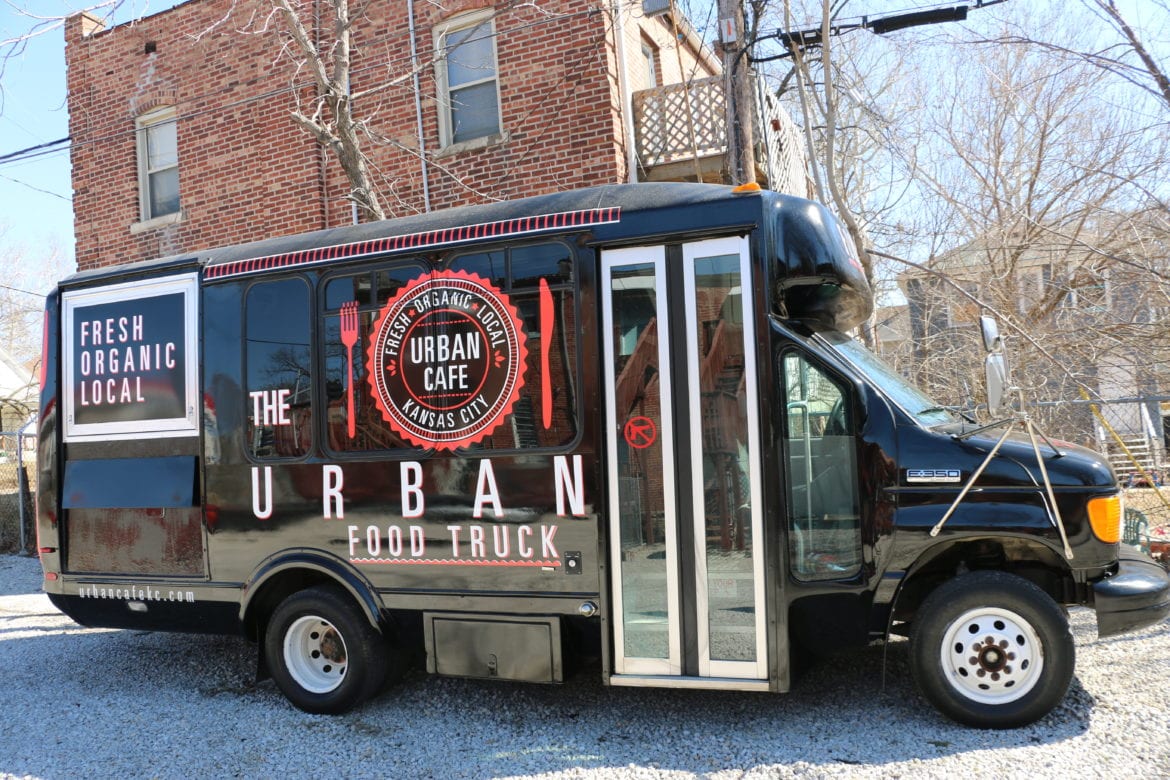 To help balance time between the restaurant and the truck, Clark brought on longtime friend and chef Joe Jackson. The two worked together in the kitchen at the Westin Kansas City Crown Center more than half a decade ago.

They both left the Westin within weeks of each other but kept in contact over the years. So when Jackson came back to his hometown of Kansas City, Clark said it was a perfect fit.

“Now he’s back, and I’ve been trying to get him to work with me for so long,” Clark said. “I feel confident to where we can actually do some pretty good stuff, and then as we’re growing, I feel confident he will grow with us.”

Jackson had been working in the kitchen at the Kansas City Carriage Club, but after seeing the Urban Cafe’s success, he was ready to take the jump and come work with Clark. He just didn’t realize that through working with Clark, serving healthy food and showing customers what healthy eating can look like, he’d also be fulfilling his goal of giving back to the community.

“In my head, I was always going to come back and do something for Kansas City,” he said. “After working here, I realized that this environment does give back to the community, and it gives back to the city — it’s a positive vibe.”

Jackson said he’s impressed with the familiar relationship Clark has built with his customers.

“It’s almost like family,” he said. “I always compare it to ‘Cheers’ because everybody kind of calls each other by their first name.”

He’s said he’s excited to see how the food truck is able to foster similar relationships.

“The food truck is a really good opportunity to really get our name out there even more,” Jackson said. “But it’s also another way of cementing the footprint we have in the community. This is only part of what [Clark] can do, and what we can do and what’s going to happen.” 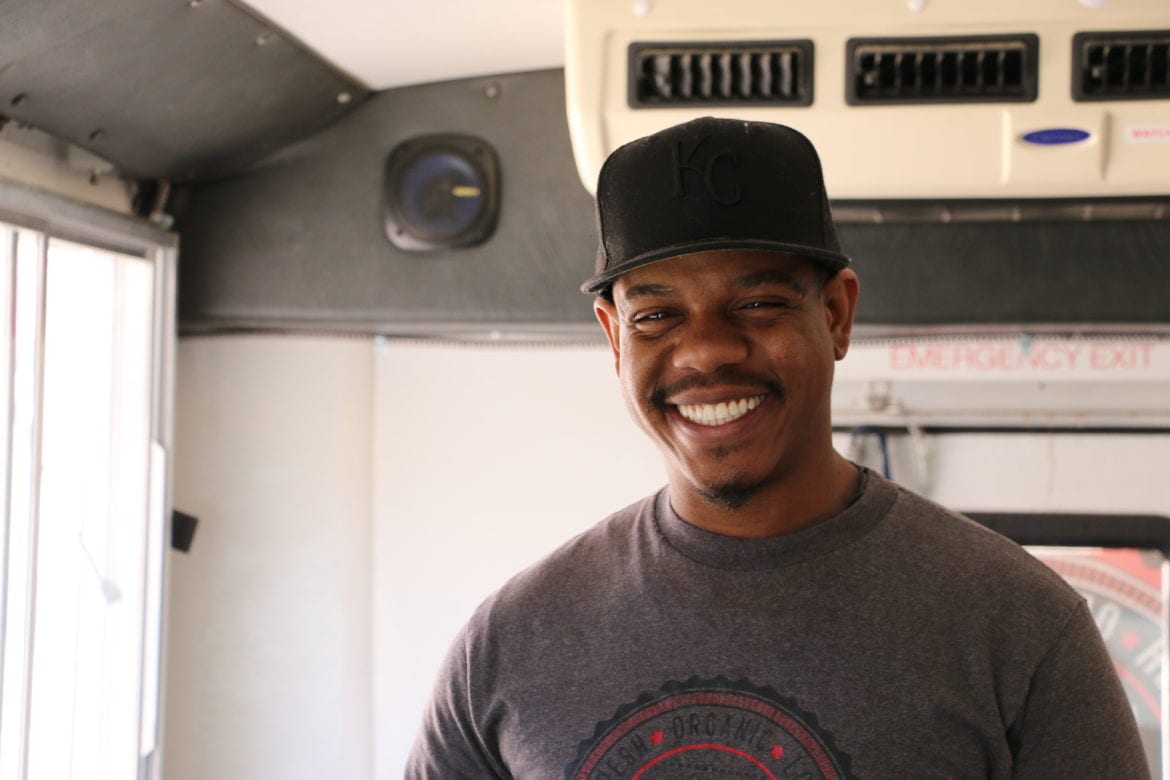 Clark said he knew he was taking a risk opening in an area where restaurant options were scarce, but he had no idea he’d receive press and attention for opening where he did.

“After everything was wrote up, and after listening to other things, that’s when it kind of hit me… about how serious I guess it was,” he said.

“I’m looking at this like a chef, like I just want to do something I love, right?” Clark said. “But it’s turned into like, ‘Is the food good, or is it just people want to come just because it’s something new in the neighborhood that’s developing?’”

Jackson, who started at Urban Cafe about a month ago, is looking forward to broadening Urban Cafe’s reach to more of Kansas City through the food truck.

“What [Clark] has done is teach people about wholesome food, good food, and I feel like since it’s a learning experience for everybody, it really brought together the community, whether they’re black, Asian, whatever,” Jackson said.

Correction: An earlier edition of this story listed the word ‘trucks,’ in the subheadline. It is truck singular.