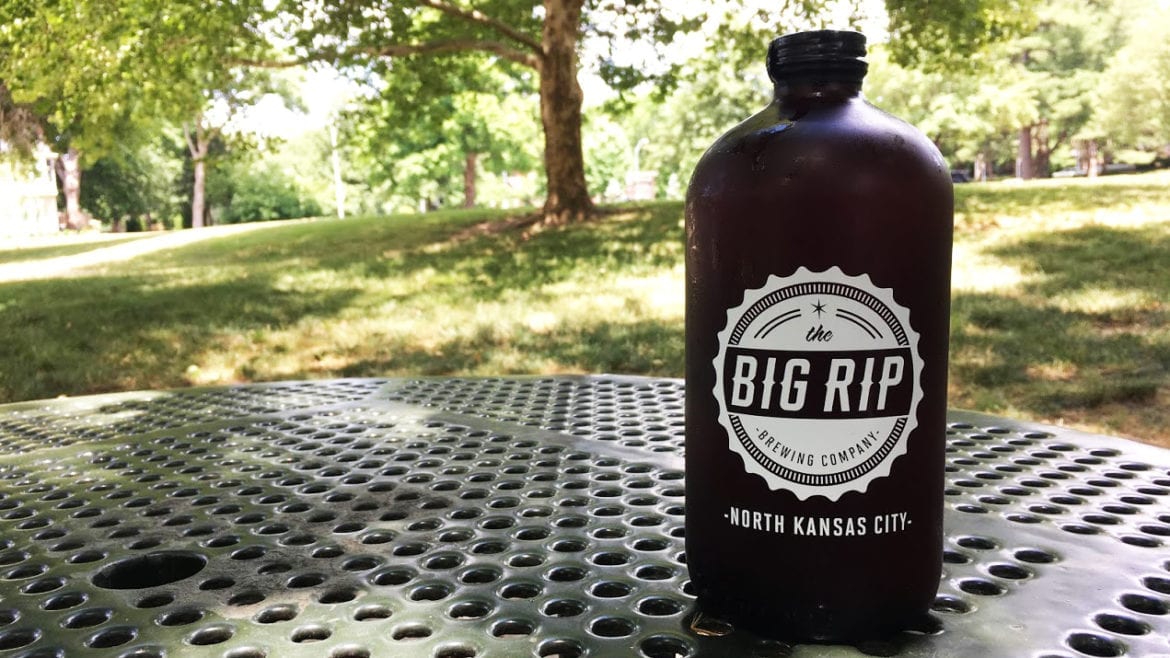 The new brewery from Tony and Lynne DiPlacito is serving an American Pilsner, oatmeal brown, a coconut coffee porter and double IPA. Cinder Block Brewery’s cider is on tap as well. Wind Shift serves half-pours, pours and flights. The intimate taproom also has small cheese plates from the Local Pig.

Brewer Tony DiPlacito is working on a New England-style IPA and an English IPA. Wind Shift is the second brewery in Blue Springs, joining East Forty Brewing Co., which opened in 2018.

Alma Mader Brewing is leaning in toward collaborations. This Wednesday, you can get its second collaboration brew with BKS Artisan Ales. Starting At The End is a “hazy pale ale.” Brewer Nick Mader notes that no hops were added to the kettle or whirlpool, but instead this beer only uses dry-hopping to add flavor and aroma to the brew, which “pushes the envelope on how hops can be utilized.”

Keep an eye out for a future collaboration with Crooked Stave, where Mader was a brewer previously.

Transport Brewing Co. has Trop Queen IPA, a New England-style IPA with plenty of tropical fruit notes and a hoppy finish, back behind the bar.

The Brewkery, a kombucha taproom, has new hours. The North Kansas City makers of Lucky Elixir kombucha are open from 11 a.m. to 7 p.m. Tuesday through Saturday.

Boulevardia is a beer festival that is worth a bit of planning. Boulevard’s food, music and beer fest is Friday, June 14, and Saturday, June 15, in the West Bottoms. If you’re going big, Taps & Tastes (4 to 7 p.m. Saturday) still has tickets ($85, $115 for 3 p.m. admission) available. The beer pairings are thoughtful, but the real draw is the opportunity to try a host of brews that are not currently (and may never) be distributed in Kansas City. There are also still tickets for a beer dinner featuring Crane and Boulevard at Voltaire on Saturday night ($95, 5 p.m.).

The Lawrence Summer Beer Fest, a mash-up of a beer festival and craft fair, is from 6:30 to 9:30 p.m. on Friday, June 14, at Abe & Jake’s Landing (8 E. 6th St., Lawrence, Kansas). Toppling Goliath, Clown Shoes, Iron Monk, Alaska Brewing Co. and Golden Road Brewing Co. are among the breweries that will be serving. Tickets are $25.

Hopcat is hosting a four-course beer dinner featuring Public House Brewing Co. at 6:30 p.m. Blackberry cider will be paired with a charred corn salad and Farmstand Peach Ale will be served with jalapenos stuffed with bacon, apple and cream cheese. Tickets are $30.

Fringe Beerworks is holding a Founders Tap Takeover from 6 to 8 p.m. It’s called the Watermelon Explosion Extravaganza — both because Green Zebra will be on tap — but also because a rubber band will be put on a watermelon for every Founders beer sold. When the pressure gets too great and the watermelon explodes, the winner goes home with a Green Zebra canvas.

A little bit of Excelsior Springs is coming to Kearney. Cellar & Loft is hosting a Dubious Claims beer tasting (blueberry wheat, Mango E Town Ale, Kolsch, and a dry-hopped pale ale) at 7 p.m. The tasting is $15 for non-members and free for members.

Bluestem has tapped Strange Days Brewing Co. for a five-course beer dinner that starts at 6 p.m. with passed appetizers. Strange Days’ Juice Barn will be paired with a beet salad, and 316 Oak St. will come with duck pastrami. Tickets are $85.

Get Ripped, Big Rip Brewing Co.’s sixth birthday party, is from noon to 4 p.m. The North Kansas City brewery is gathering up local breweries and distilleries, alongside food from Taste of Brazil and Hawg Jaw Que & Brew. Look for special beer releases from Big Rip: cinnamon roll porter and Death By Stereo (a coffee Kolsch) among them.

Here’s your chance to finally take the field at Arrowhead Stadium. Kansas City Brew Fest is from 7 to 10 p.m. (early admission and VIP tickets get you in at 6 p.m.). The beer fest will include more than 60 breweries, food and lawn games. Tickets start at $45.

Brew Lab is hosting a cornhole tournament from 11 a.m. to 5 p.m. Sunday. The Boss of the Toss is a benefit for the Prairie Paws Animal Shelter. Team registration, two players, is $50. Drink some Black Labs mead while you’re there.