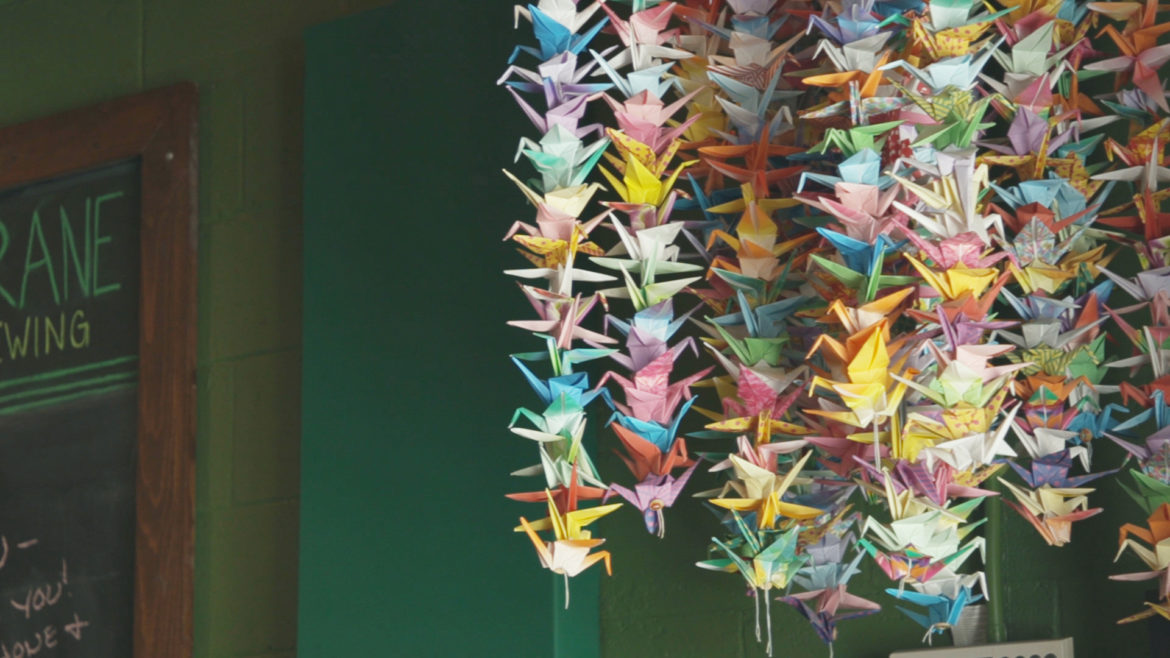 Crane Brewing Company is hosting its third annual “Tiki Night” on the evening of July 27, with three different beers on tap, including a Tiki Weiss, a sour ale brewed with cinnamon, grapefruit, and lime zest.

If you’re not a beer person, Crane will also have a tiki cocktail on tap. Don’t worry: There will be food by Chef Anourom Thompson, who runs Anousone’s Mobile Cuisine, an Asian Fusion food truck, and live music by Eems, the incredible ukuleleist. Get ready for tiny umbrellas.

Der Bauer (7.75%) by KC Bier Co. is a German-style version of a farmhouse ale. Dry-hopped with Mandarina Bavaria, which gives it a citrusy hoppy scent.

Calibration Brewery has a new cider with coconut and passionfruit called “A Strange Boy.” (5.7%).

Delta 88 (6.1%) an American Style IPA is back on tap at Big Rip Brewing Company.

Friggatriskaidekaphilia (6.3%) is a Norweigan Farmhouse IPA dry-hopped with three different kinds of hops and brewed with Kveik yeast by Crane Brewing Company.

Ready to feel like a kid again? Or maybe a parent, if you accidentally step on one of these suckers? Yes, Legos is what I am referencing. City Barrel Brewing is hosting an adult Lego night from 3 to 11 p.m. There will be all the legos you need at the brewery to relax and have fun with some friends.

Get a team together to test your knowledge on successful women from before our time to now. Boulevard Brewing Company is hosting a hop quiz on powerful women. $2 of the ticket goes to the Metropolitan Organization to Counter Sexual Assault (MOCSA). A $10 ticket includes two draft beers, and any tips will also go to the organization.

Kick it with friends out on Border Brewing Company’s patio while you watch Sporting KC take on New York City FC. Enjoy their Patio Pale Ale while you’re out there.

New Axiom Brewing Company is releasing a new beer every hour in honor of their first anniversary. Between 2 Buns by The Carlsons, a food truck, will be there flipping burgers.

Crane Brewing Company celebrates its third annual tiki night with three different tiki beers and even a tiki cocktail on tap for the non-beer drinkers out there.

Head up to Excelsior Springs to enjoy a Sunday afternoon of relaxation. Enjoy one hour of yoga in The Elms Hotel & Spa’s outdoor gazebo. The Elms is hosting a summer beer yoga event from 11 a.m. to 1 p.m. Excelsior Sping’s very own Dubious Claims Brewery will be featuring their new summer mango beer and a healthy lunch will be provided afterward.

If you are not already a member of the Growler Club at KC Bier Co., now is the time. This evening, members will receive a complimentary buffet of pretzels and bier cheese at the Bierhalle and will also be the first to taste Festbier, which will release on August 1. This Vienna-Style Lager was given a World Class 96 rating and listed #10 in the Top Beers of 2018 by The Beer Connoisseur magazine. Becoming a member of the growler club is a one-time payment of $55 and the many benefits are listed here.