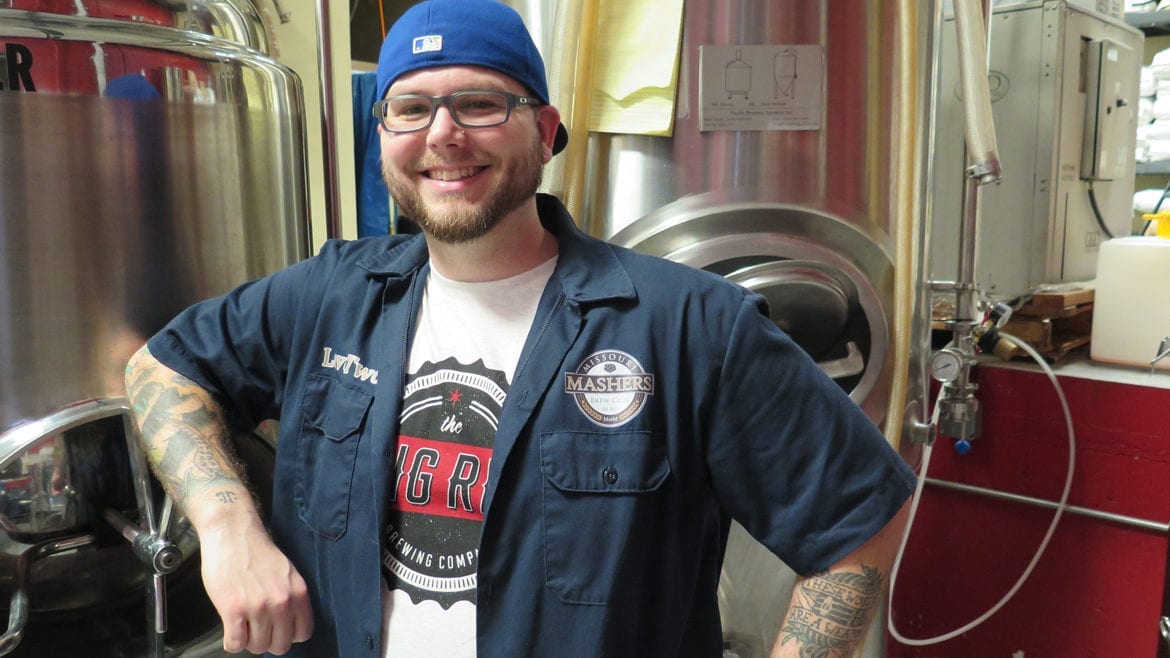 Get ready to swing into spring at the Spring Fling Homebrew Festival.

Beagle has seen a big uptick in area homebrewing clubs and thought this was the perfect way to help new brewers showcase their beer.

“[This will] show the city that our homemade beer ranks right up there with the city’s most prominent breweries,” said Beagle.

Several homebrewers discussed what they will serve at the festival. David Schumacher, a homebrewer for six years, dubs his beer “SchuBrew.” Schumacher took home five medals at the 34th Annual Kansas City Bier Meisters competition. At Spring Fling, SchuBrew will have Keep on Trolling IPA, a hazy New England-style IPA.

“I’ve kind of had a love/hate relationship with the ‘style’ and mainly the hype around them in the local community. I decided to join the hype train and give one a go,” said Schumacher. “I used over a pound of hops including El Dorado, Denali, and Azzaca. It should have a lot of tropical notes and be juicy and hazy, but more importantly, easy drinking.”

Jerimy Warford has been homebrewing for four years as Level Two Brewing. He won three medals last year at the Missouri Mashers Hot Summer Brew Off. At Spring Fling, Warford will serve Frickin Laser Beams, a French-style saison brewed with hibiscus flower that is floral and refreshing with a bit of spice from the yeast. Another entry, a hazy beer, represents a trendy characteristic in the appearance of East Coast-style IPAs.

“Persistent Princess is my take on a popular northeast brewing style that makes the beer’s appearance more hazy,” said Warford. “It’s a fruity, citrus pale ale brewed with oats and late hop additions. Both of my beers for this event focus on bright, refreshing styles that reflect the season.”

The haze can come from different sources during the brew process. “Mine comes from having a large amount of oats in the grain bill. The oats give it both a hazy appearance and a silky mouthfeel,” said Warford.

Alex Workman, a homebrewer for 7 years, won gold in the Topeka Hall of Foamer’s competition for his Imperial Stout Ale X. Listed as Scouting the Taps at Spring Fling, Workman will serve Saison De Laubss and Phoenix IPA. The saison was designed and brewed with Thin Mint Girl Scout cookies in mind for a pairing.

“I worked with Mike Strohm from The W in Lee’s Summit to pair the chocolate and mint flavors with the palate cleansing dryness of the saison, sweet pear flavor, and spiciness from ginger,” said Workman.

“It was designed with Boulevard’s The Calling and Deschutes Fresh Squeezed in mind. Fresh citrus flavors and aroma but still has a malt presence,” said Workman. Boulevard Brewing Company’s Changeling is out next week. (Boulevard)

Changeling, a limited-release from Boulevard Brewing Company’s Smokestack series, is a barrel-aged sour ale (7.1 percent ABV, 25 IBU) that will be available in 750-ml. bottles on April 4. This blend of dark sour ales was aged in whiskey and wine barrels that were inoculated with Brettanomyces and lactobacillus. Deep ruby color in color, the beer’s aroma leads with plum and caramel, shifts to lemon and tart cherry, and exudes notes of oak, vanilla, and char. [Note: Boulevard gave Flatland a pre-market bottle to preview.]

Crane Brewing Company (6515 Railroad Street, Raytown, Missouri) recently packaged more than 2,000 bottles of its Orange Gose. Look for this crowd favorite on draught and in 750-ml. bottles in April.

This week, Martin City Brewing Company (500 E 135th Street) offers a taproom-only release of Raspberry Jive, a barrel-aged sour ale with raspberry. Bottles will be available for sale at the taproom. Boulevard Brewing Company’s Tours & Rec Center (2534 Madison Avenue) hosts Hop Quiz No. 2, a trivia game focused on general topics, pop culture, and beer knowledge. Sign up in advance for $10 and receive two draft beers of your choice. This event is 21 and over, and you can have up to six players max per team.

The taproom at Crane Brewing (6515 Railroad Street, Raytown, Missouri) taps its 2017 Small Ball Saison before April 3rd — the opening day of Major League Baseball’s 2017 season. Small Ball Saison (5.2 percent ABV) is dry-hopped and then bottle-conditioned with Brettanomyces. Initially, the profile sings of fresh hops. Over time, the yeast continues to ferment, adding complexity to the beer.

Barley’s Kitchen + Tap (11924 W 119th Street, Overland Park, Kansas) hosts Boulevard Brewing for a Tap Takeover from 3 to 6 p.m. in honor of the KC Royals’ 2017 season opener. Beers on tap will include Show Me Sour, Scotch on Scotch, Noble Prize Imperial Pilsner, and Rye on Rye on Rye. They’re holding raffles for Royals tickets and a Boulevard Brewery Tour, plus glass giveaways.