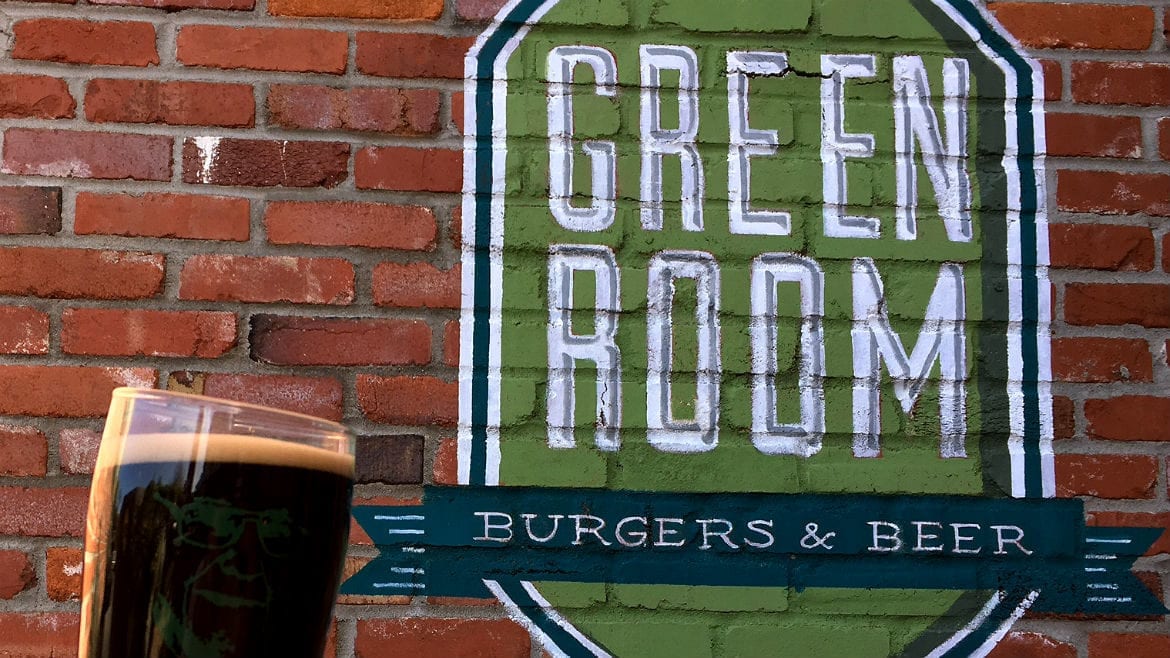 Based in a 1,000 square-foot space in the former Goetz Brewery in St. Joseph, Missouri, Kansas City Cider Company is quietly preparing to launch its line of craft cider on Nov. 3 in select bars and restaurants in Kansas City.

“It took that whole year to scope this out, work through compliance, and get the funds needed to begin production,” Jeff said. 

Collectively, the partners and former homebrewers grew interested in cider several years ago.

“We were looking for alternatives to beer at the time,” Jeff said. “We all had the same stigma towards cider, assuming that all ciders were sugary, simple and should be served with umbrellas. When we found ourselves at a craft cider house in Portland, Oregon,  sipping on complex and dry ciders, we realized that we had been missing out on a whole class of beverage.”

Unable to find similar dry ciders produced in Kansas City, they began making craft cider at home before making the leap to start the company. Those ciders included So Hopped Dry Hop Cider, made with Citra and Mosaic hops.

“We love the fruity notes of Citra and honestly had really good results pairing with Mosaic in our bench trials,” Jeff said. “We have since added a third hop to our blend, Eukonot, which is doing a really good job of rounding our profile on this cider.” 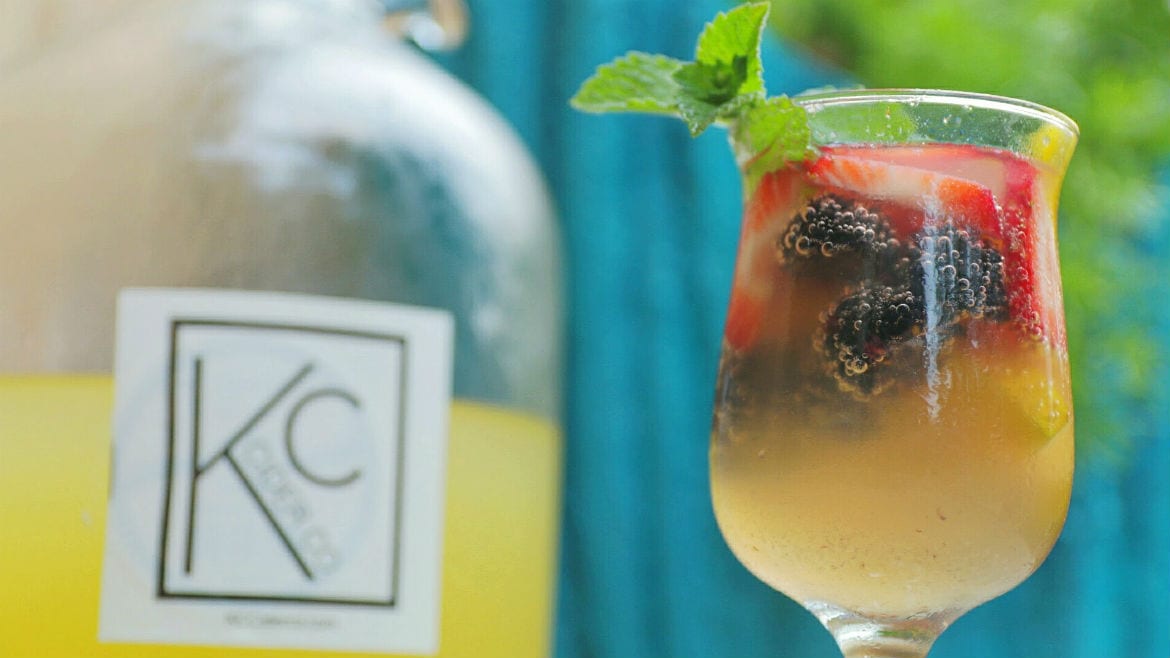 Based on initial trials, the group determined dry hopping wais the best method to infuse hop flavor and aroma into the cider.

Off-dry cider, an ode to the New England style Hazy IPA craze, is a “multi-yeast blend with lots of body and is intentionally hazy,” Jeff said. The cider tastes drier with low sugar content.

“The apple varieties in this cider are all varieties you would find in this area a hundred years ago,” Jeff said. “That’s why we are currently calling it a Prohibition-style cider, as it is pretty similar in body and feel to what you would find in a speakeasy in KC back in the day.”

“Every time you get a pour of our cider, it may taste a little different,” Jeff said. “Like wine, cider uses what is available when it is available, so our varieties shift though the season. We think of this change as more of a feature than a flaw.”

Kansas City Cider Company will focus on production and limited distribution at first, but plans to open a tap house in the next phase of operation.

“Selling to bars and restaurants is the simplest way to let people know we exist and keep our overhead low,” Jeff said.  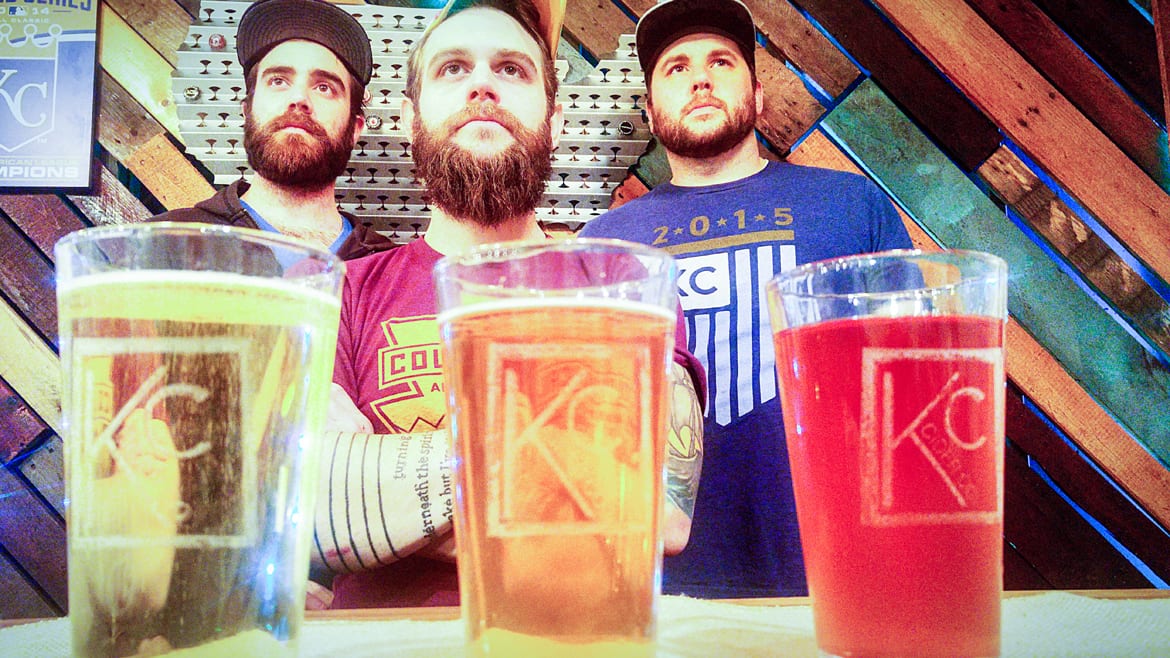 Strong ales and Scotch ales Arrive With Shift in Seasons

Strong ales and Scotch ales are beginning to pop up on taps around Kansas City as the weather turns colder. Scotch ale, also known as Wee Heavy, is a style less hoppy than IPAs and pale ales. Dark, malty and sweet, the ale is typically in the 6 to 8-percent alcohol range. Originating in Scotland, the style is similar to English barleywines.

Available in bottles and on tap, Boulevard Brewing’s Snow & Tell (6.3-percent, 28 IBUs) is an interpretation of a Scotch ale or Wee Heavy style with caramel, fig and raisin aromas, and a spicy hop profile.

Compared to What Scotch Ale (9.43-percent ABV, 47 IBUs) is a flagship beer at Calibration Brewery (119 Armour Road, North Kansas City, Missouri). Owner Glen Stinson and his son, both homebrewers, concocted the recipe. The beer has a sweet, malty body with dark fruit undertones. Topped off with nitrogen, the Scotch ale has a smooth finish.

“The coriander adds a bit of spiciness to the chocolatey richness,” manager Eric Flanagan said. 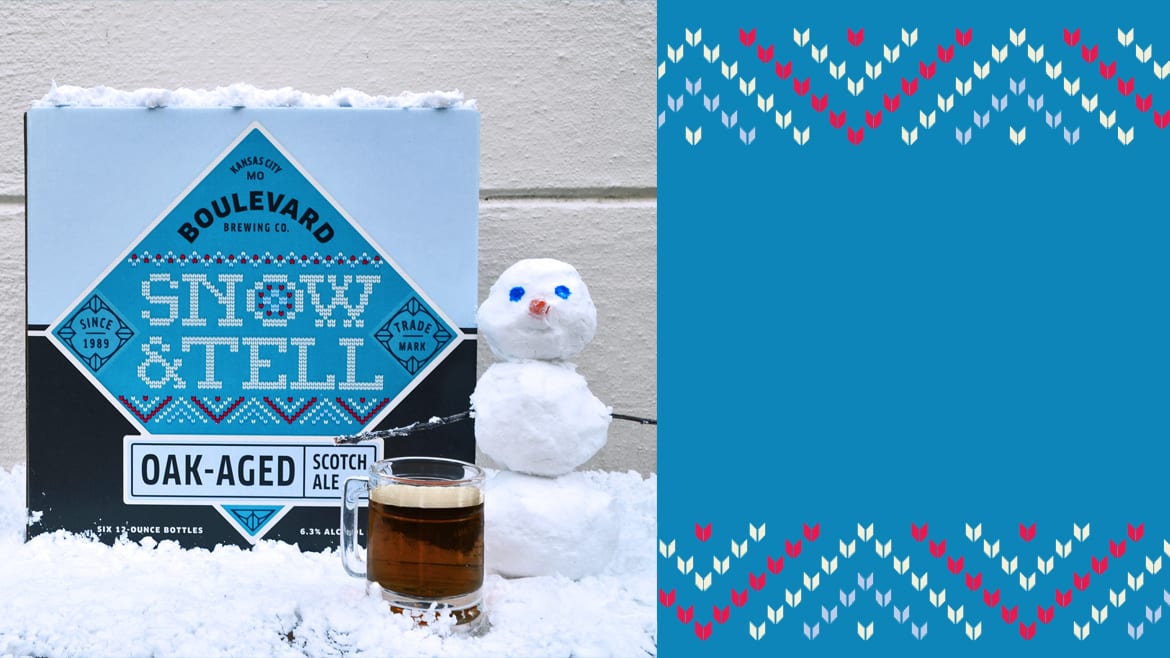 Strong ales, a broad class of beers (not really a style) also known as winter warmers, range from 7-percent to double-digit ABV. They tend to be hoppier than Scotch ales, up to 90 IBUs. They are bolder than pale ales but not as robust and high in alcohol as barleywines. The beers are often malty with a touch of sweetness and notes of dark fruit, spices, and citrus.

To sample a range of strong ales, head to the Seventh Annual Strong Ale Fest held outdoors in Westport (4057 Pennsylvania Ave.) from 1 to 5 p.m. on  Saturday, Nov. 11. Tickets ($40 advance, $50 day of event) include entry, a commemorative glass and unlimited beer sampling of more than 70 beers at 8-percent ABV or higher. More than 30 American and international craft breweries will be represented. The event is a benefit fundraiser for AIDS Walk Kansas City. Border Brewing Company (406 E. 18th St.) releases Pecan Brown Ale. “We did this one last fall and had great feedback from it,” owner and brewer Eric Martens said. ”It is now one of our fall seasonals, along with the Rye IPA.”

Bring your thinking cap and literacy skills to the Adult Spelling Bee at Screenland at Tapcade (1701 McGee St., Suite 200), hosted by Cinder Block Brewery. Entrants must be 21 years of age or older. The free event starts at 7 p.m. Prizes awarded to top two contestants.

Cinder Block Brewery (110 E. 18th St., North Kansas City, Missouri) screens “What We Do in the Shadows,” on the patio. The free screening starts at sundown. Limited seating, so lawn chairs are welcome. The Maple Brown Ale and whiskey is the featured special.

Lights Out Party Black IPA is a collaboration between Border Brewing Company (406 E. 18th St.) and next-door neighbor Double Shift Brewing (412 E. 18th St.) Both taprooms will have the lights turned out with candles illuminating the rooms. Brewed as a small batch on Border’s brewhouse system, the beer likely won’t last long.

It’s not the Great Pumpkin, Charlie Brown, but Cinder Block Brewery (110 E. 18th St., North Kansas City, Missouri) will have a Paver’s Porter Pumpkin Randall in the taproom at 4 p.m.

It’s the last day for the Bundle Up Coat and Blanket Drive at Boulevard Brewing Tours & Rec Center (2534 Madison Ave.). In partnership with Project Warmth Kansas City, donations are accepted of new, clean and gently used coats and blankets. Gloves, mittens, winter hats and scarves are also accepted. The greatest need continues to be in coat sizes for toddlers, teenagers and men. Cash donations are accepted as well.

The Big Rip Brewing Company releases Pennywise Sweet Tater Ale for its annual Halloween party. While the event is sold out, the seasonal beer will be available to the public on Oct. 31st. Mark your calendar.

Help raise funds for Ronald McDonald House Charities of Kansas City at Kansas City Bier Company (310 W. 79th St.). Kids of all ages can play carnival games and paint pumpkins. Kids and pets can participate in costume contests. Enter the raffle, with drawings at 1:30 and 3 p.m. For every specialty beer ordered, KC Bier will donate a dollar to RMHCKC.


— Pete Dulin writes about food trends for Flatland and is the author of The KC Ale Trail. Follow @FlatlandKC and #TapList on Twitter for more food news and trends.