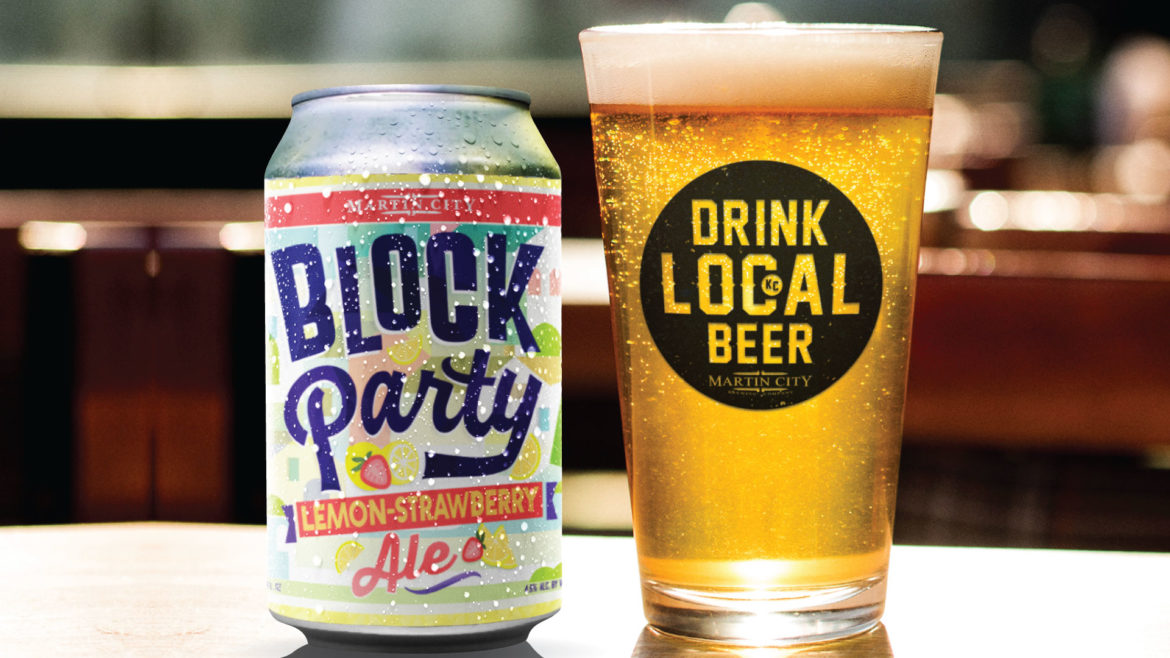 What’s the best way to launch a beer called “Block Party”? That’s a no-brainer, so make plans to hit the street — so to speak — for the release of the new brew from Martin City Brewing Company.  A ticket to the event includes the new beer, all you can eat barbecue, homemade ice cream, games, and more!

It also makes good sense to to sign up for Boulevard Brewing Company’s Unfiltered Whit sweepstakes before August 15. That will give you a chance to win dugout suite tickets and to meet Royals All-Star Whit Merrifield.

3 Trails Brewing has a dessert mead made with all local ingredients. It is a blackberry melomel (14.9%) with Ouachita blackberries and Missouri honey.

Koala Berry Wheat (5.2%) from Casual Animal Brewing Company is back on tap.

Boulevard Brewing Company’s Bob’s 47 (5.8%) Oktoberfest is back on draft and in bottle six-packs.

Speak German? Want to learn German? On the first Tuesday of each month from 6 p.m. to 8 p.m., KC Bier Co. hosts Stammtisch (typically a table for regulars), where German speakers gather at the Bierhalle to drink bier and eat kostprobe (tasting bites), new German recipes KC Bier Co. is planning to roll out in the future.

Bier Station is hosting a fundraiser from 5 p.m. to 8 p.m. for the Advocates for Immigrant Rights (AIRR). Proceeds from the purchase of Boulevard Brewing Company beers will go to this organization.

Brew Crew is at it again with a group run at Servaes Brewing Co. They are opening just for this event, so show up in running shoes, be ready to taste some (post-run) Servaes beers, and maybe win some new running gear!

Heroes for Hospice is hosting a trivia night at Casual Animal Brewing Company at 6:30 p.m. Two dollars from every purchase of the Belgian Witbier, Local Motive, will be donated to the organization. Bring $5, some friends, and win some raffle prizes.

Bell’s Brewery is doing a summer sampling of some new beers at both Cork & Barrel Wine & Spirits locations in Lawrence, Kansas, from 6 p.m. to 8 p.m.

Martin City Brewing Company is hosting a block party for the release of their new beer, Block Party, a lemon strawberry ale. A ticket includes: all you can eat barbecue, seasonal releases, cocktails, outdoor games, homemade ice cream, and inflatables for the kids! Also, don’t worry: They will be showing the Chiefs preseason game starting at 7 p.m. The event is from 4 p.m. to 9 p.m. at The Martin Event Space. Tickets are available here.

The KC Chapter of UNICO, the “largest Italian-American service organization in the United States” is hosting its 11th annual Microbrew Festival in the Zona Rosa Town Center from 5 p.m. to 9 p.m. More than 25 regional microbreweries will be providing samples. Tickets are available, and proceeds go towards local college scholarships.

This is the second week of City Barrel Brewing Company’s month-long Texas Hold’em tournament. The poker league is free and the top three finishers will win some good prizes! There will be weekly prizes as well. Sign in is at 5 p.m. and tournament play starts at 5:30 p.m.