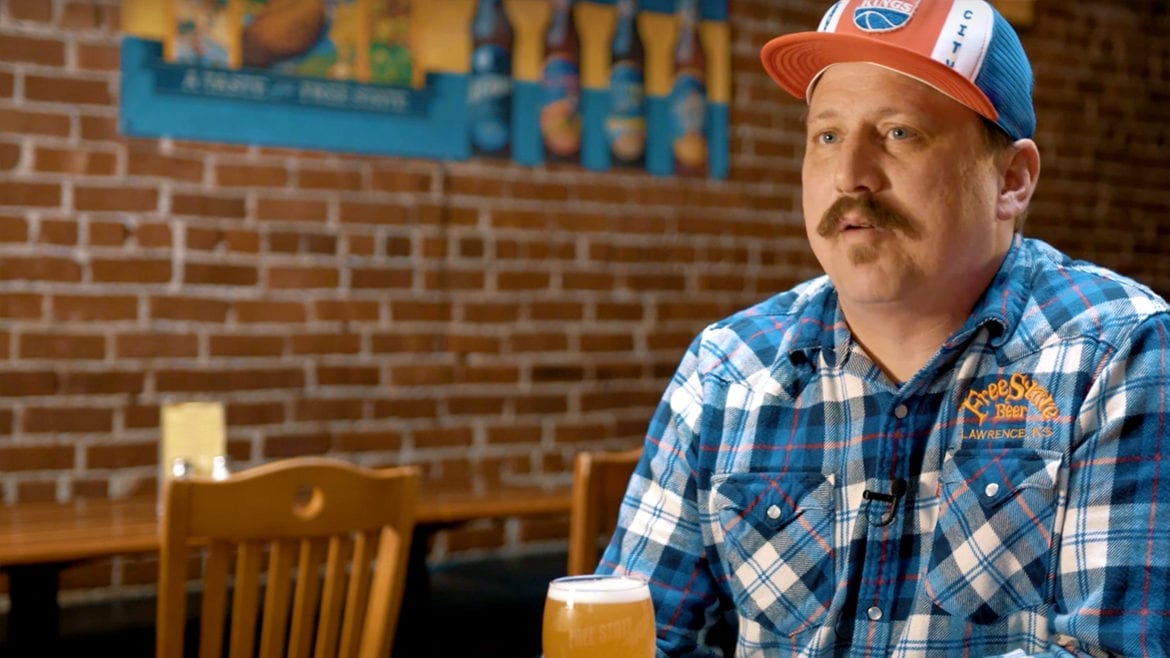 Free State Brewing Co. celebrates with one tap for every year of its existence this Saturday when Bier Station puts 30 of the Lawrence-based brewery’s beers behind the bar.

Free State, founded by Lawrence native Chuck Magerl in 1989, has been the standard-bearer for craft beer in the Sunflower State. It was the first brewery to open after Kansas lifted Prohibition.

“I am proud of our heritage as the inaugural brewery in Kansas. It means a lot of hard work by a lot of good people,” said Geoff Deman, director of brewing operations. “We want to keep pushing innovation in flavors but do so with authenticity.”

Deman, who has been with Free State for 17 years, points to Yakimaniac, the IPA that has become the brewery’s top seller for the past two years.

Free State will not only tap its core lineup on Saturday at Bier Station, but it’ll have a collection of special releases. Ringo (11.3% alcohol by volume) is a barrel-aged stingo (a traditional strong British ale) with “toffee like notes,” and Outer Reaches is an imperial porter.

Get a tropical Brut (dry) IPA in Bora Bora or a dank citrus option with Highwire. Sour fans might opt for Veruca Salt, a tart blueberry beer with cinnamon and salt. Free State will also tap a classic: Old Backus Barleywine (made with plenty of malt and with a high ABV).

After the anniversary parties, Deman will turn his attention to gearing up for the sale of beer in Kansas grocery and convenience stores. A change in state law allows for beer, up to 6% ABV, to be sold via new retail channels on April 1. While that disqualifies Yakimaniac (which is over 7%), Free State plans to have Stormchaser IPA as a year-round offering in six-packs.

“The model these days is to be a production brewery that has a taproom, and we have this research and development arm at the pub where we’re able to create new beers all the time,” Deman said. “I think we were ahead of the curve in certain ways.”

Origin Story | Free State’s Copperhead Pale Ale— Got an origin story you think we should illustrate? Drop us a line on Twitter.

East Forty Brewing Co. has started bottling its brews. The first two are Trappe Star Belgian-style Dubbel Ale and Fools Rush In Imperial Stout (a strong stout). They should be available at the brewery this month.

You no longer have to cross the state line to get your fill of River Pirate (an oatmeal stout). Double Shift Brewing Co. has started distributing to several dozen Kansas bars and restaurants (Barley’s Kitchen + Tap, Burg & Barrel, among them).

Cue the dramatic music. Before iTap existed in Kansas City, it was in St. Louis. The beer bar celebrates its 10th anniversary as a company with a collaboration brew spearheaded by Side Project and Shared Brewing. Since Side Project beers don’t make it out of St. Louis, except in the hands of friends (it’s kind of an “Escape from New York” situation), you should consider snagging a four-pack of Lineage. The juicy, hazy IPA (it’s triple dry-hopped) will also be on tap at 5 p.m. 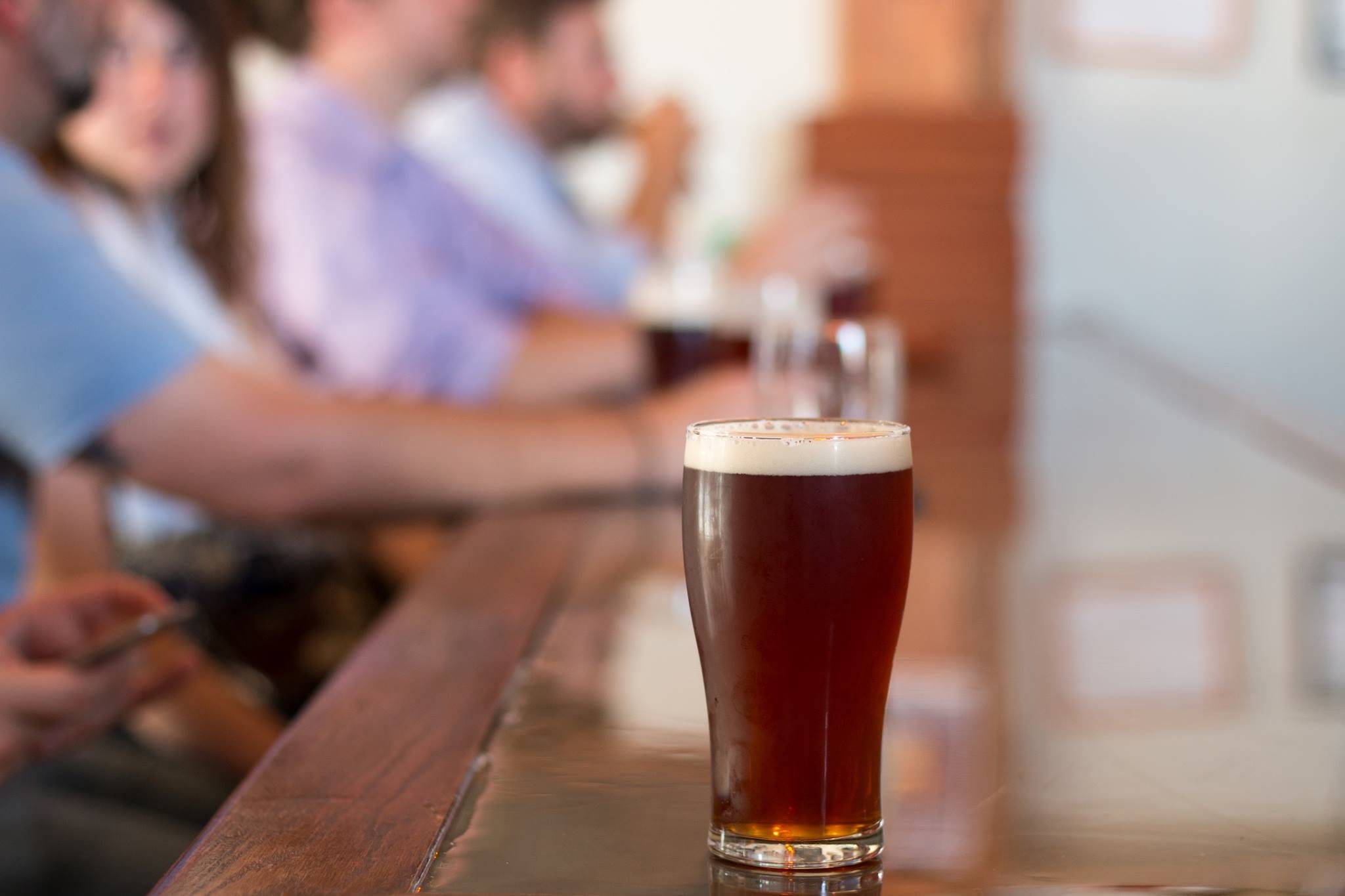 Kids have cake at their parties. Breweries? They make you beer. Border Brewing Co. (406 E. 18th St.), is celebrating its fourth anniversary with a bottle release (mint chocolate milk stout and raspberry chocolate and milk stout) and a beer float collaboration with Betty Rae’s Ice Cream from 4 to 9 p.m. Get a chocolate milk stout with vanilla ice cream or a Neapolitan (vanilla and chocolate ice cream with strawberry blonde beer).

It’s been a hard week, how about some beer and candy? Brew Lab collaborated with brewer Rodney Beagle on a Caramel Latte Stout, which features Encore Coffee. The beer will be paired with Bizz & Weezy candy (while supplies last) at the release party that starts at 4 p.m.

Cookies and beer are magic. I know because I literally wrote the book on Cookies & Beer — seriously, it’s a cookbook called “Cookies & Beer,” and it teaches you how to pair cookies and beer. Find dessert happiness at Kansas City Girls Pint Out’s sixth annual Girl Scout cookie pairing with Stockyards’ beer from 6 to 8 p.m.

You can also check out Grain to Glass (1611 Swift Ave., North Kansas City, Missouri), which has a Thursday Tasting ($15) with three types of beer matched to three Girl Scout cookies.

Learn about the history of the Weston Brewing Co. over a three-course, beer-pairing dinner ($40) put on by KC Local Events from 7 to 9 p.m. at O’Malley’s Pub (500 Welt St., Weston, Missouri). It’s meat heavy with beer-candied bacon and chicken fried chicken.

Wild things happen when breweries get their hands on a barrel. iTap collaborated with Double Shift and Stockyards on a pair of barrel-aged beers that will be released at 3 p.m. Vision Quest is two beers: bourbon barrel-aged Stockyards’ Spirit Cowboy and a rum barrel-aged imperial stout from Double Shift.

Brewers aren’t the only ones that use fermentation. The Brewkery (1443 Swift Ave., North Kansas City, Missouri) celebrates its first anniversary from 11 a.m. to 7 p.m. Check out Hop’d Peach or ginger lime from the kombucha bar.

Need a spot to watch The Oscars? The Screenland Armour (408 Armour Road, North Kansas City, Missouri) is hosting a watch party with Scene Stealers (a movie review site) from 6 p.m. to midnight.

Pitchers and catchers are at spring training. It’s time for you to engage baseball mode. Boulevard Brewing Co.’s ambassador brewer Jeremy Danner will chat with Royals’ commentators Rex Hudler and Joel Goldberg at a benefit for Noah’s Bandage Project (a non-profit that raises funds for bandages and pediatric cancer research). The evening ($60) starts at 6 p.m. at the Boulevard brewhouse bar (2501 Southwest Blvd.) and includes beer, wine and Martin City Brewing Co. pizza.