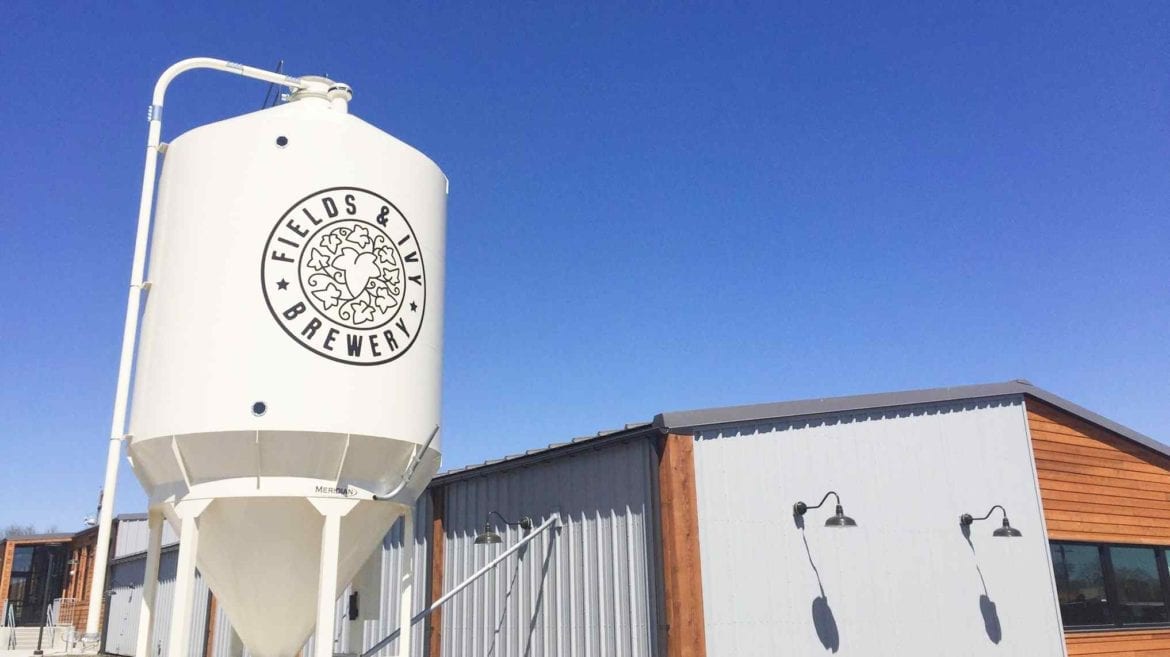 The new Lawrence brewery opened its taproom over the weekend with guest beer on tap. The brewery hired Daniel Chivetta to be brewmaster, and will be serving pizzas, salads and a hot chicken sandwich. This week, Fields & Ivy will open at 4 p.m. daily through Friday.

The brewhouse is still being built out and Fields & Ivy is likely a few months from serving its own beer, which will be made with local grains from Great Plains Custom Grain. The transformation of the former hardware store and lumber yard has taken nearly two years.

Grains & Taps Brewery & Taproom has a new school lunch-inspired pizza: the Sloppy Joe Pizza (made with plenty of sauce) is topped with crushed potato chips. Snag a glass of Puppies With Lasers, a rye New England-style IPA, at the Lee’s Summit brewery.

Strange Days Brewing Co. is releasing the eighth edition of Episodes pale ale on Friday and this version will be made with Citra hops. Strange Days will also have Blonde & Confused, a blonde stout, on tap.

Double Shift Brewing Co.’s Power Moves, a hazy IPA, will return to the taproom this week.

3 Trails Brewing Co. is now open every day of the week. The Independence brewery is open from 4 to 10:30 p.m. Monday through Thursday, 4 p.m. to midnight Friday, noon to midnight Saturday, and noon to 7 p.m. Sunday.

The Wine and Brew Walk on The Square returns to Independence, Missouri, from 6 to 9 p.m. on Friday, June 14. Mosey around local shops and get samples of regional beer, wine and spirits. General admission is $25 ($30 at the door) and VIP is $40.

Beer and barbecue. Don’t overthink it. Brew-B-Que is Saturday, June 22, at noon on the grounds of the Kansas City Renaissance Festival in Bonner Springs, Kansas. The festival combines craft beer and barbecue food trucks. General admission tickets are $40. VIP tickets, which include barbecue samples and a VIP area, are $55.

Fermentation might just be your superpower. Discover the magic of fermentation with How to Make Kombucha from 5 to 7 p.m. at Grain to Glass. The class includes a scoby, a symbiotic culture of bacteria and yeast, which helps ferment tea to produce kombucha.

Strange Days Brewing Co. will be hosting Wiesen in a Box, an Oktoberfest on wheels, from 3 to 10 p.m. The mobile beer garden, sponsored by the Goethe-Institut, will be serving up German beers and pretzels.

The latest release in Boulevard Brewing Co.’s Brewhouse One Series drops at 10 a.m. Squeezy Like Sunday Morning, a double dry-hopped hazy IPA, will be available in the Tours & Rec gift shop. Sales will benefit the Kansas City, Missouri Department of Parks and Recreation’s beautification efforts in Penn Valley Park.

Feel like going back to prom? Crane Brewing Co. is holding Prom Night from 6 to 10 p.m. The theme is under the sea. The Raytown brewery will be serving alcoholic punch, judging for the best dressed and the Lunamelt food truck will be onsite.

Afterword Tavern & Shelves is throwing a Boozy Beer Brunch from 11 a.m. to 5 p.m. highlighting a pair of Double Shift brews. The menu will also feature baked goods that use spent grains from the brewery.

Servaes Brewing Co. is now open from 11 a.m. to 8 p.m. on Sundays and has worked out delivery from neighboring Old Shawnee Pizza. The Shawnee brewery has also launched its Daiquiri Sour Series with a new beer take on the popular cocktail. Last week, a slightly tart watermelon kicked off the series.