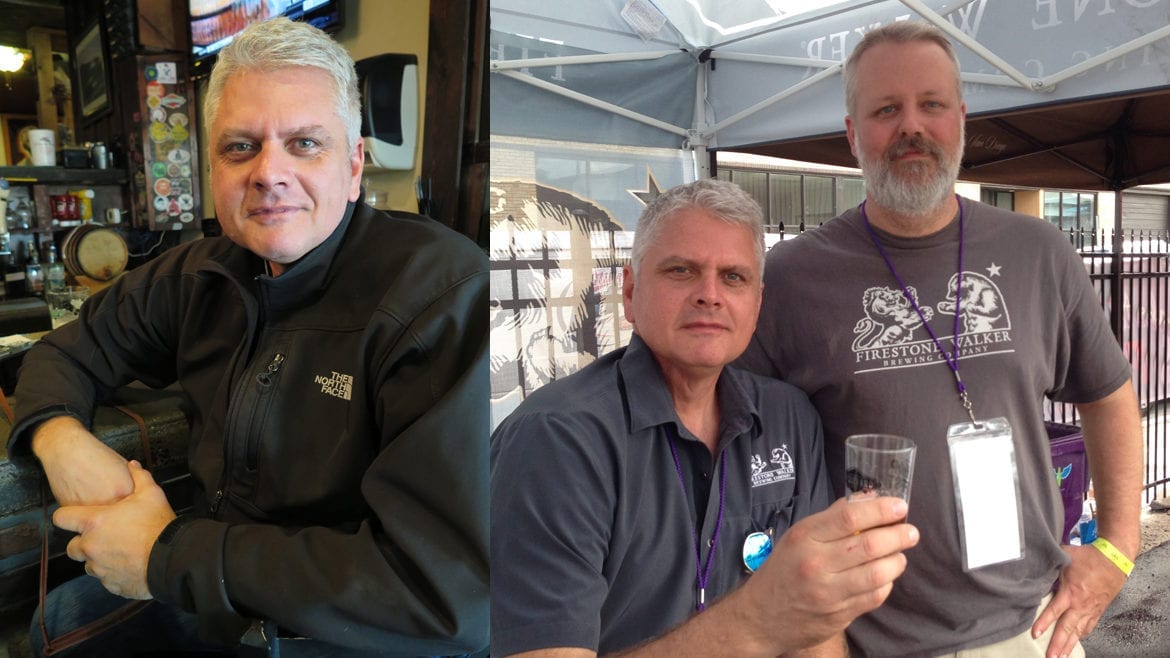 John Bryan was a longtime fixture at the Boulevard Brewing Company and in the Kansas City craft beer community. (Pete Dulin I Flatland)
Share this story

Kansas City’s craft beer community lost one of its most familiar faces last week. John Bryan died on Wednesday, April 12, at St. Luke’s Hospice House in Kansas City following a massive stroke. JB, as he was known to many, was 52 years old.

A mainstay at beer festivals and one of the architect’s of Kansas City’s beer landscape, Bryan worked for Boulevard Brewing Company for 17 years. His career with Boulevard began as a truck driver and part-time salesman and ended with him as the director of the brewery’s Artisanal Division, where he helped launch the Smokestack Series. He recently became the Central Territory Sales Director for the Firestone Walker Brewing Company, Boulevard’s sister brewery, and, in that new position, was a fixture at beer events around the country.

Anyone who met Bryan and spent time with him likely parted with a story, as such JB was a beloved and respected figure in the world of craft beer. Numerous tributes and photos shared via social media attest to his generosity, wit, knowledge of beer, innate coolness and zest for life. Who else hosts a Moose Tacos tailgating party in honor of Royals’ player Mike Moustakas? More information about John’s life, the Bryan Children College Fund, and celebration of life services can be found here. The taps are flowing at the newly opened Draftcade in Zona Rosa. (Pete Dulin I Flatland) Class is in session at Grain to Glass (1611 Swift Avenue, North Kansas City). The “Beer Flavor ID” session ($40) presents ten flavor spikes with an explanation of possible causes and preventions. The class is two hours in length. Registration is required.

Join Beer Paws for a pop-up shop at Gordon Biersch‘s Maibock Tapping Party (100 E 14th Street) from 5 to 9 p.m. The event is also a benefit for the Humane Society of Greater Kansas City.

Celebrate Earth Day and National Park Week with Boulevard Brewing Company at its Beer Hall (2534 Madison Avenue). The brewery will conduct special sustainability-focused public tours, and Ripple Glass will be in the Tours & Rec Center spreading the word about glass recycling and handing out swag. Additionally, $1 from every can of beer sold in the Beer Hall will be donated to the National Park Foundation.

Science matters at Bier Station (120 E Gregory Boulevard), when they host the KC March For Science After Party/Earth Day Fundraiser from 11 a.m. to 8 p.m. in the parking lot. Cinder Block Brewery, Torn Label Brewing Company, Uinta Brewing, and New Belgium Brewing will have featured beers on the Station’s tap wall. Each brewery donates a large keg to a different “green” cause. Bier Station will buy an additional, large keg from each brewery to help raise funds for Bridging the Gap, KC STEM Alliance, The Nature Conservancy, and the National Park Service. The event is free.

Today and Monday, April 24, pop over to Boulevard Brewing Company’s Beer Hall (2534 Madison Avenue) for ZON Belgian-Style Witbier and keep the glass. For $14, get a 23-ounce gold rim Hefeweizen ZON branded glass and a full pour.