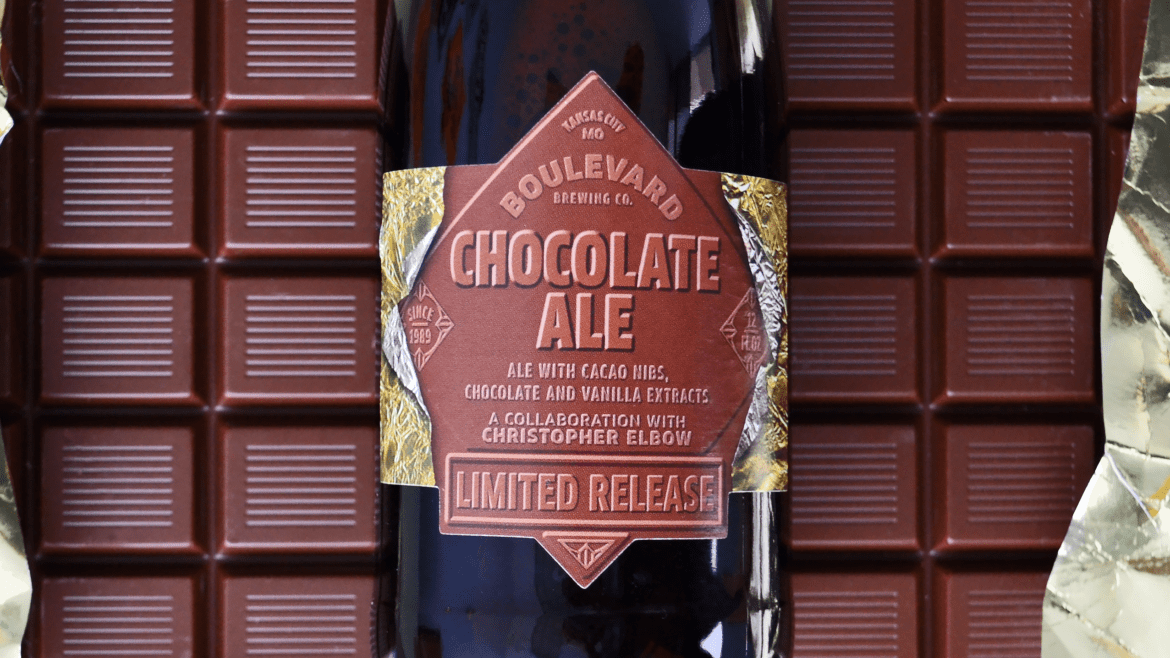 Boulevard Brewing Co.'s Chocolate Ale, a collaboration brew with Christopher Elbow, is out in four-packs and on draft this week. (Contributed | Boulevard)
Share this story

There’s a whole new kind of chocolate fountain in town. Chocolate Ale (8.7% alcohol by volume) is back. The collaboration brew between Boulevard Brewing Co. and Christopher Elbow, which debuted in 2011, has inspired folks to stalk delivery trucks, led to a recall and had a brief dalliance with raspberry as an additive.

This year’s iteration, made with cacao nibs, chocolate and vanilla extract, will be in four-packs of 12-ounce bottles and on draft. It started popping up around Kansas City yesterday.

Last week, Boulevard issued a voluntary partial recall of bottles of Tank 7 based on an issue with its glass manufacturer. The bottles, which could potentially have pieces of glass floating in the beer, were in six-packs distributed in Kansas City, Missouri (Omaha, Nebraska, was impacted, as well) on or after Dec. 28. (Boulevard has more information on the recall and refund details here.

“A few bottles that came through were not rejected, and the manufacturer is looking into why that happened,” Krum said. “We’re reviewing everything right now.” 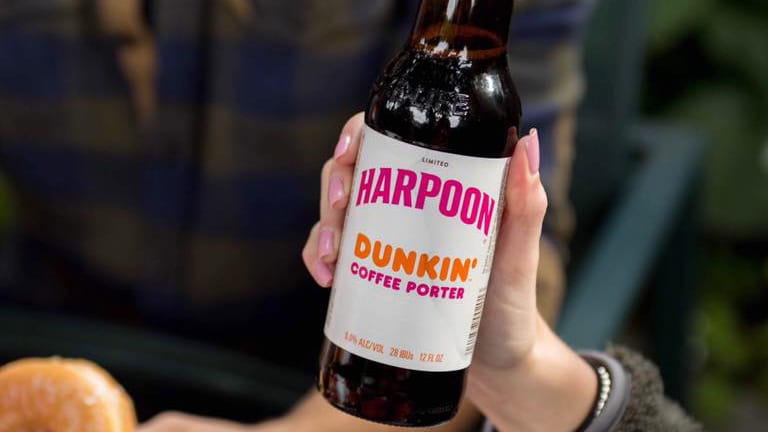 With Valentine’s Day on the horizon, Wakarusa Brewing (710 Main St., Eudora, Kansas) is working on a chocolate raspberry imperial stout.

Dunkin’ Donuts in Boston are like barbecue spots in Kansas City. If you drive by one, there’s no need to turn around, because you’ll come upon another shortly. Dunkin’ Coffee Porter from Boston-based Harpoon Brewery, has arrived in the heartland, alongside Harpoon IPA and a Hop-o-Rama variety pack.

We all need a little bit of Florida from time to time. Double Shift Brewing Company (412 E. 18th St.) is releasing Florida Man Dry Hopped Pineapple/Guava Sour (6.7% ABV), [not all of the name will fit on the tap handle], a “a fruity tart sour with a noticeable dry hop character,” on Thursday, Jan. 24.

Florida Man riding an office chair in a parking lot in his underwear is NOT arrested. https://t.co/9k37R7HOXl pic.twitter.com/qmvQbNWjra

Hopcat (401 Westport Road) is featuring New Belgium Brewing Co. in a four-course beer dinner from 6:30 to 9 p.m. on Tuesday, Jan. 29. The courses include a kale salad and a black tea-braised pork loin paired with pale ales. Tickets are $30.

Get a glimpse of the next crop of folks who might just open a brewery in Kansas City. The third annual Spring Fling Beer Fest (April 6), put on by the Rotary Club of North Kansas City, has local homebrewers and features folks who are actively pursuing a career in beer. Tickets are $30 in advance and $40 at the door, and the proceeds go toward the rotary club’s charitable fund. The event will be held at iWerx (1520 Clay St., North Kansas City, Missouri). 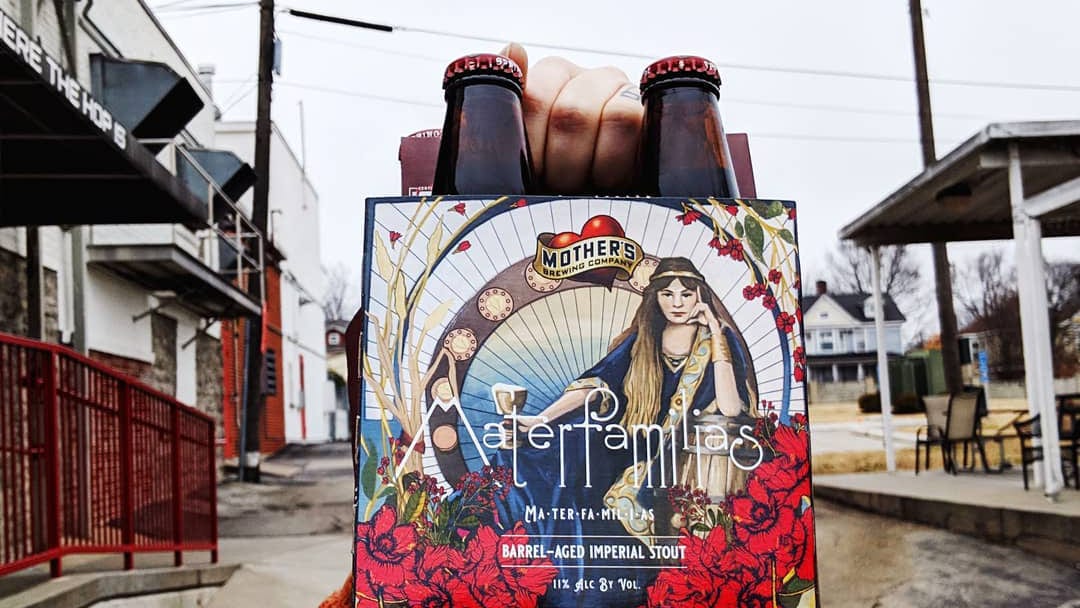 Drink Beers. Help Dogs. Ales & Tails, a benefit for Pawsitive Tails Dog Rescue (a charity that helps find foster and permanent homes for canines) put on by Rimann Liquors, is from 7 to 10 p.m. at Thompson Barn (11184 Lackman Road, Lenexa, Kansas). KJ’s Pizzeria will be dishing up pizza, and eight area breweries will have beer samples. Tickets are $25.

KC Bier Co. & Smokin’ Guns BBQ (1218 Swift Ave., North Kansas City, Missouri) are collaborating on a beer dinner from 6:30 to 8:30 p.m. The four-course meal will pair smoked brisket with KC Bier’s Dunkel and a bread pudding with caramel pecan sauce and Winterbock. Tickets are $30 or $50 for a couple.

We are all in search of something righteous. Strange Days Brewing Co. (316 Oak St.) releases Ryeteous (9.5% ABV), an English-style barleywine that the brewery notes has some “caramel and rye spice flavor.”

Fight the elements the only way that makes sense: chili and beer. The Big Chill event is at Stockyards Brewing Co. (1600 Genessee St., Suite 100) from 1 to 4 p.m. The chili-and-beer-tasting festival began at 75th Street Brewery, the former home for brewer Micah Weichert, in 2010. The Big Chill is outdoors. Bundle up. Tickets range from $40 to $75.

Dine among the barrels at Crane Brewing Co. at 6:30 p.m. Chef Chad Tillman will be preparing a four-course dinner ($55) with pairings: a pork shank braised in Omar Porter — served with…Omar Porter — and a honeycrisp apple brulé with apple spice gose.

Celebrate Australia with ‘Straya Day at Banksia (105 W. Ninth St.) from 6 to 10 p.m. The bakeshop and restaurant will have Australian beer, sausage rolls, lamb cutlets, games and music. Tickets are $40 ($25 for kids under 13 years old).