Tap List | Chatting with Calibration, Plus A Reuben Beer Pairing 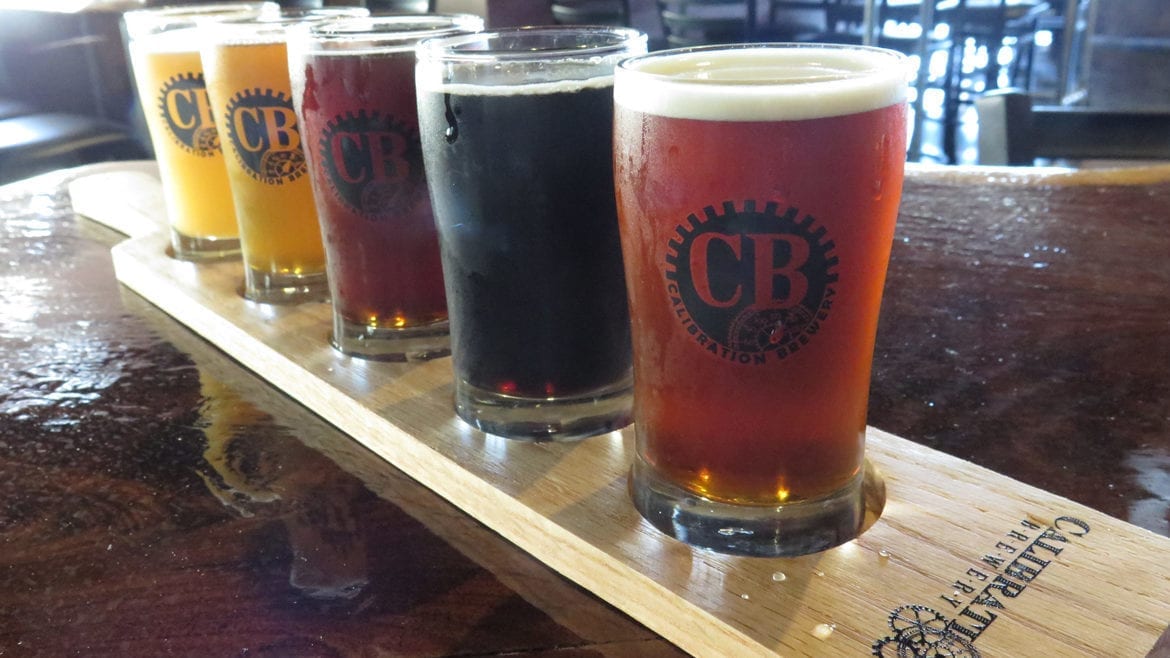 As the brewery nears its first year in business, Flatland reached out to Glen Stinson, owner of Calibration Brewing, with five questions about his fledgling company.

Flatland: What can you share that demonstrates the brewery’s growth since inception?

What was the biggest initial challenge to open the brewery?

Meeting self-imposed deadlines. Since we served as our general contractor, doing the construction, designing and work was enjoyable but at a great effort.

Getting our patio area open. Although we are nowhere near completion, it is great to see our patrons enjoy the space. Bocce ball courts are soon to come.

What’s the most rewarding aspect of operating the brewery?

Looking back and seeing what has been accomplished. Also, getting to know the different personalities of those working at Calibration and appreciating them as our greatest asset.

Any advice you’d give to up-and-coming brewery owners and brewers?

Count the cost and see if you have the time and the energy. 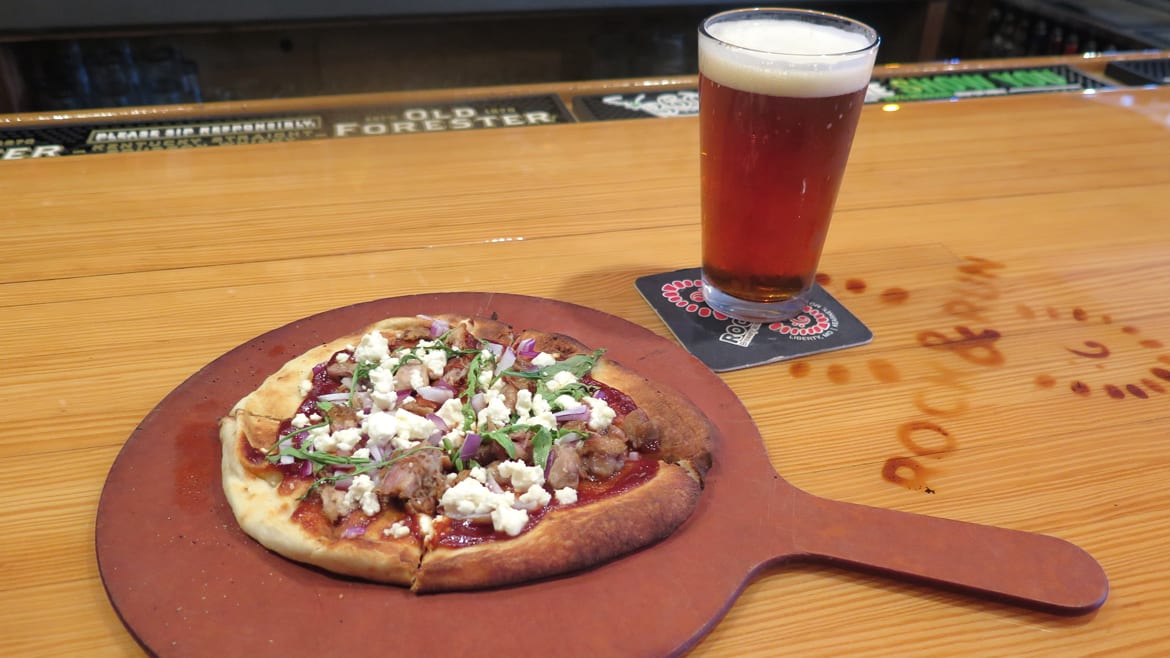 Prime Pairing: Beer and Food at Rock and Run Brewery and Pub

Rock and Run Brewery and Pub (110 E. Kansas St., Liberty, Missouri) recently regained its full dining room after renovation, installed a new brewhouse, and upgraded its menu. A close look at the menu reveals several tempting beer and food pairings to enjoy at the brewpub.

The hearty reuben, made with thick-cut marble rye bread, corned beef, Swiss cheese, Thousand Island dressing, and sauerkraut, is an ideal match with Ryely Porter, a porter made with rye malt. Used in beer, rye adds a hint of peppery bite that stands up to the rich flavors of a reuben.

For a lighter touch, consider the cedar plank grilled salmon served with quinoa and seasonal vegetables. Liberty Squared American Blonde Ale and Bleach Blonde Pale Ale each have low IBUs and hoppiness that won’t overwhelm the delicate flavors of the dish, yet provide enough crisp finish to counter subtle, smoky notes from grilling. 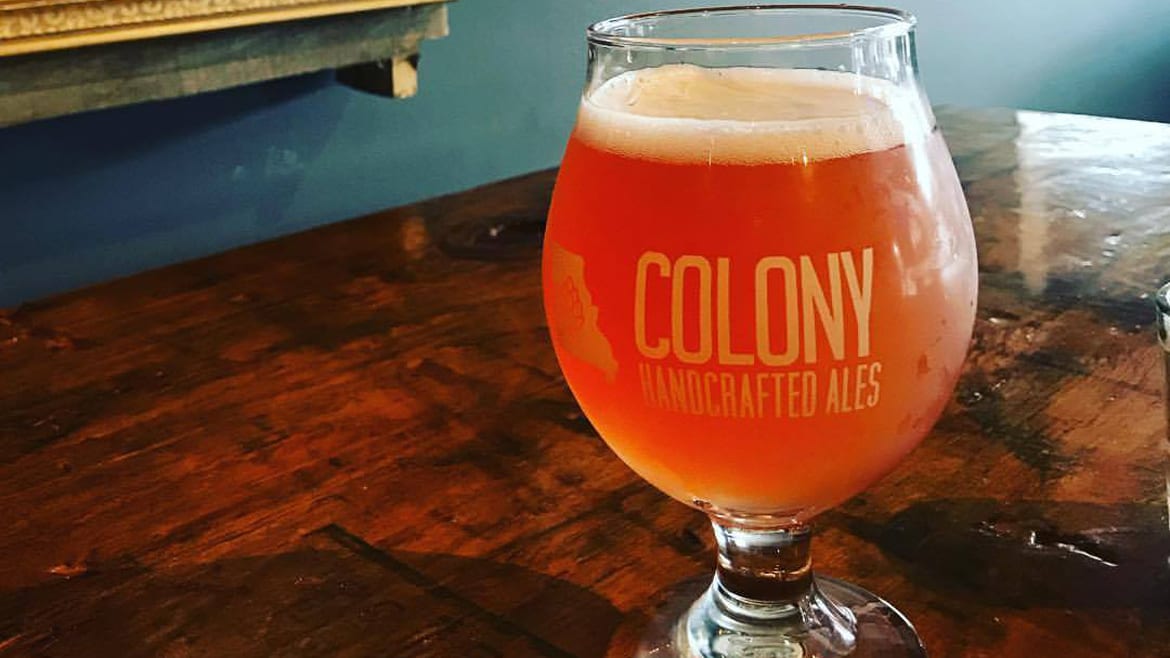 Tickets are now on sale for the Seventh Annual Strong Ale Fest in Westport (4057 Pennsylvania Ave.). Held on Saturday, Nov. 11, 1 to 5 p.m., the popular fest is a cold weather outdoor event. Tickets ($40 advance, $50 day of event) include entry, a commemorative glass and unlimited beer sampling of more than 70 beers at 8-percent ABV or higher. More than 30 American and international craft breweries will be represented. The event is a benefit fundraiser for AIDS Walk Kansas City. “Every batch uses different, locally grown, fresh hops,” DeClue said. “We use the exact same grain bill, yeast, and fermentation profile. Each version has the characteristic flavor of each hop variety, giving the drinker an education in different hop flavors.”

Barley’s Kitchen and Tap (11924 W. 119th St., Overland Park, Kansas) toasts its 22nd anniversary. Visit for Sour Night with Boulevard Brewery as Barley’s taps Love Child No. 8 and Berliner Weisse. The taproom will also have bottles (while supplies last) of Love Child No. 3 through No. 8 and Foeder Project No. 2.

Barley’s Kitchen and Tap (16649 Midland Drive, Shawnee, Kansas) taps a very limited release of The Variant Imperial Stout from Schlafly. Some of the beer was aged in port barrels while some of it rested with cocoa nibs.

Krokstrom Klubb & Market (3601 Broadway Road) and Crane Brewing Company co-host a celebration of beets at 6 p.m. with a five-course meal prepared with beets as the star ingredient. Each course will be paired with a Crane beer, such as its Beet Weiss, or a beet-based cocktail. Brewery co-founder Michael Crane shares the history of this award-winning beet beer. Limited seating, $75 plus tax and gratuity. Reservations required.

Gorge on a four-course beer dinner prepared by Pinstripes (13500 Nall Ave., Overland Park, Kansas) and paired with Boulevard Brewing’s beers. A Boulevard representative and Pinstripes’ chef will discuss with guests how each pairing enhances the dining experience. $50 tickets include tax and service.

It’s the fall seasonal return of Literally Can’t Even (LCE) Belgian Strong Ale (9.62-percent ABV, 24 IBUs) at Double Shift Brewing Company (412 E. 18th St.). From 2 to 6 p.m., Bizz & Weezy Confections will have chocolates – perhaps some beer caramels – available for purchase. New Crossroads neighbor Messenger Coffee will have coffee for sale. LCE will be on draft and in a limited number of bottles for sale.

For those about to rock, head to the Rocktöberfest Fall Festival at Rock & Brews (5701 W. 135th St., Overland Park) for a beer garden with local breweries, such as Kansas City Bier Company, offering samples, live music, and food.

Unleash animal instincts at Brew at the Zoo & Wine Too held at the Kansas City Zoo (6800 Zoo Dr.) from 7 to 10 p.m. Sample beer and wine from local producers, listen to live music, and nosh on eats from food trucks. Funds raised aid rhino conservation. Tickets are $35 for Friends of the Zoo members, $45 for non-members.