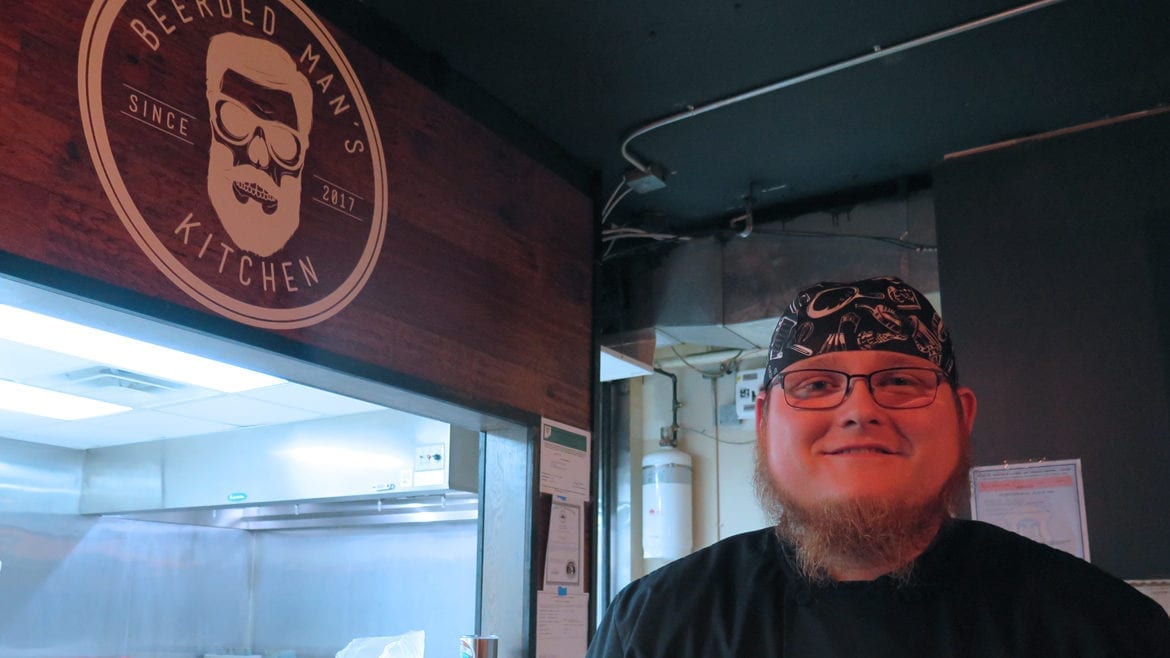 Callsign Brewing (1447 Gentry St., North Kansas City, Missouri) plans to arrive in January or February of 2018, according to co-founders Steve Sirois and Morris Loncon. Sirois and Loncon signed a lease for their building, a former tire patch manufacturer, in May of this year.

“We fell in love with the building as soon as we looked at it,” Sirois said. “It resembles an old aircraft hanger. Right now, we are in the process of remodeling.”

Sirois and Loncon, who served together in the Air Force Reserves, have been homebrewing for six years. They expanded on their initial five-gallon system as they upgraded equipment and even built a small-scale, 1.5-barrel brewery in Sirois’ basement.

“We came up with the Callsign Brewing concept after a crash of a military aircraft that occurred in 2013,” Sirois said. “It was an aircraft that both Morris and I had flight time on. We were brewing an IPA and decided to name that beer we were brewing after the callsign of that aircraft.”

During brewing, the men discussed the many people in the service they knew that never made it home.

“Morris suggested that we name our beer after the callsigns of aircraft we have lost as a personal tribute to the men and women that died for our country,” Sirois said. 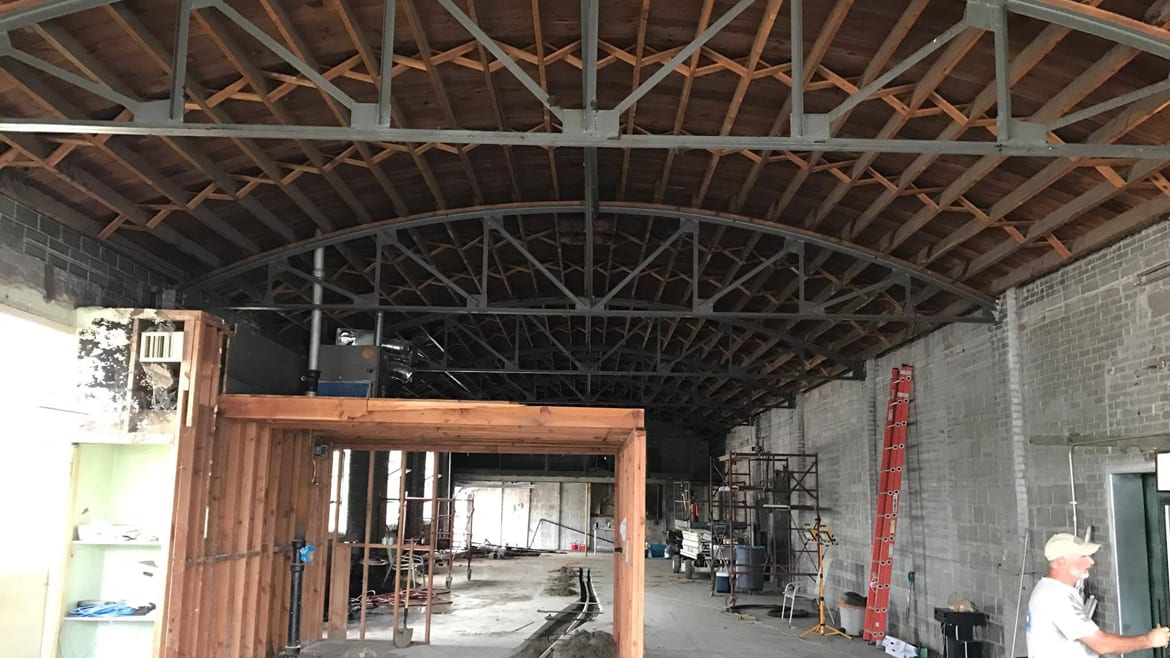 Callsign Brewing plans to have eight beers on tap at first and expand to a dozen taps within a year. Sirois and Loncon have 26 different beers in their repertoire.

“We are in the works to have an annual beer fest event, where all profits will go to the Gary Sinise Foundation,” Sirois said. “His foundation helps disabled veterans. We will not only honor fallen military, but also fallen police officers and firefighters.”

Callsign Brewing also plans to give a portion of profits to help soldiers suffering from post-traumatic stress disorder.

In September, Jason Fritz, a former Cerner employee, established Beerded Man’s Kitchen as a separate business within the space.

“Our friend wanted to open a food truck and couldn’t find the right food truck that he wanted,” Henderson said. “We needed a food option and said he should open up his kitchen in our space.”

The grill offers fried snacks, sandwiches with fries, a loaded burrito, salads and specials. The dishes provide a substantial meal to complement the selection of craft beer on tap made by Colony’s head brewer Rodney Beagle, as well as other featured regional breweries.

“My bacon jam is made with bacon, caramelized onions and garlic, maple syrup and apple cider vinegar,” Fritz said. “It’s sweet and savory.”

Try pairing the pork belly burger with Phantom Power, a harvest ale akin to an Oktoberfest-style beer. A classic yard beer is also a crisp, light alternative to wash down the rich burger. Another standout is the meatless Philly made with four types of bell peppers, onions, and American cheese, and served with a Sriracha-laced sauce and fries. Pair it with an IPA on tap. 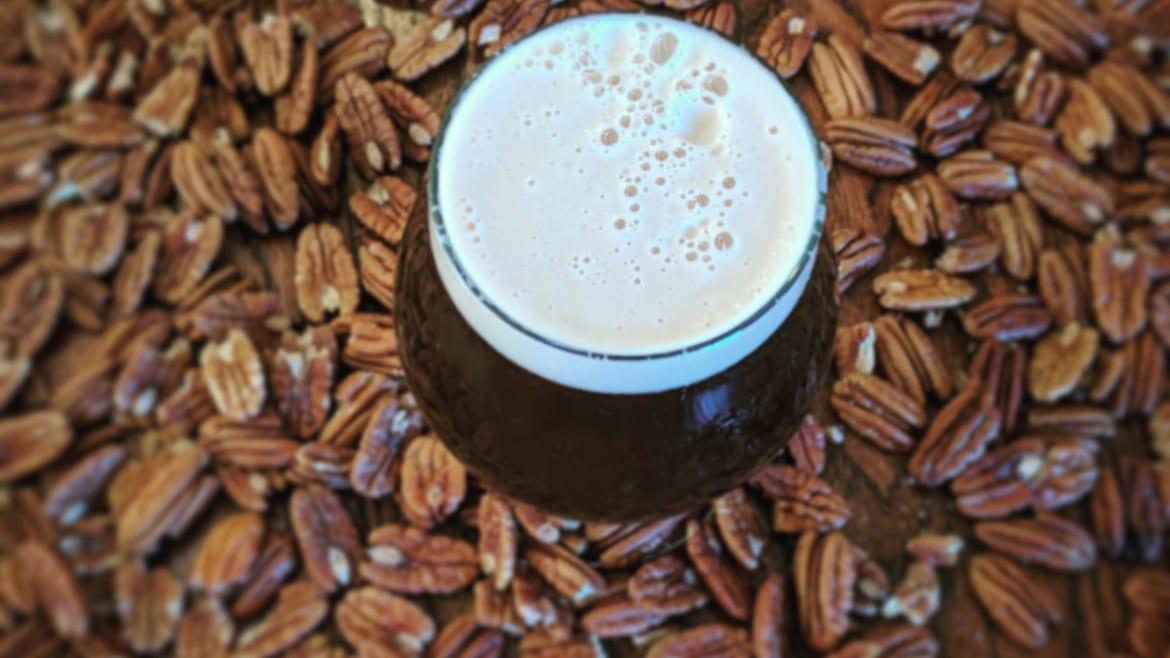 The new Visit KC Tap Tour book guides are available for sale ($7). Kansas City Bier Company is one of six breweries selling them, and one of 19 breweries that have a discount listed in the book. At KC Bier, save $2 off the first bier, and earn a stamp in the book.

Grains & Taps (10 SW Third St., Lees Summit, Missouri) has Samuel Smith Oatmeal Stout on draft. It’s the first time in the 259-year history of Samuel Smith’s brewery that kegs have been shipped to the United States. The KC Tap Tour is back for a second season. (Courtesy of Visit KC)

Helping Hops Nano-Brewfest, a benefit for the Leukemia & Lymphoma Society, unites local homebrewers and KC breweries to raise funds for the nonprofit. Head to The Oliver Building (1321 W. 13th St.) in the West Bottoms for beer tastings, a silent auction and live entertainment. All ticket proceeds benefit LLS to help find a cure.

International Tap House taps Samuel Smith Oatmeal Stout, one of the first area taprooms to serve the beer on draft.

Thursday tastings from 5 to 7 p.m. at Grain to Glass focus on stouts. Try five samples of recent releases of stouts ($15).

Boulevard Brewing Tours & Rec Center (2534 Madison Ave.) partners with KC Beard Balms for the Second Annual “Believe in your Beard” No Shave 2017 campaign. The campaign benefits Children’s Mercy for cancer research, prevention and education. From 10 a.m. to 4 p.m., KC Beard Balms will sell limited-edition BELIEVE Charlie Hustle t-shirts. Twenty-five-percent of the proceeds from each shirt sold benefits Children’s Mercy. Boulevard will donate all tips received to support this cause.

— Pete Dulin writes about food trends for Flatland and is the author of The KC Ale Trail. Follow @FlatlandKC and #TapList on Twitter for more food news and trends.