The Sweet Heat of Hot Helga Nordic Mustard is No Myth 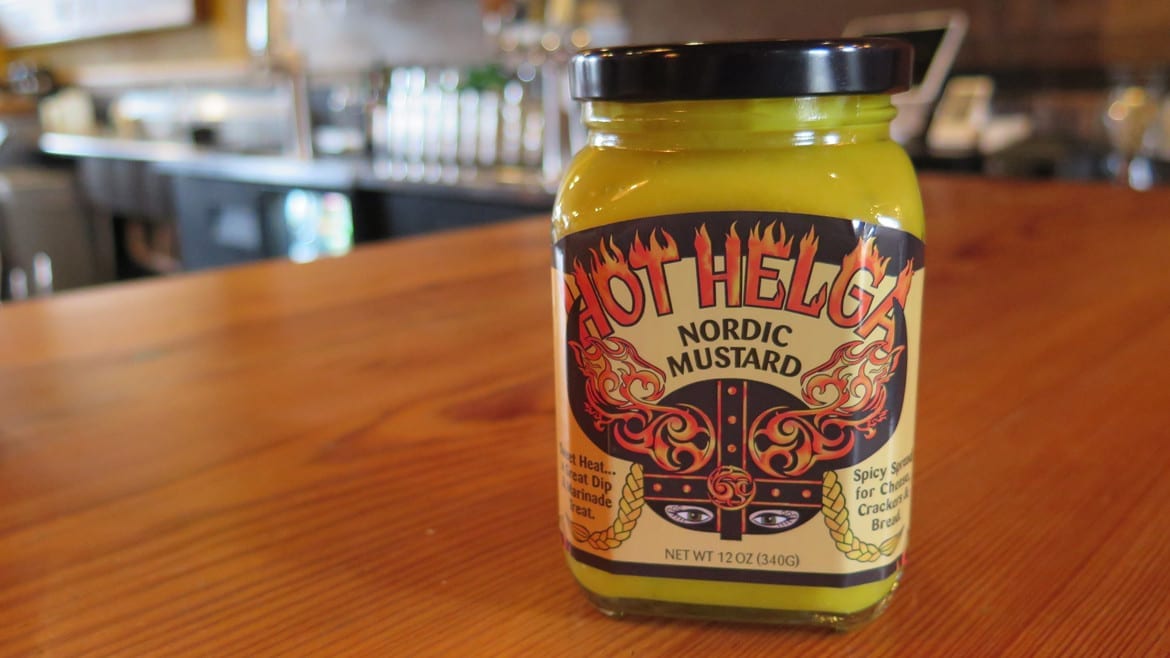 Developed by Noreen Schwein, Hot Helga Nordic Mustard inspires spicy visions of fierce and shapely, flaxen-haired valkyries and brawny, muscled Vikings. The mustard’s spiciness actually comes from the use of jalapenos balanced by a touch of sweetness. While the mustard doesn’t have ancient ties to Norse myths, the story of Hot Helga is one to savor.

“I’ve been making this mustard since the Eighties for friends and family,” said Schwein, whose ancestry is German, Irish, and a touch Scandinavian.

Schwein tasted a similar mustard that a friend brought back from West Virginia decades ago. She decided to tinker with the recipe and developed her own version through trial and error over 10 years. German and northern European immigrants from past generations have certainly influenced aspects of cuisine in West Virginia and other Southern states. For example, barbecue sauce in the Carolinas emphasizes a sharp vinegar tang over the more balanced sweet-smoky sauce found in Kansas City.

The Nordic association happened by chance. Schwein said, “My friends started calling it Hot Helga and the name stuck.”

The Hot Helga website touts the “legend” of Helga, Royal Nordic Shield Maiden. Schwein has served her mustard to people with Danish ancestry. They confirmed that the sweet-hot mustard does indeed resemble a traditional Scandinavian version. 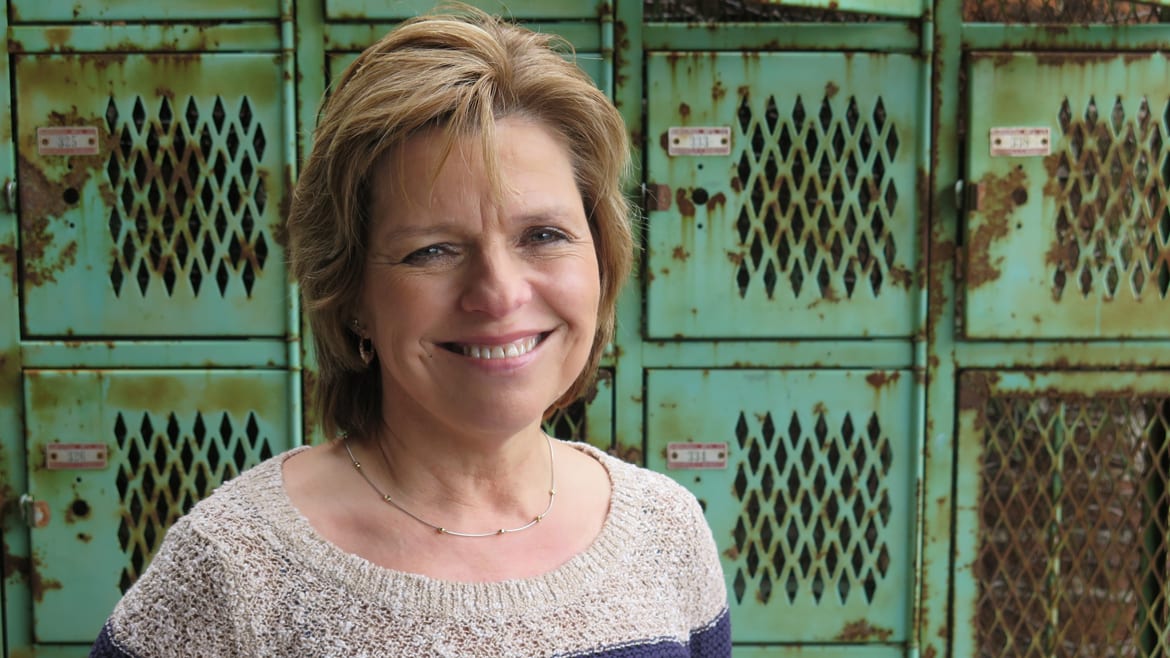 Hot Helga has a thinner consistency than traditional yellow or brown grainy mustard. Gluten-free rice flour is used to add body. The taste is tangy and sweet followed by the distinct mild vinegary kick of jalapeno.

Suggested uses for the mustard include applying it as a sandwich spread, in deviled eggs and potato salads, as a marinade or glaze on meats and vegetables, or even blended with balsamic vinegar for a salad dressing. Schwein has dressed Brussels sprouts and glazed rosemary chicken and pork loin with the spicy mustard.

Schwein formed her Lenexas-based company in 2014 and began selling the mustard in November of that year. She formally launched the venture the same month that she retired. Schwein was a meteorologist and hydrologist for the National Weather Service for 35 years. Ready to start a new chapter, she shifted from science to business and contracted with Kansas City-based La Fontanella Foods to commercially produce her condiment.

By early summer, Schwein plans to introduce another product, Smokin’ Hot Helga, a mustard that uses habanero instead of jalapeno. Hot Helga is available online and more than a dozen locations in Kansas City, including select Hy-Vee and Hen House stores, Pryde’s in Westport, McGonigle’s Market, and GreenAcres Market.

–Pete Dulin writes about food trends for KCPT’s Flatland, and is the author of the KC Ale Trail.