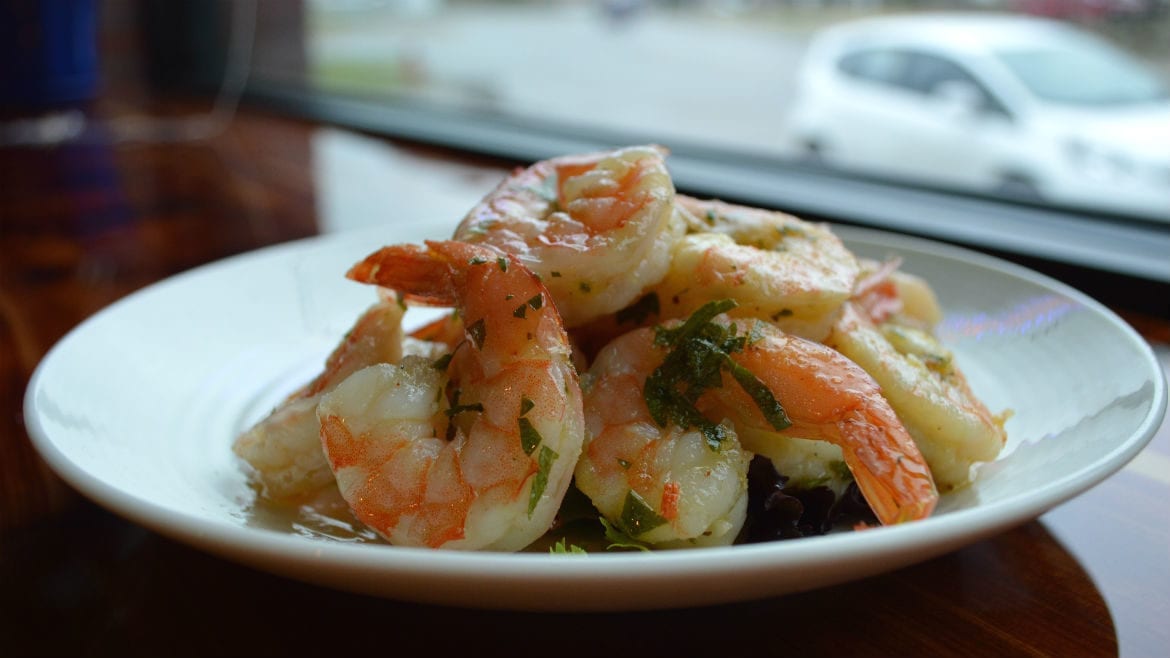 Chef John C. Smith's recipe for pickled gulf shrimp is an easy appetizer for a formal or informal party. (Jonathan Bender I Flatland)
Share this story

At EJ’s Urban Eatery (1414 W 9th St.), you walk through the split dining room to get to the ordering counter, which doubles as the host station. And it’s there that a chalkboard menu awaits with an invitation to make up your plate. The month-old EJ’s is a modern take on a ‘Meat and Three,’ where diners pick a protein (think breakfast ribs, grilled salmon or smoked brisket), and then three sides (macaroni and cheese, braised greens, garlic mashed potatoes and gravy) or more.

The ceiling in the West Bottoms restaurant is clad in aluminum siding and warm wood offsets the bare brick walls in the space that once held Jerry’s Woodsweather Cafe. The long diner counter at Jerry’s has been replaced by a bar with a foot rail and black stools angled toward the open kitchen. Jazz flows down over the low hum of conversation, a few couples lingering at the end of the lunch hour.

Chef John C. Smith pops out of the kitchen to visit with a table before coming over to talk about his recipe for pickled gulf shrimp, a current happy hour dish at EJ’s. 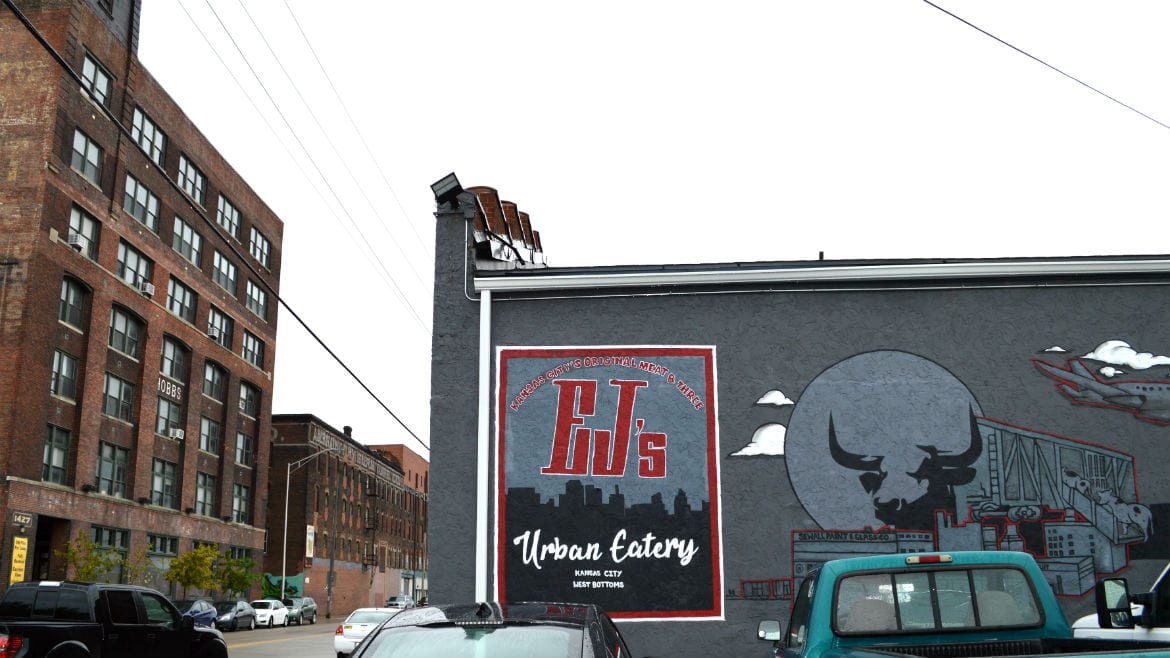 During Happy Hour, the pickled gulf shrimp leaves the open kitchen with regularity alongside plates of espresso-rubbed brisket sliders. Smith, previously the executive chef at Pig & Finch and The Jacobson (where his house espresso-rubbed burger remains one of their top sellers), has a deft touch with red meat. There’s a smoker in back and the mouth-watering scent of burgers wafts down in front of the West Bottoms mural (painted over the Blues Brothers-inspired lunch fare that dotted the exterior walls of Jerry’s) in the parking lot. But it’s the shrimp, which calls to mind “sitting on the porch and drinking sweet tea,” that he comes back to this afternoon.

“I’ve made it for private events and picnics,” Smith said. “It’s something that is easy to do ahead of time and travels well.”

Smith recommends pairing this dish with white wine, an Old Style (or a Boulevard Pale Ale, if you prefer craft beer), or sweet tea.

To Make The Shrimp:

Bring Old Bay and 8 cups water to boil in a large sauce pan. Add the shrimp and the reduce the heat to low. Cook until the shrimp are pink, about two minutes. Drain the pot and transfer the shrimp to an ice bath (a bowl filled with ice water) to chill. Drain again. Set the shrimp aside.

Finely grind the celery seeds and allspice in a spice grinder. [Don’t have a spice grinder? Use a coffee grinder or place the spices in a Ziploc baggie and use the bottom of a heavy pan to crush the seeds and berries. You can also substitute in ground spices.].

Transfer the spices to a medium bowl and stir in the olive oil, lemon juice, parsley, salt, chili flakes, garlic, and bay leaves. Stir until the ingredients are uniformly mixed.

Place the shrimp in a two-quart container and pour the oil mixture over the top. Cover with a lid and chill in the refrigerator overnight.

Remove the container from the fridge and allow it to sit on the kitchen counter for 20 minutes. The olive oil will harden overnight and this allows it to return to a liquid. Use a slotted spoon to take out the shrimp and remove excess oil before serving on a bowl or platter.