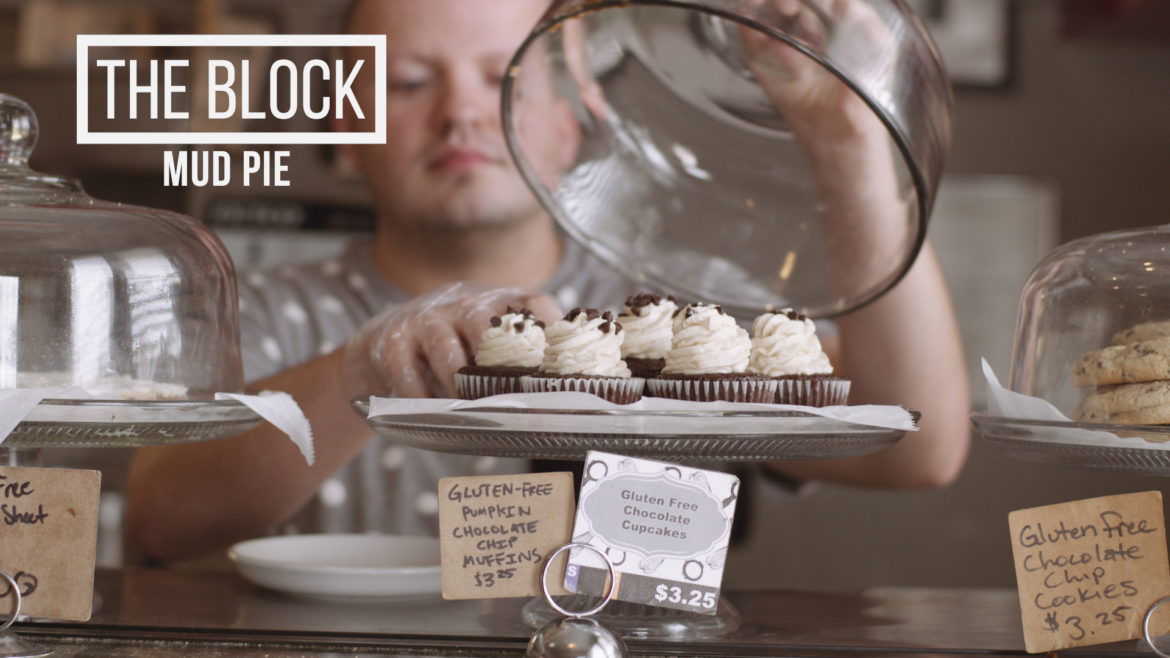 Mud Pie offers both vegan and gluten-free baked goods along with its coffee. (G10 Creative | Flatland)
Share this story

Mud Pie Vegan Bakery & Coffee has baked up a unique niche on 39th Street, arguably the most eclectic street in Kansas City.

“Being vegan is scary for a lot of people,” adds co-owner Michael Valverde. But after some early experimentation, he became convinced: “This is do-able. You can do some things that are friggin’ awesome tasting, delicious and you can still kind of be your gluttonous self if you want.”

That’s glutton, not gluten. Mud Pie has plenty of gluten-free options. Find out more on this week’s installment of our video series, “The Block.”

“The Block” takes viewers on a journey through Kansas City’s streets to get a sense of the people and cuisine – the fabric of KC’s neighborhoods. But this isn’t just a food show. There’s history, culture and unknown facts about Kansas City. You’ll go inside kitchens, see how food and drinks are made, and peek into the lives of everyday Kansas Citians working in the service industry.

“The Block” is a series produced by G10 Creative. Watch for Flatland digital shorts on Fridays, and full episodes on KCPT.

Study Finds Folks in Missouri and Kansas Flocking to Sonic