Monarch Gets Ready to Brew in Valentine 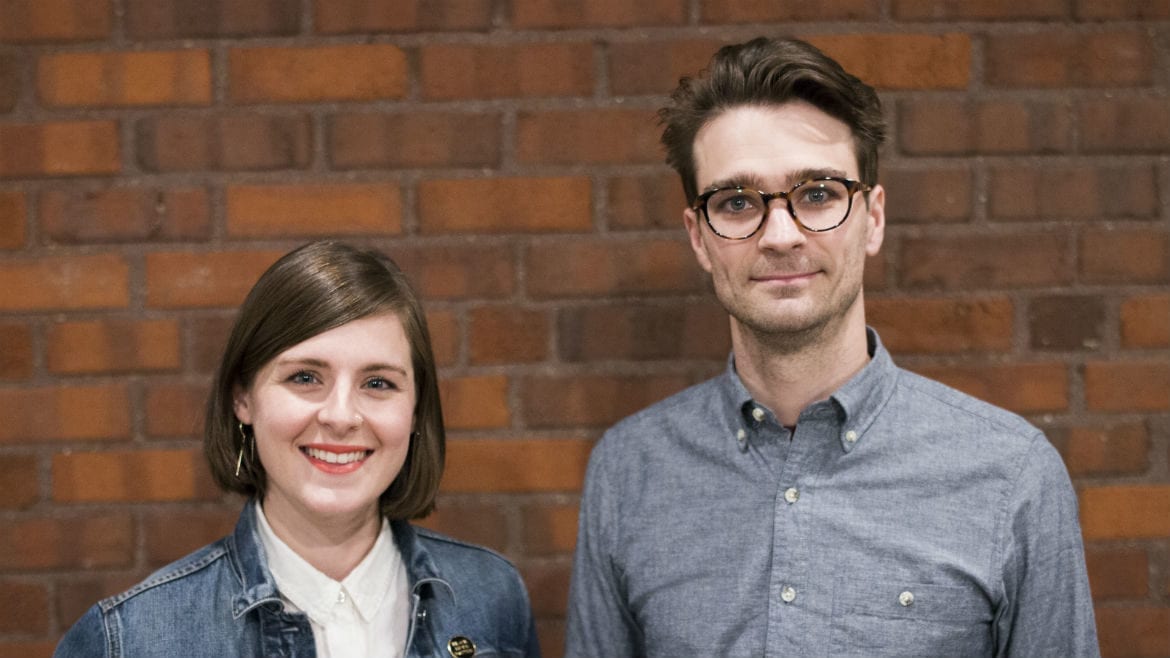 Jaime, left, and Tyler Rovenstine have plans to open Monarch later this spring. (Cole Blaise I Flatland)
Share this story

A stretch of Broadway that diners often took on their way to get somewhere else to eat is beginning to form a dining identity of its own. And just a block from an Ethiopian (Mesob), Scandinavian (Krokstrom Klubb & Market), and Vietnamese-French (iPho Tower) restaurant, a coffee shop is in the works at 3550 Broadway.

Monarch is a new venture from Tyler and Jaime Rovenstine – one that seeks to blend their backgrounds in coffee and art – to create a space that could be part of the burgeoning food scene in the Valentine neighborhood. They’re hoping to open the doors in May.

“We’re excited to be part of the revitalization of the neighborhood,” said Jaime Rovenstine. “We live nearby and this is part of our intentional effort to shrink our footprint.”

The couple’s journey into coffee began at a tiny coffee shop in a college town. Tyler’s aunt bought Ashley Grace in Bartlesville, Oklahoma. It was Jaime’s first and only job in coffee (Monarch will be the second) and the place where Tyler first got behind the bar.

The Rovenstines moved to Chicago in 2006, so Jaime could study at Columbia College Chicago. Tyler took a job at West Gate Coffee House, a neighborhood coffee shop, where Friends’ star David Schwimmer just happened to be one of the regulars. While Jaime studied fine art painting, Tyler delved into latte art instructional videos online.

“It took me three years to learn how to pour latte art,” said Rovenstine. “Now I can train people in two days.”

After a stint at Bridgeport Coffee Company, Tyler took a position with The Roasterie and the couple moved to Kansas City in 2009. Jaime found a post at The Nelson-Atkins Museum of Art working in the Modern & Contemporary Art Departments. Over the next several years, Tyler spearheaded the movement to add pourover coffee to The Roasterie’s menu, which was new to KC at the time.

Since then, Tyler has quietly been pulling the shots on the Kansas City coffee scene. In 2012, he joined Oddly Correct [Check out our Today’s Special video on their Hop Toddy here] and established himself as a competitive barista.

“Everything was calculated and defined with Tyler. There was no wasted effort. He has a black belt in espresso prep,” said Oddly Correct’s Gregory Kolsto.

In 2014, he was behind the bar at Quay Coffee in the River Market when Instagram-ing your food became a thing before taking a position with Brewed Behavior, a local coffee consultancy. When the couple’s daughter Frances was born two years ago, they got serious about developing a business plan for Monarch. And when the space on the ground floor of the Ambassador building became available, they decided to open the shop.

“He was made to open a café,” said Kolsto. “Tyler is always keeping up on the latest trends and will bring in what’s happening in other cities to Kansas City.” 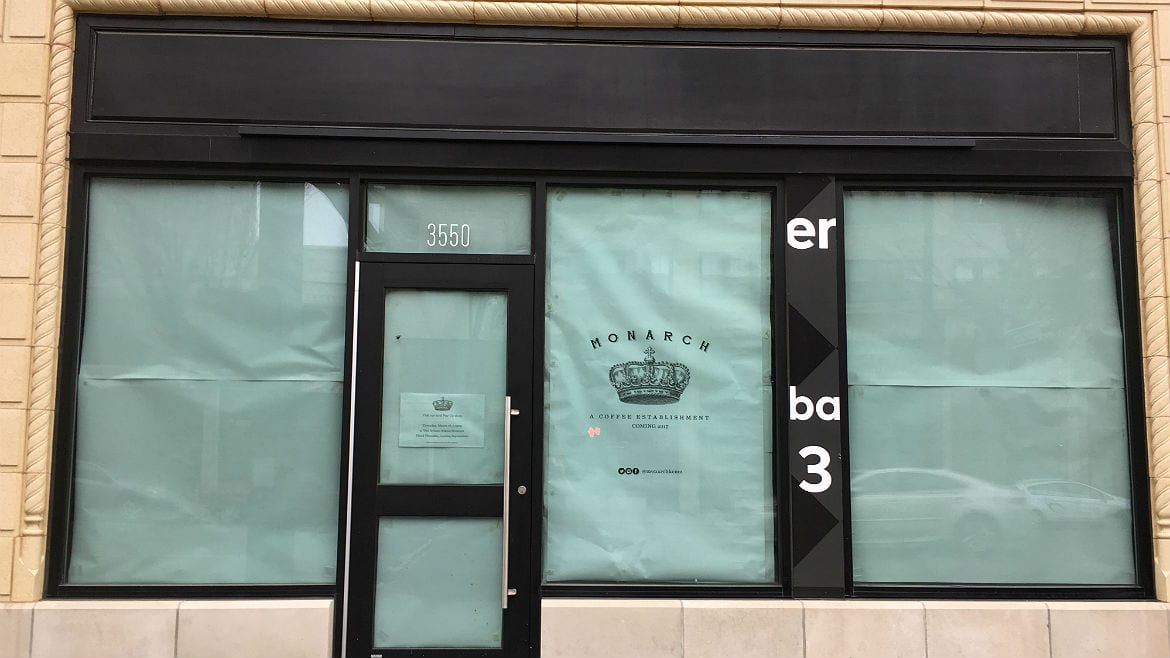 Amid a tidal wave of reclaimed wood being installed in local coffee shops, Jaime is looking to create a “classic space that is gender neutral.” The shop will have windows on two sides and a black and white motif. The fixtures will be brass and gold, while cast iron café tables will be topped with quartz. And the Rovenstines are looking to apply for a permit to have outdoor tables.

“We want our space to have a classic European vibe,” said Jaime, who found inspiration in Paris cafes.

Despite being at the forefront of the pourover movement in Kansas City, Tyler has decided that Monarch will only offer batch brewed coffee.

“Somebody can get in and out and get the coffee they want in just a few minutes,” said Tyler.

“We want to eliminate any anxiety about whether or not someone is ordering something right,” added Jaime .

The Rovenstines will also experiment with a different type of coffee service. They’ll forgo a condiment bar or pick-up shelf, instead opting for table delivery. The coffee bar will be built with a series of gaps to allow baristas to deliver drinks or bus tables.

“Our customer service is born out of competitions. You have to serve the judge,” said Tyler. “We want to meet the needs of customers before they even express that need.”

The coffee menu will focus on offerings from East Africa, Central America, and South America. Monarch will be roasting its own beans at an off-site location.

“There will be lots of fresh new coffee from those regions when we open up,” said Tyler. “It’s also what I like to drink. I like coffee that is clean and bright.”

Monarch’s bagged coffee has been popping up a few doors down at Dear Society (3566 Broadway) and they also plan to serve coffee at the Third Thursday event at The Nelson on March 16.