The ‘Mayor of Flavortown’ is Here, KC 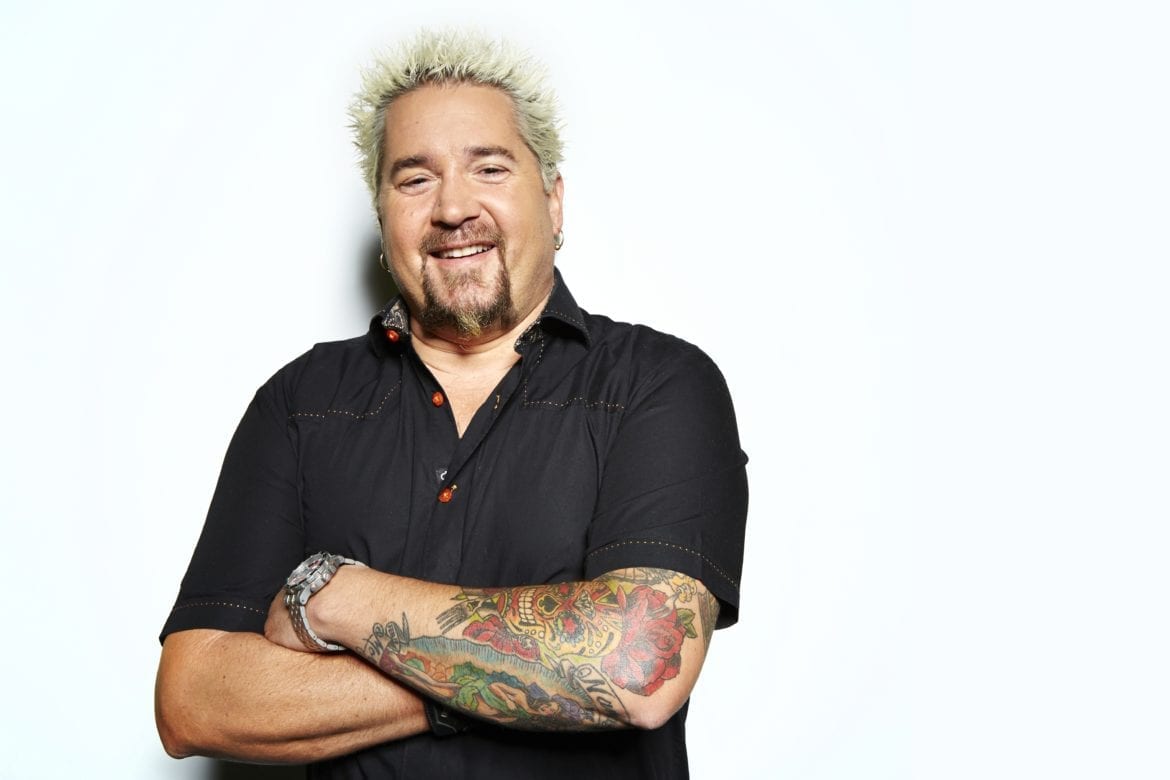 When Guy Fieri’s Dive & Taco Joint opens today in the Power & Light District it will have been —  surprisingly for a chef-lebrity that covers everything in flames — a slow burn.

A decade ago, Fieri roared through town with an Australian bartender who flung bottles into the air on the stage of The Midland. He stopped through town long enough to scoop up Stretch, the metal-working owner of Grinders, and then traveled with his sunglasses on to the next town in the Midwest. He didn’t stick around for a Royals game, despite what a few sports broadcasters thought.

Over the next several years, Fieri ate a barbecue sundae at BB’s Lawnside BBQ and a beer-battered, bacon-wrapped, deep-fried hot dog at The Brick while filming “Diners, Drive-Ins and Dives.” A lot of meat was consumed on air.

Fieri, or the Triple D producers, were prescient. Kansas City exploded on the national food television landscape in the early part of this decade. Chefs Debbie Gold and Celina Tio came into living rooms across America on the “Top Chef” series. James Oseland, then the editor-in-chief of Saveur, went on “The Today Show” and wrote an accompanying piece declaring that Kansas City was “[going to have] its moment in 2012.”

Oseland was right. It just wasn’t that tidy or that quick. This isn’t Kansas City’s first dance with a celebrity chef. The Food Network’s Aaron Sanchez opened Mestizo, a Mexican restaurant with a focus on tequila and scratch-made tortillas, in 2011. After three fitful years, Mestizo closed in Leawood, Kansas’, Park Place.

It’s a place where we tend to reward the simple act of pressing a patty down on a grill day after day. [See: Town Topic.] That’s why our most well-known celebrity chef, Lidia Bastianich, has found success with Lidia’s Restaurant over the past two decades. The pasta trio never stops coming and a world doused in Alfredo is a place that makes sense here. It doesn’t hurt that Bastianich is in town a few times a year, is (full disclosure: all over KCPT’s airwaves) and has adopted Boys Grow, an entrepreneurship and agricultural program for teens, as her own.

Lidia Bastianich Checks In on Boys GrowGoats bleat at the white fence as the car pulls up the gravel driveway at the Boys Grow farm. Chef Lidia Bastianich gets out and is met by John Gordon Jr., the executive director of the non-profit, who lives with…

Kansas City’s food scene is likely in the midst of a transition. After more than 80 years, Cascone’s Grill is set to close in the River Market, only a week after Fieri’s spot opens. And from “Top Chef,” Tom Colicchio — who ate Gold and Tio’s food eight years ago — is the headliner of a new food hall that is expected to be part of the Mission Gateway project.

Fieri’s arrival marks a new chapter for the Power & Light District. It’s fitting that Guy’s Dive will open in the former Cleaver & Cork space, which was P&L’s first attempt to build a restaurant around someone’s name: putting consulting chef Alex Pope’s face on a billboard.

Fieri represents a different brand of celebrity for Kansas City. One who made the word “donkey sauce” part of our national conversation. There will be those who dismiss the significance of Guy Fieri’s Dive opening in KC. But that would be missing the larger point his move to Kansas City represents for the local dining scene. He’s a brand, not unlike Shake Shack, just a few miles away on the Plaza.

It’s not about the food or blazing margaritas. It’s about what the rest of the world sees in Kansas City right now. Welcome to life in Flavortown.