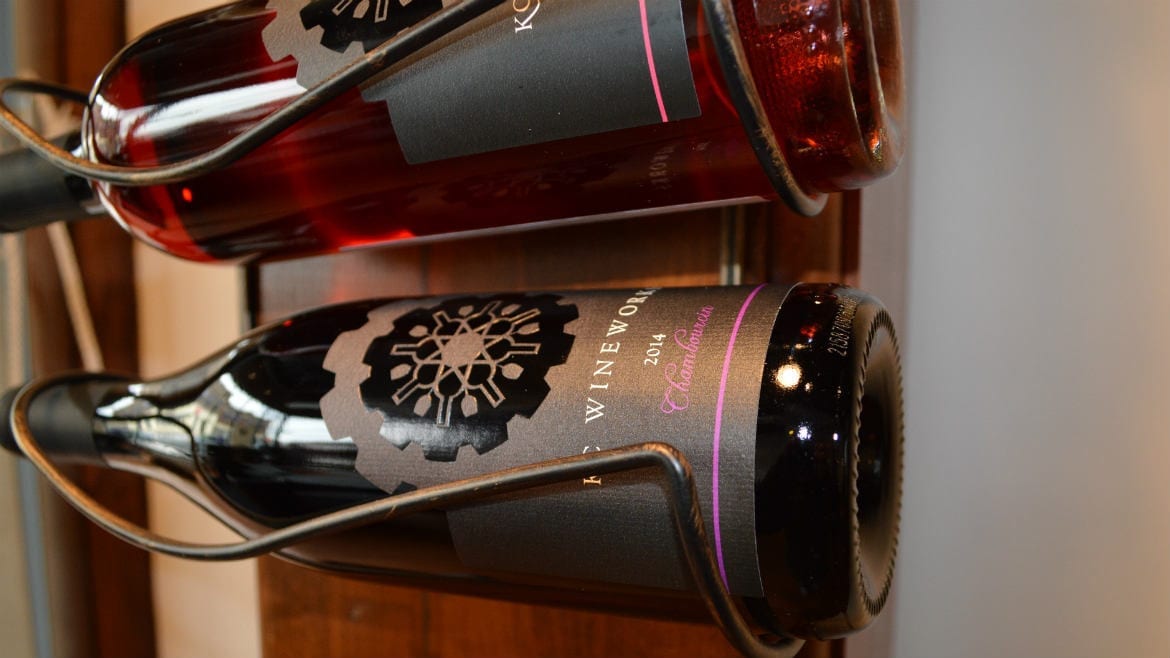 KC Wineworks is ready to celebrate by hosting a Holiday Pop Up this weekend. (Jonathan Bender I Flatland)
Share this story

KC Wineworks (1829 McGee Street) celebrates its first anniversary in the Crossroads on Saturday from 2 to 10 p.m. Cheesy Street, a food truck dedicated to the art of the grilled cheese, will be on hand at the local winery that has been making everything from mulled wine to cider. Dive into the terroir of Missouri with Norton, Chambourcin, or Traminette.

If it’s beer you seek, then seek no further. #TapList, our weekly beer feature and calendar, has plenty of brews for you to enjoy this weekend.

In the Old West, they recommended whiskey for whatever ailed you. It wasn’t the worst idea in the world. Earlier this week, J. Rieger & Co. resurrected Monogram Whiskey — a limited batch of 1,000 bottles of corn whiskey that’s been aged in sherry casks.

The City of Raymore is hosting a Friday Food Fest from 6 to 9 p.m. at T.B. Hanna Station Park. They’ll have live music and six food trucks: KC Pinoy (read their story here), The Carlsons, and Cajun Cabin will be among those parked and ready to serve up dinner.

Everybody has heard the idea that if you swallow a watermelon seed, one will grow in your belly. The Coterie Theatre presents “The Watermelon Seed,” at the Kansas City Public Library’s Plaza branch this Sunday at 2 p.m. The family-friendly show, based on a children’s book of the same name, is about a crocodile who fears the seeds. I won’t spoil the ending.

Best Regards Bakery & Cafe (6759 W 119th Street) doesn’t always offer brunch, but when they do, it’s on Sunday. They’re open for brunch for the next three Sundays from 8 to 11 a.m. Consider the BLT and then immediately dive into their cinnamon rolls or a lemon bar.

The Red Tamale, based out of Republic, Missouri, is popping up in the City Market (20 E 5th Street) on Saturday from 8 a.m. to 3 p.m. They’ll have six-packs of tamales, including a vegan option (corn, black beans, refried beans, and green chiles), ghost pepper pork, and apple cinnamon.

Plate’s (6201 Oak Street) new dining room is open in Brookside. The Italian restaurant expanded into the former Season + Square space, the sister food retail store operated by owners Christian and Andrea Morrow Joseph. One of a few spots in town to get beef tartare, start there, and see where the night takes you.