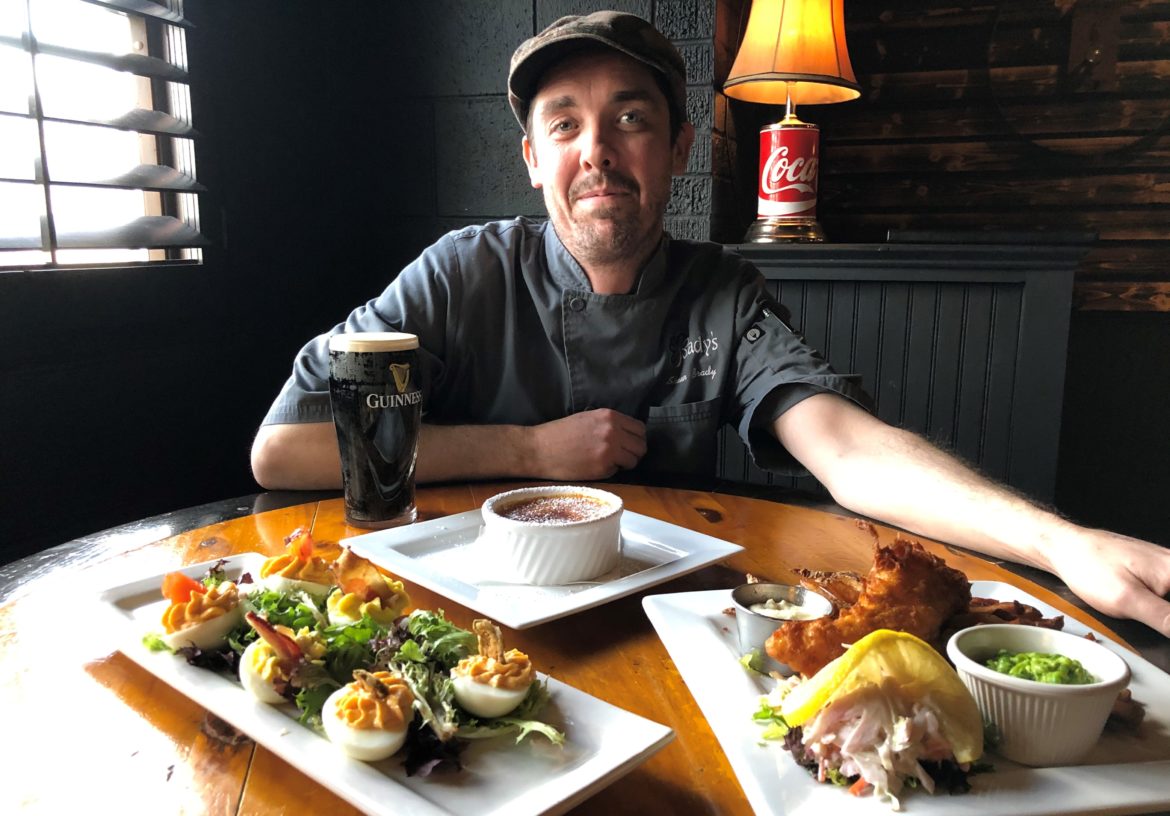 What do an Irish pub, a blues-and-barbecue emporium, a movie multiplex and a nautical-themed bar have in common?

They’re all casual venues. They’re all first-timers. And they’re all adding a diversity of options to Kansas City Restaurant Week (KCRW), a 10-day, charitable event set to kick off Friday and run through Sunday, Jan. 19.

KCRW is an easy way to introduce diners to new restaurants, concepts and dishes during a traditionally slow month in sales. In 2020, a record 218 restaurants will offer $15 lunch and $35 dinner menus.

Good Food at a Great Price for a Good Cause

To see a list of restaurants and menus of all restaurants participating in the 11th annual Kansas City Restaurant Week, go to KCRestaurantWeek.com or download the free KCRW app. Both platforms include filters for special dietary restrictions, such as gluten-free, nut-free, vegan and vegetarian.

Irish-born chef Shaun Brady of Brady’s Public House, 5425 Troost Ave., took part in KCRW when he was the executive chef at the Ambassador Hotel. He even extended the promotion for an additional week.

Check out his KC Irishman, a version of “burnt ends” made from corned beef and served with caramelized onions, cheddar cheese and an Irish whiskey and Guinness mustard sauce. Or weigh in with a first taste of a soon-to-be-introduced menu item: chicken curry served with rice — or as it is more typically served with in Ireland – with fries.

The pub’s hearty portion sizes will remain the same. “We wanted to keep true to our food and still give diners a good deal,” Brady says.

Jimmy Nickle and his wife have previously participated in KCRW as diners. But Nickle, who is the general manager of BB’s Lawnside BBQ, 1205 E. 85th St., assumed the event was for fine dining restaurants until friends in the industry convinced him otherwise.

“We are aware of what we are. We have a laid-back ambiance. We’re not a $35 fine-dining establishment. I don’t even think a single person can eat that much barbecue,” Nickle says, with a laugh.

The solution: BB’s will offer a $35 dinner special for two, including a choice of best-selling beer-battered onion rings or a scratch chili cheese dip, a sampler platter of barbecue meats and choice of sides, plus dessert.

Nickle is partial to the restaurant’s signature bread pudding, and he urges KCRW diners to kick it up a notch. “Ask the kitchen to deep-fry it,” he says. The decadent dessert “tastes like a funnel cake on crack.”

Depending on the time or day of the week, expect to pay an additional $3 to $5 cover charge for live music, which starts at 7 p.m. on weeknights and 9 p.m. on weekends.

“We’re nervous but excited to expose a bunch of new people to our food,” Nickle says.

Last year’s snow storms affected the bottom line at restaurants, so this year Bob Asher decided to hedge his bets. “We thought we’d give (KCRW) a shot this year,” says Asher, the co-owner of The Ship, 1217 Union Ave.

After adding a kitchen in 2017, The Ship started serving specialty sandwiches as part of an all-day menu. Asher decided to “let our kitchen staff off the leash” when they started planning their KCRW menu.

For lunch, diners can still choose a signature sandwich, including a Cubano, muffuletta or chicken salad served with a side, and a house-made dessert. But for dinner, the three-course menu includes a choice of entrees – a 10-ounce strip steak, trout amandine or vegetarian lasagna — appetizer and dessert.

The Ship is primarily known for its cocktails, so Asher decided to add a bonus cocktail to their $35 three-course dinner. Diners can choose a Moscow Mule, Dark and Stormy, Horsefeather or Sweet Painted Lady.

The Ship has only 65 seats and does not take reservations. Like BB’s, they also charge a $5 cover for live music several nights a week. “We’re hoping to get new folks in who want to explore the West Bottoms,” Asher says.

Dinner and a Movie

For diners who prefer dinner and a movie, AMC Dine-In is worth exploring.

At a KCRW preview party earlier this week, Jessica James, director of culinary for AMC Theatres, plated slider-sized versions of the Royal Bacon Brie Burger with house-made fig jam, arugula and caramelized onions plus a side of house-made potato chips.

The full-size version of the burger is one of the options on both the $15 (snack or sweet and entrée) and $35 (snack, entrée and dessert) at AMC Dine-In locations: Studio 28 in Olathe, Legends 14 in Kansas City, Kan., and Prairiefire 17 in Overland Park.

The menu is served all day. No reservations are required, but the price does not include movie tickets.

“We thought (KCRW) would be a great opportunity to showcase the food you can get at all three locations,” says Marti Hatfield, AMC Dine-In marketing manager.

Jill Wendholt Silva is a James Beard award-winning food editor and freelance writer. You can follow her at @jillsilvafood.

Cliffhanger: Boulevard Drive-In Open to Anything for 70th Season

A Toast to Irish Whiskey for a St. Patrick's Day Like No Other

An Option for Social Distancing in the Age of Coronavirus

Three Accomplished Chefs You May Not Know

Missing Ragazza? The Italian Eatery Pops Up In The West Bottoms & Other Weekend Possibilities

A look at three new restaurants participating in KCRW