The Lunch Rush is Coming to Jones BBQ 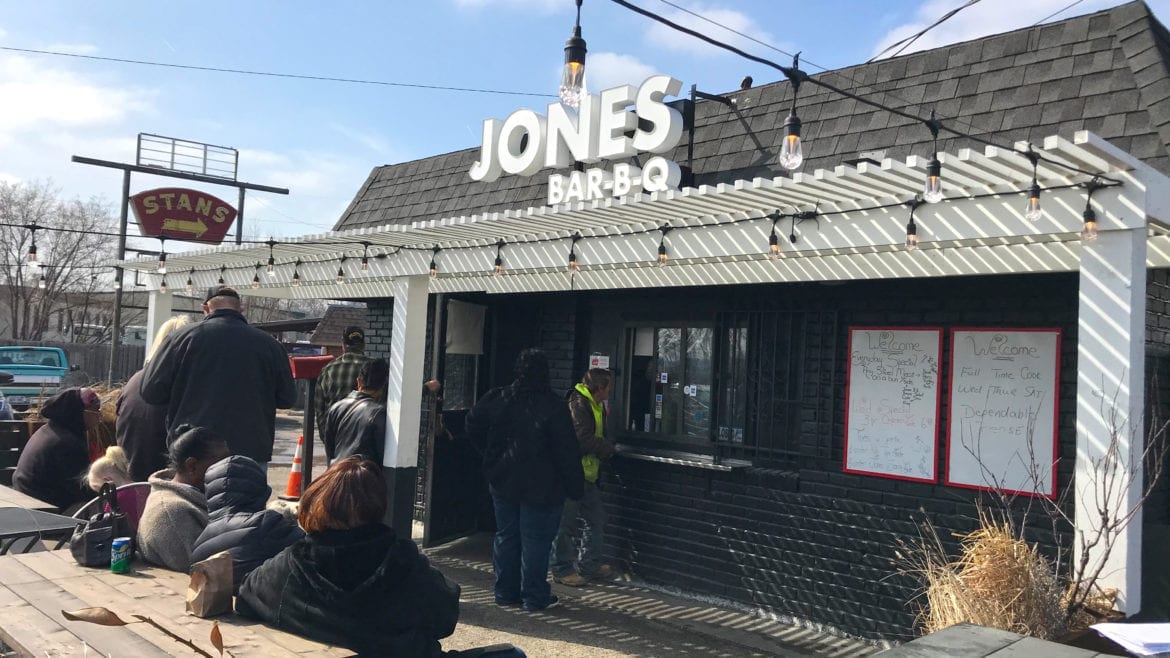 Jones BBQ in Kansas City, Kansas, got a makeover as part of the production for season three of "Queer Eye" on Netflix. (Jill Silva | Flatland)
Share this story

Pitmaster Deborah Jones sits on an overturned bucket and keeps tabs on the fire.

“How come you didn’t get here earlier – before the food started to run out?” she asks, casting her gaze to the cluster of people who are still waiting for their orders at Jones BBQ.

There is still a week until Jones and her sister-sidekick-business partner Mary Jones Mosley will be featured on the third season of Netflix’s “Queer Eye,” which drops March 15; but the sisters are already seeing the impact of the show’s following.

Jones pulls a slab of ribs from her outdoor smoker, puts it in a roasting pan, covers it in foil and hands it to her nephew and apprentice Leavy Jones.

There is an empty retro patio chair a few steps from where she sits, a chair that was part of “Queer Eye” designer Bobby Berk’s space makeover, which included adding a new sign, a wooden patio awning and a fenced-in picnic area on what was once a patch of bare asphalt.

“They gave me a whole other outlook on life,” Mosley said “If no one else got anything out of it, I did.”

“I don’t care what time I come in (to start the fire), I can’t really keep it going like I want,” said Jones, who wears pearl earrings and chic tortoise shell eyeglasses with a knit cap, sooty scarves and a down parka impregnated with the scent of hickory. 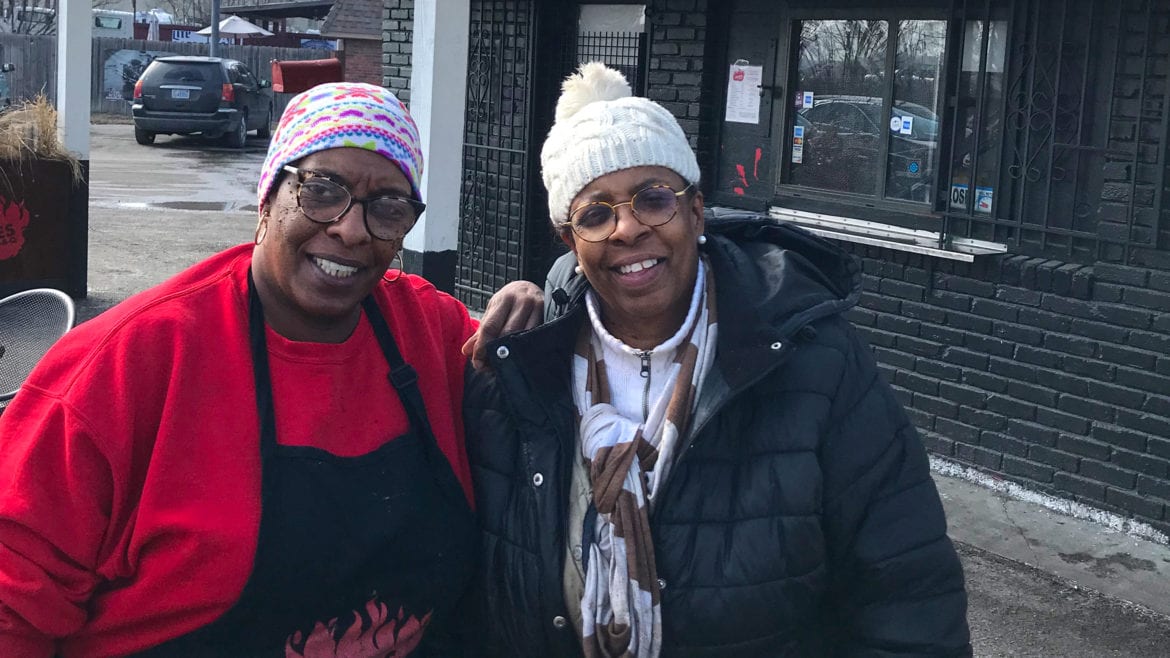 Over the last year or two, the sisters have been featured on NPR, the “CBS Evening News,” “Entertainment Weekly,” “The Steve Harvey Morning Show” and named “The Most Influential Women in Southern Barbecue Now” by Southern Living Magazine.

“We gained a lot of customers and interest from the media,” Jones said. “I never rode in so many limos in my life. Aww, it was just too much. I see why people have bodyguards and stuff. Heck, I’m just a simple barbecue girl.”

Before “Queer Eye,” loyal Jones BBQ customers ordered their barbecue to go. I used to bring a lawn chair in my trunk so I could sit with Deborah while balancing a Styrofoam container on my lap.

“Jones BBQ has been around for a long time, and the sisters are big-hearted people,” said Wyandotte County resident and long-time customer Gary Green while picking up a few slabs of ribs. The sisters learned the art of barbecue from their father and brother. Over the years, they have had several Kansas City, Kansas, locations: 1805 N. 10th St., 609 N. Sixth St., and their current spot at 6706 Kaw Drive.

Inside the still-cramped-if-better-organized kitchen, Mary good-naturedly dances around the additional bodies who have come to help get orders out. Baker Jacqulian Ellis handles orders for French fries while alternately plating thick slices of triple chocolate and 7-Up pound cake, all new items.

Courtesy of the Fab Five, customers can now take a bottle of Jones BBQ sauce home. The traditional sweet and tangy sauce will be available for sale on a new website set to launch Friday, the same day “Queer Eye” Season 3 drops on Netflix . A coconut sauce is also in the pipeline.

Deborah has recruited Leavy Jones, her father’s namesake, to learn from a master. “Barbecue is in our blood. It really is,” the eager 23-year-old said. “It’s next to nature for us.”

Ask Leavy to name the biggest lesson he’s learned so far: “She’s got magic hands with the smoker. She tells me just be patient, don’t rush it.”

Jones BBQ is open 11 a.m. to 3 p.m. Tuesday through Saturday, or until the meat sells out. Some disappointed customers who arrive later in the day return to their cars shaking their heads and grumbling, but Jones refuses to cook and hold.

“My theme is cook it up fresh,” she said, a mantra I’ve been hearing since I tracked her to her current location in 2016 to write a profile. “That’s important to me. I don’t like giving people old meat … someone says, ‘I guess I’m going to have to go to Gates because they don’t run out.’ But we’re not in competition with Gates or anybody else.”

One thought on “The Lunch Rush is Coming to Jones BBQ”