Equal Minded Cafe Is Open in the Ubuntu Village 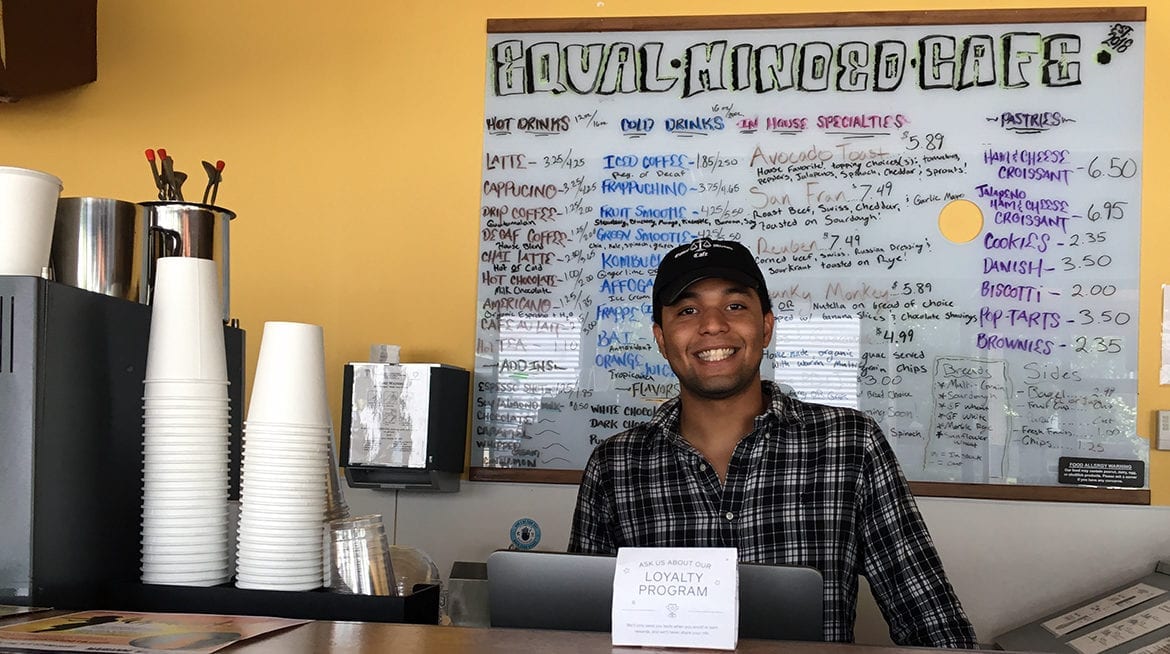 Dontavious Young, owner of Equal Minded Cafe, is looking to spark conversation over a cup of coffee. (Jonathan Bender | Flatland)
Share this story

A small, round crystal hangs from the ceiling just inside the front door of the Equal Minded Cafe (4327 Troost Ave.).

Your eyes naturally go to the large wooden coffee bar, the whiteboard menu offering avocado toast and affogatos (espresso topped with a scoop of ice cream).

“There’s been a lot of work done in this space to make sure it had a nice aura, that you got good feelings here,” owner Dontavious Young, 21, said, gesturing to the crystal above his head.

This space is the Ubuntu Village — a gathering place for businesses like Midtown Yoga KC and Heart of the Dove that are focused on spiritual and holistic healing. It represents the vision of Dr. Vicky Smith, Young’s maternal grandmother.

“She wanted to bring new life to this area,” Young said. “She had this idea of community for a long time.”

Smith worked as an educator in the Kansas City Public School system for nearly two decades, most recently as the computer teacher at Carver Dual Language School. She bought the building in 2008, along with the daycare next door and several houses a few blocks south on Troost.

Five years ago, Young was living in one of those houses. He and his mother worked to fix up the property, an arrangement that his grandmother also had with several contractors.

“She grew up in a small Iowa town and loved that everybody would help each other,” Young said.

He moved to Iowa in grade school, living on a farm where the closest neighbor was still several miles away.

“They showed me how to ride a dirt bike and detassel corn,” Young said of the twin boys that lived next door. “It was a different way of life.”

Young’s first job was in a field detasseling (removing the tops of corn in order to promote cross-pollination), but he started working in restaurants soon thereafter. He put in long hours as a dishwasher and server. In a small Mexican restaurant in Cedar Rapids, Iowa, Young served what he says were predominantly white, middle-class customers. And he wondered what they thought of the mixed teenager — Young’s mother is white and his father is African-American — bringing them enchiladas.

Young graduated in December from Kirkwood Community College in Cedar Rapids, Iowa, with a degree in business administration. In January, he moved back to Kansas City to be the business manager for Ubuntu Village and launch the Equal Minded Cafe.

“The only thing missing from this building was a coffee shop,” Young said. “Food creates conversation.” 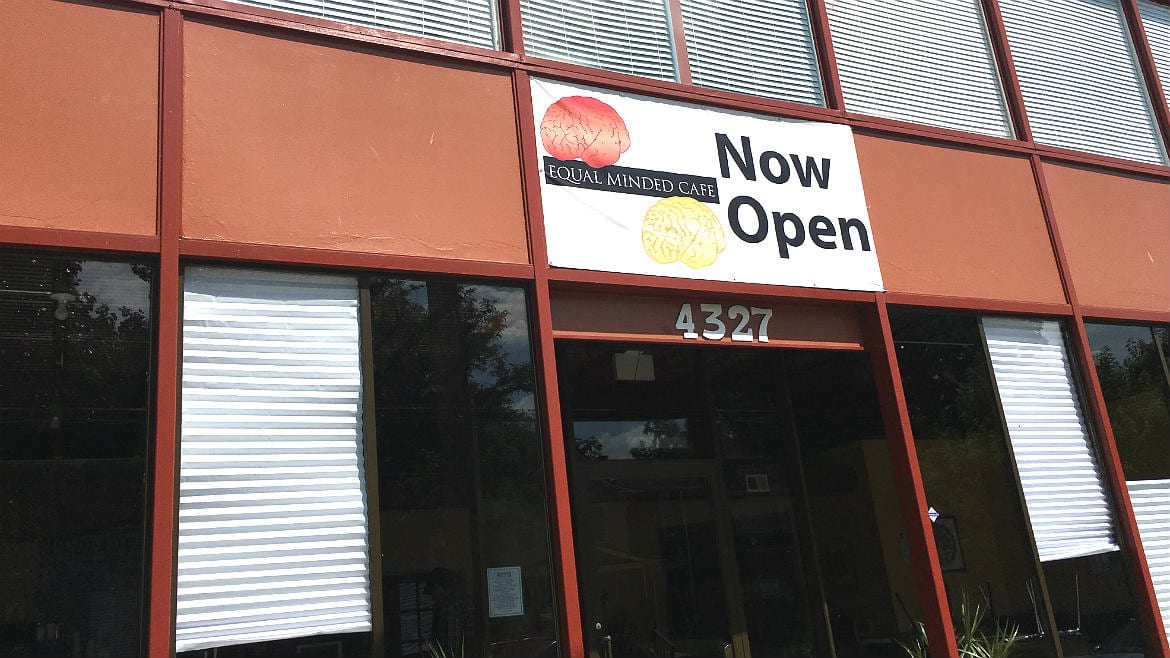 The cafe, which opened on June 25, gets beans from Broadway Roasting Co. in Midtown and pastries from Bloom Baking Co. in the City Market. Young is still looking for a gluten-free baked goods option. In addition to espresso-based drinks and drip coffee, you can get The Brewkery’s kombucha, a house smoothie, guacamole, or sandwich (the chunky monkey has Nutella, banana and dark chocolate shavings).

Beside tweaking the menu, Young is currently talking to community groups and organizations about the first floor event space, which has hosted pop-up craft festivals, performances and meetings in the past.

“We’re a small little coffee shop,” Young said. “I hope people stop by and we become known as one of those places that love coffee. I want this to be a safe haven, a place where we meet each other and know each other.”

Correction: This story was update to reflect that Young lived on a farm during grade school, not high school.