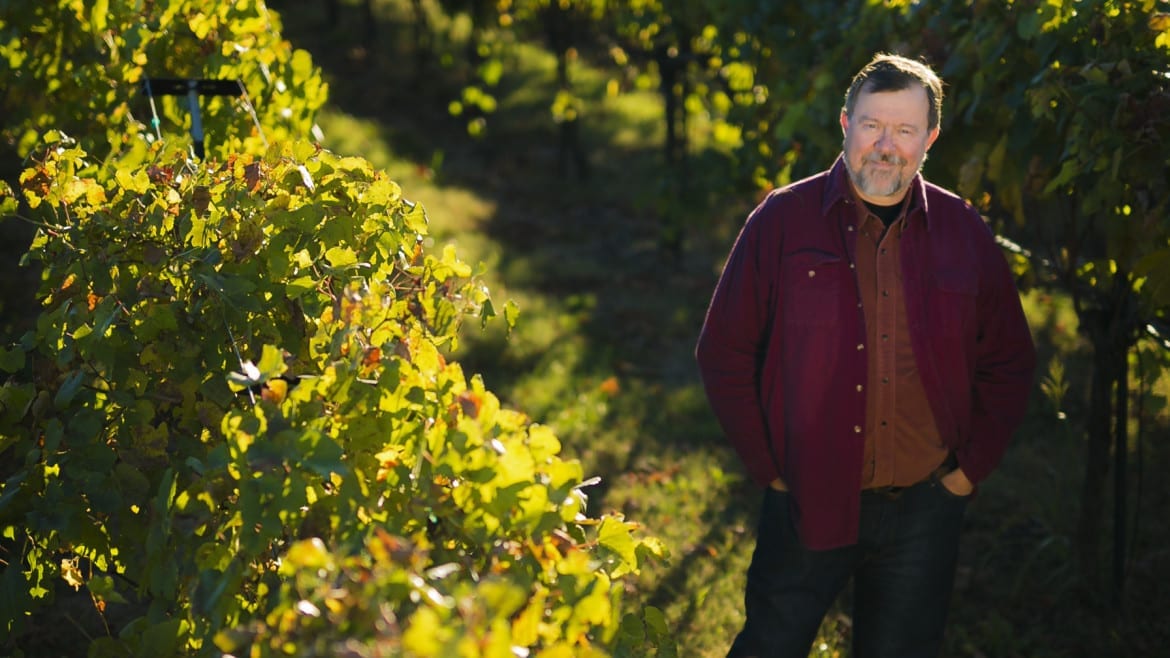 Portrait of Gerard Eisterhold inside his vinyard in Kansas City. He also own his own business, Eisterhold Associates Inc. (Photo: Jim Barcus)
Share this story

As a student in the early 1970s at the Kansas City Art Institute, Jerry Eisterhold found himself pondering wine in addition to graphic design.

It was a brief phase, yet one that foretold the future.

“I thought it would be a cool thing to be a wine aficionado,” Eisterhold remembers. “So I went down to the market and bought a four-dollar bottle of Mateus—and I just didn’t get it. I wasn’t thinking that what you could afford when you were a student was probably not going to be impressive.”

In time, Eisterhold would come to appreciate the greater complexities of wine and the deeper challenges of winemaking, even as he made his mark in museum exhibit design.

Today, the 64-year-old intellectual adventurer is both an artist and a scientist in the midst of two distinct yet concurrent voyages. Or as he says demurely: “I’m sort of into the cross-disciplinary thing.”

In a sense, Eisterhold has his arms around two sweethearts: Eisterhold Associates, his exhibit design firm that works with some of the nation’s most notable civil rights, government and history museums; and Vox Vineyards, creators of award-winning Missouri wines, where Eisterhold tends to the grapes and also his muse.

“The grape growing has complemented the exhibit business,” Eisterhold says. “Working in the vineyard, you get a chance to think about things and reflect on stuff, and that feeds into the exhibit process.”

Eisterhold employs separate staffs to help him pursue his dual passions at his 8,200 square-foot compound on a hilltop overlooking 86 scenic acres (with vines covering six of them) in rural Platte County, Mo.

On the design side, current projects include U.S. Army and Marine Corps museums in Virginia. “For some reason, we’re on a military jag,” Eisterhold quips, while passing through a room decorated with photos of his firm’s work for such clients as the Harry S. Truman Library and Museum in Independence; Boys Town in Boys Town, Neb.; and the Rosa Parks Museum and Library in Montgomery, Ala.

On the winery side, Eisterhold patiently experiments with up to 60 varieties of American Heritage Grapes, following the path of 19th-century Texas viticulturist Thomas Volney Munson, whose dream was to make viable wine from the genetic stock of native wild grapes. At Vox that process includes chemical analysis at its onsite lab, along with assiduous tasting sessions involving Eisterhold and other wine pros. And the public is regularly invited to tastings at a cozy event space, where the opinions of all imbibers are duly considered. 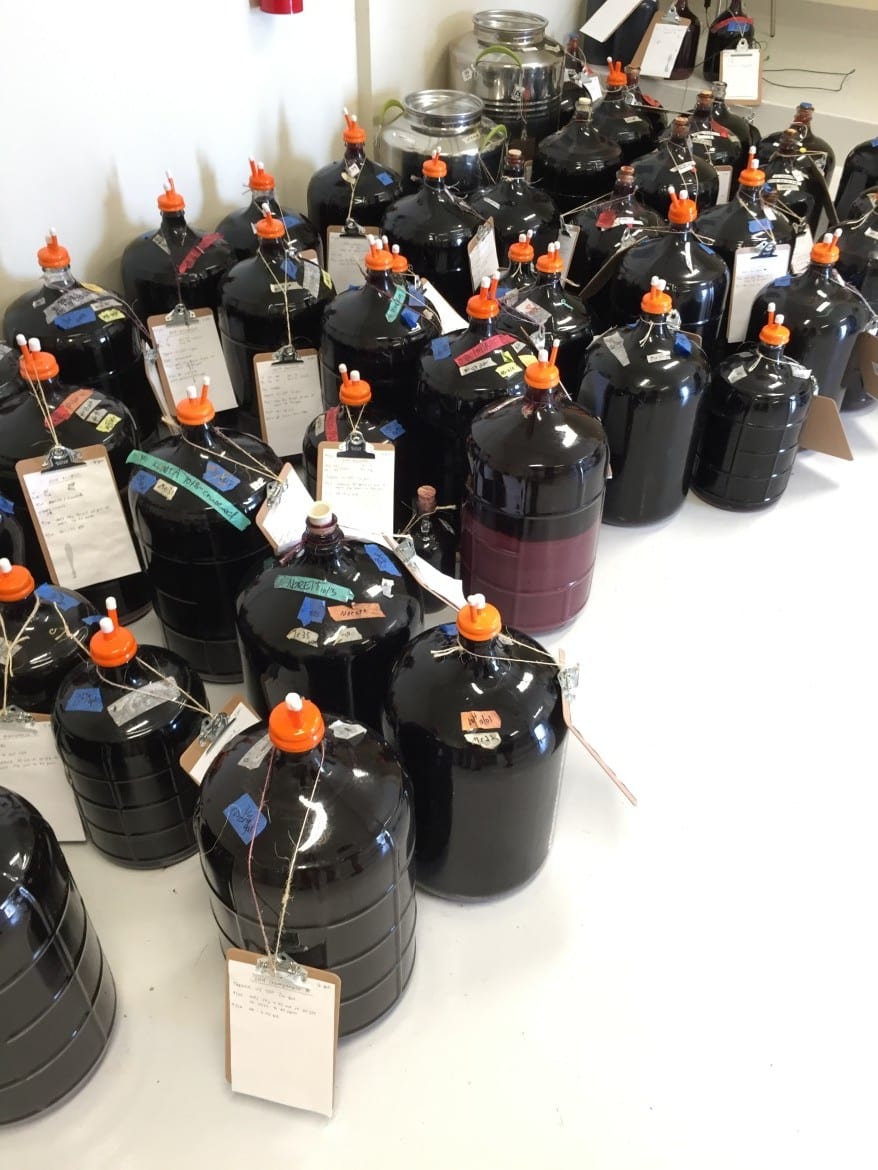 The compound also serves as Eisterhold’s home with his wife, Kate Garland, senior conservator of objects at the Nelson-Atkins Museum of Art. People may be surprised to learn that her husband is “basically doing two completely different jobs,” Garland says. “But that’s part of who he is. It’s how he works. He just has an incredible mind.

“Jerry uses the word ‘exploration’ a lot, because that’s what he’s doing,” she says. “He’s exploring this somewhat bizarre project of trying to grow grapes and develop a completely new palate of wine that people are not familiar with. And, at the same time, he takes on very difficult and complicated projects in the museum world. He’s very special.”

From Farming to Art

Eisterhold traces his multi-purpose work ethic to childhood, when he pitched in wherever help was needed on his family’s subsistence farm in tiny Rich Fountain, Mo.

“The legend was that my dad once had income tax to pay, but it was less than a dollar, so they just waived it,” Eisterhold says. “And that’s as good as it got. But I had no idea we were poor, until I went to college and was so informed.”

Buoyed by seven agriculture scholarships at the University of Missouri, Eisterhold became an award-winning soil expert in the Big Eight. But he changed his major to science and eventually to art, because, he recalls, “I thought you were supposed to go to school to learn what you didn’t know.”

Transferring to the Kansas City Art Institute, Eisterhold thrived in rigorous classes and graduated with a degree in graphic design. When he later took a job with the Kansas City Museum as an exhibit designer, “that was another field I knew nothing about,” he says, “but I thought it looked interesting, so I jumped over to it. Why not?”

In the early 1980s, Eisterhold and a Kansas City Museum co-worker started their own exhibit design business. Initial clients were mostly regional, including Knob Noster State Park in Johnson County, Mo., and the Federal Reserve Bank of Kansas City. Yet such efforts helped to boost Eisterhold’s professional network, and in 1988 he landed his first significant national design project with the National Civil Rights Museum, the country’s first permanent civil rights museum, which opened in 1992 in Memphis, Tenn.

“There was global press and it was such a great thing, we thought, ‘Man, now we’ve got it made,’” Eisterhold recalls. “So we sat and waited for the phone to ring – for the next year and half or so. It was a struggle, but it led to the Rosa Parks museum.”

The Rosa Parks museum considers the life and times of the African-American civil rights activist who was arrested for not relinquishing her seat to a white passenger on a city bus in 1955 in Montgomery, Ala. Eisterhold’s inspired design of the museum’s celebrated Bus Theater allows visitors to become time travelers, as the vehicle’s windows are transformed into immersive videos that help tell the story of Parks’ historic act of courage.

“We’re putting something out there that will hopefully have a dialogue with somebody,” Eisterhold says. “It’s not putting something out there to say: ‘Here are the facts about this event.’ It’s saying: ‘Here’s what happened, here’s where it happened, here are the people that were engaged and what they did,’ which, presumably, would get people to think about what they might do in a similar situation. The purpose of history is to serve the future. It’s not to just mark the milestones of the past.”

And Eisterhold’s exhibits don’t have to dazzle with technology to be effective. Take his team’s design at the Truman Library, where the answers to a quiz about the 33rd President of the United States are accessible to visitors in their direct line of sight. 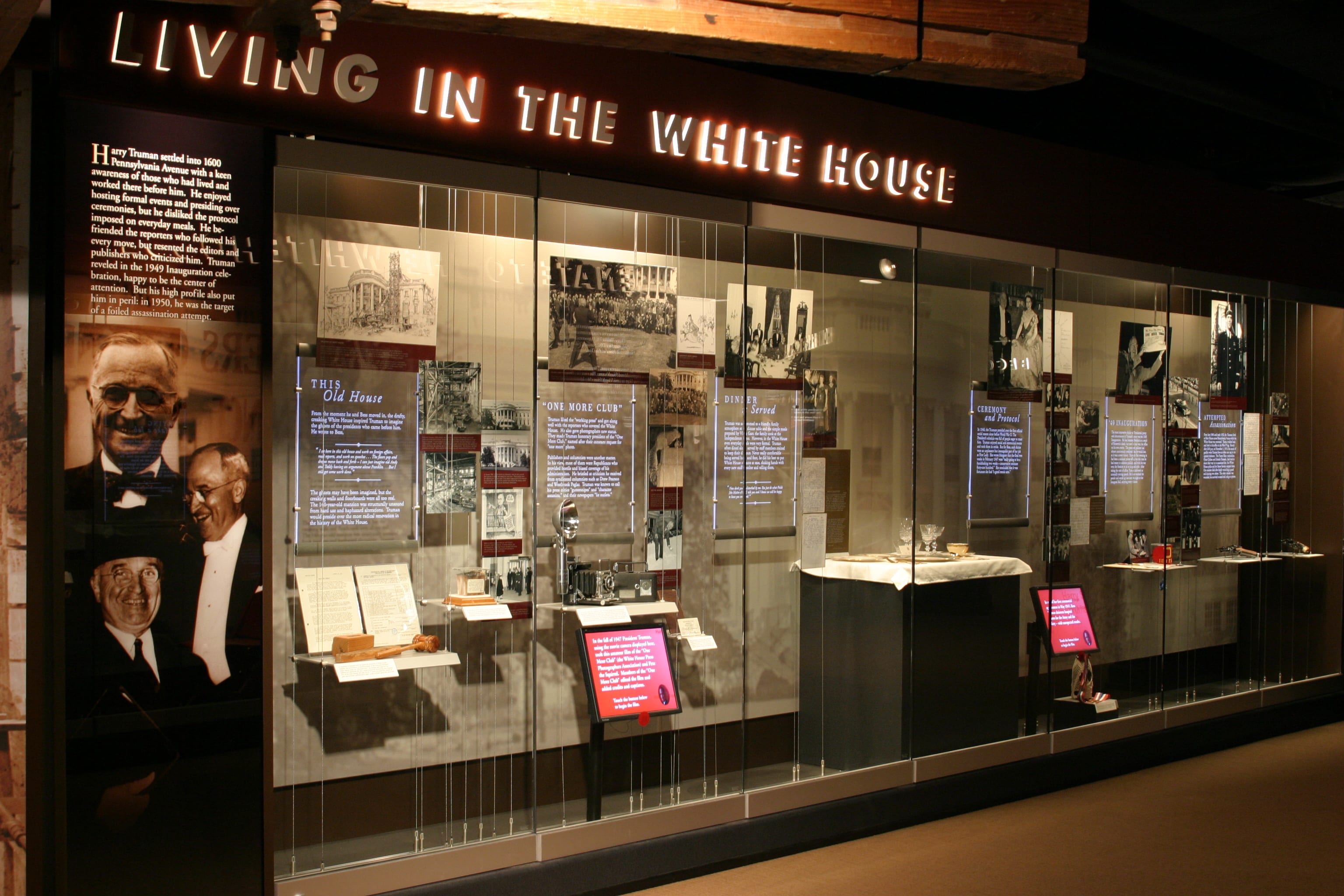 “So no one gets frustrated by not having studied their Harry Truman history,” Eisterhold says of the experience. “They can look around them and have a pretty good idea what the answer is or where to get the answer. That isn’t earthshattering in any way. But it’s the kind of interactivity that keeps the media simple and precipitates a kind of kinetic, move-your-feet-action.”

As Eisterhold’s exhibit design business became more successful, he rekindled his early fascination with wine—if only because he could afford better bottles. That led to sporadic attempts at backyard vineyards that failed due to too many squirrels and not enough sunlight. It wasn’t until 1996, when Eisterhold acquired the land where he lives and works today, that his two quests began to truly coalesce.

“I don’t think they’re are all that separate, because they’re both creative,” says Kaye Malins, director of the Walt Disney Hometown Museum, which Eisterhold helped design. “Making wine, even after it’s in the bottle, it’s a living, breathing thing that’s changing every day. And a good museum should be the same.

“And with both you have to throw yourself out there. You spend years researching and designing something for a museum, and it’s a huge risk. And it’s the same thing with wine. You’ve got to be a big gambler, because you don’t know what that next season is going to be like.”

“Jerry very much believes in the power of stories,” Bittner says. “On the museum side, his approach to exhibit design is to create narrative opportunities, so that people are drawn to a story. They pick up pieces of the narrative thread and they form for themselves a version of the story.

“And when it comes to wine, he’s particularly attracted to T.V. Munson’s work, because it’s an unfinished story that’s a piece of American history. Given what happened with the enactment of prohibition, and basically the disappearance of Midwestern wine, Munson’s story sort of went underground and also disappeared in a way. So the reinvigoration of that heritage is a story in itself, and it’s one that Jerry wants to be part of.”

Whether or not Eisterhold’s extensive home wine cellar is museum worthy, it also makes for a story.

Her husband has since “cut back,” Garland says. “He never intended the wine cellar to be an investment, but he had such good taste that he was able to sell a lot of it at auction. And he’s been using that money to fund some of his activities in the vineyard”

Just how many bottles are now in the cellar?

“It was starting to alarm my wife, so I stopped counting in 2004,” Eisterhold says. “That’s my official answer.”