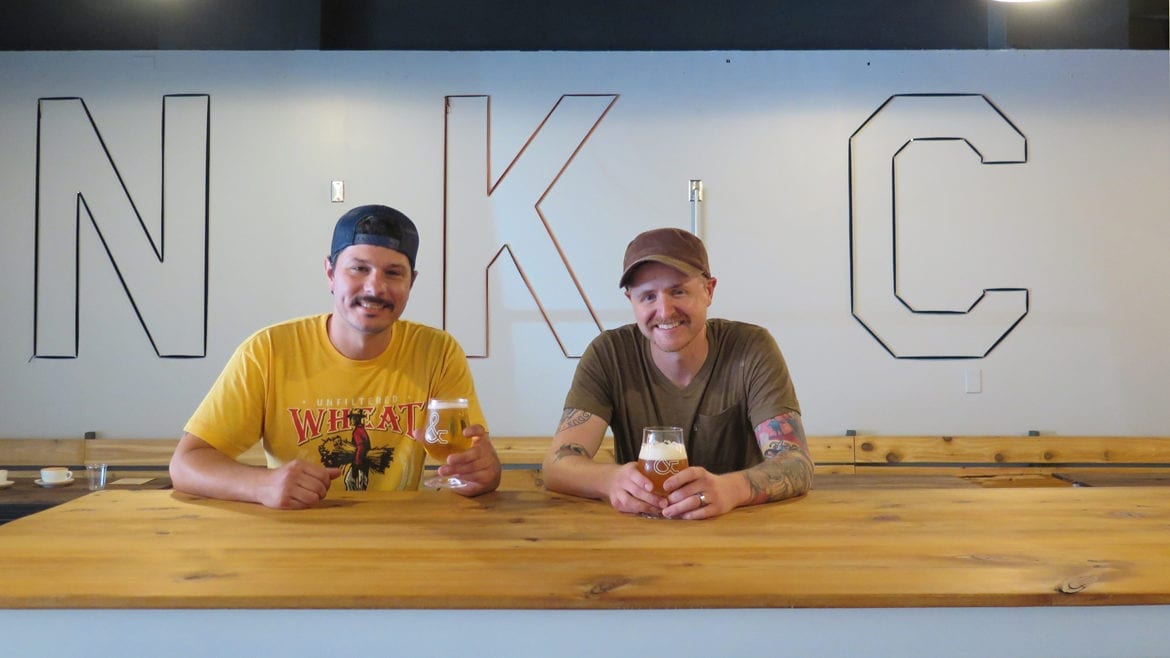 Another brewery is destined to open in North Kansas City.

Homebrewer Rodney Beagle and Colony Espresso and Beer, a coffee shop and taproom (312 Armour Road, North Kansas City, Missouri), have initiated plans to launch a nanobrewery within Colony’s 2,400 square-foot space. They filed an application in late July with The Alcohol and Tobacco Tax and Trade Bureau (TTB), a federal agency that oversees permits and regulations for operating a brewery. The city is also home to The Big Rip Brewing Company, Cinder Block Brewery, and Calibration Brewery.

“It wasn’t part of the business plan to launch a brewery,” said Zach Henderson, who co-owns Colony with Drew Cobb.

Since Colony’s opening in late May, customers have regularly asked which beers on tap were brewed by the owners.

“It is a common misconception that we already brew,” said Beagle, who began working shifts at the taproom once Colony opened. “We heard that a lot in the first months.”

The questions prompted Henderson and Cobb to consider opening a brewery in their business. Henderson said they would only do so “if the right person came along that is passionate about it.”

Beagle, who has three-and-a-half years of homebrewing experience under his belt, was a natural fit. He credits the Missouri Mashers, a group of talented local homebrewers, with helping him learn to brew.

“I can’t thank them enough for their help,” said Beagle, a self-taught brewer that learned from “Youtube University” and fellow homebrewers. “They answered my questions posted on their Facebook page. Some of the first responses came from Michael Crane of Crane Brewing. It’s encouraging.”

Previously, Beagle worked in the taproom at The Big Rip Brewing Company. He also provided some consulting work for Calibration Brewery, which opened this summer in North Kansas City. Beagle, a part-time employee at homebrew supply shop Grain to Glass in NKC, has also won numerous awards at homebrewing competitions during his short span as a homebrewer. At the 2016 KC Nanobrew Festival held on July 30, Beagle earned a bronze for his “It’s a Cream Dream” cream ale.

Given these credentials, Henderson said, “I don’t get why other people didn’t want to snag him.”

Once Colony committed to opening a brewery, they decided that a two-barrel nanobrewery made sense for the space available in the business. Comparatively, Green Room Burgers and Beer in Westport operates a one-barrel brewhouse and Border Brewing Co. in the Crossroads has a three-barrel system.

“It’s not written in stone, but it is what I envision,” said Beagle. “To begin, we’ll have three beers on tap.”

At Colony, Beagle poured a sample of his award-winning cream beer flavored with strawberries. The beer is light and effervescent with a distinct strawberry taste and creamy mouthfeel. He used an herbal tea with a blend of apple, hibiscus, and strawberry from loose-leaf tea retailer Dragonfly Tea Zone to flavor the beer.

“I like fruit beers. It’s my specialty,” said Beagle. “My beers for Colony won’t be base beers like pale ale and stout. They will be a little edgy and challenge the palate.”

Once word in the brewing community spread about Colony’s decision to open a brewery, Calibration and The Big Rip were prompt to offer support and encourage Beagle to call for anything needed. That sense of community inspires Beagle to return the favor.

“I live two blocks away from Colony,” he said. “I couldn’t think of a better way to give back to the community than to offer off-the-wall quality craft beer.”

The debut of the brewery – its name is to be determined – won’t happen until at least 2017 once federal, state, and local permits are secured and Colony is prepared to begin production. Meanwhile, Beagle has his eye on a half-dozen upcoming beer festivals in the area this summer and fall. He plans to brew and pour several pilot beers at the festivals to gauge reactions and begin building brand awareness.

Meanwhile, Colony will continue to serve a variety of craft beers from established breweries in its taproom. Plans are in the works to launch a Kickstarter fundraiser in September that will help Colony’s owners to secure basic supplies for brewing. Eventually, Colony also plans to launch a seasonal craft cocktail menu in the next month or so with a focus on gin, vodka, whiskey, and Scotch to complement its beer selection.

For now, Beagle is enjoying the fruits of his labor and taking another step toward his goal.

“It’s a lifelong dream of mine to open a brewery,” said Beagle. “I can’t think of better owners to work with.”

Pete Dulin writes about food trends for KCPT’s Flatland and is the author of the “KC Ale Trail.”

KC Startup 101 | The Business of Beer

We Go Live at Cinder Block Brewery to Talk Community, Passion and Those Unexpected Turns

BKS Artisan Ales is Set to Bring Nanobrewing to Brookside