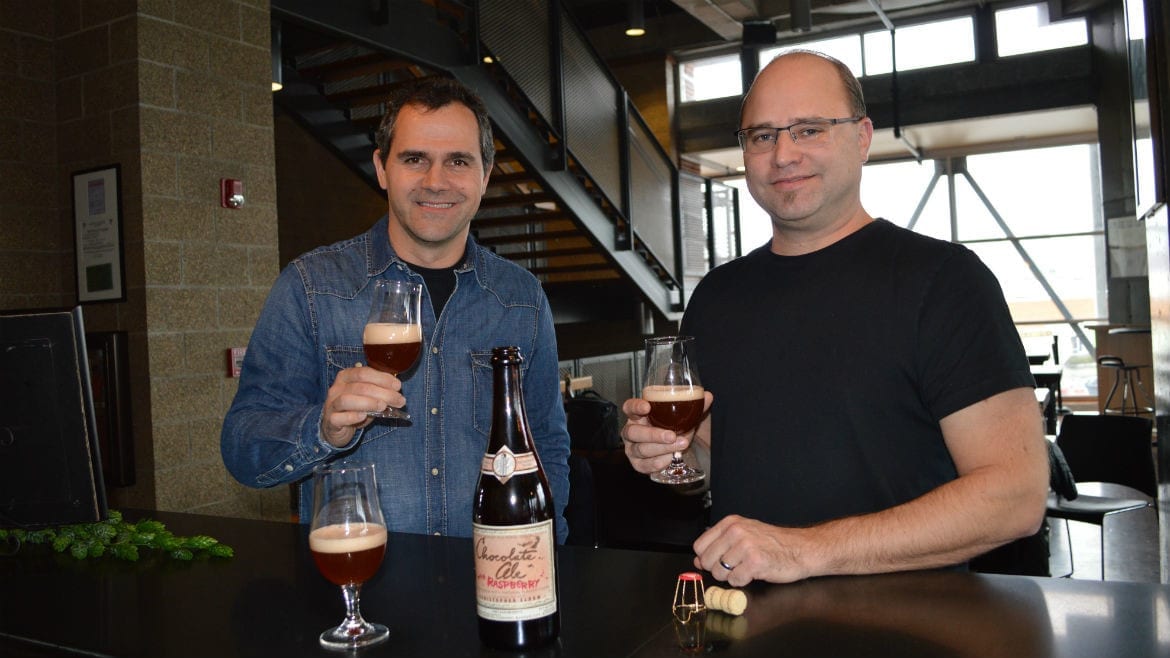 Christopher Elbow sells drinking chocolate year round, but nothing quite like what the Boulevard Brewing Company is slated to release next Tuesday, January 12.

Chocolate Ale with Raspberry is a new iteration of the Chocolate Ale that Boulevard and the chocolatier have produced in collaboration four of the past five years.

“Raspberry and chocolate is such an iconic, classic combination,” said Elbow. “Dark chocolate has a lot of the characteristics of berry, it’s why it’s so very popular.”

Chocolate Ale has certainly been popular since it debuted in 2011. The craze over the collaboration beer has, at times, been a frustration for consumers and the brewery. Retailers have been inundated with calls from frenzied customers. Profiteers have resold bottles on Craiglist at four to five times the retail price. In 2012, the brewery issued a partial recall and offered full refunds because of off flavors in the batch. The brewery decided not to make the beer in 2013, before it returned last year to local drinkers eager to fill their cup again.

“Its fun and hopefully it’s fun for the people who drink it and not a stress that they can’t get it,” said Elbow.

This marks the beginning of an exceptionally busy year for the brewery on Southwest Boulevard. It’s slated to release 36 beers (and that doesn’t include the experimental brews that are featured in the tasting room and sampler packs) in 2016. Over the next week, Boulevard will roll out a trio of beers – Early Riser Coffee Porter and Irish Ale (a seasonal inspired by Irish red ales) release in bottles next Monday – along with the Chocolate Ale.

“We’ve been through a lot of changes the last couple years, but we’re still a Kansas City brewery and this is the right thing for us,” Boulevard brewmaster Steven Pauwels says of continuing the collaboration.

Chocolate Ale is a unique beer in that it’s brewed with cacao nibs sourced from the Dominican Republic. The main difference for this year’s release is the third component: raspberry concentrate added after fermentation. Pauwels and Elbow worked together to determine the right ratio of raspberry to chocolate to ale.

“A lot of breweries are now working with chefs. But we’ve been doing this for five years and I think it’s just a matter of learning from each other,” said Pauwels. 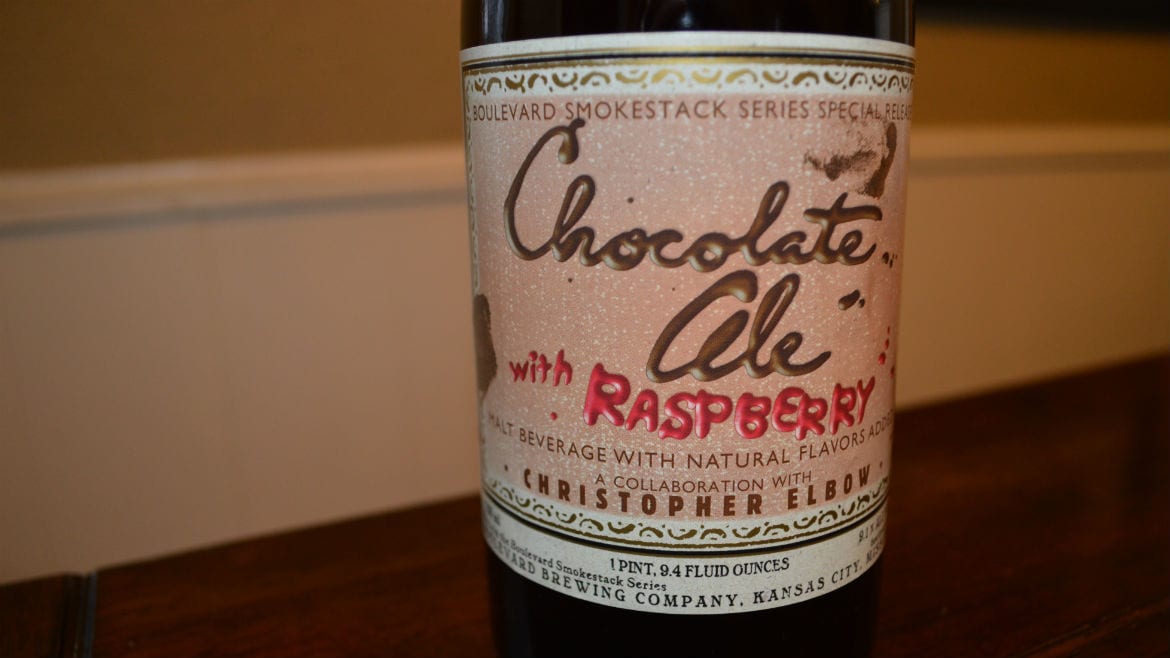 On Wednesday, Pauwels and Elbow stood at the second floor bar inside Boulevard’s brewery, each with a glass of the latest iteration of Chocolate Ale.

“You get that raspberry right out of the bottle and then it picks up the chocolate as it warms up,” said Elbow.

“The chocolate is almost more like the mouthfeel,” added Pauwels.

Boulevard provided a pre-market bottle for tasting and the Chocolate Ale with Raspberries is a swirling dance of a brew. Out of the fridge, there’s this big bold hit of raspberry in the nose and the first sip. That gives way to this deep, rich chocolate vein, before circling back to a distinct berry finish.

The brew pours with a subtle pink-red hue, almost like a highlight that brown hair would pick up in the summer. The key is to let this brew warm a bit, either in your hands or on the table. Because then it becomes something completely different — the chocolate is more forward and the finish is tart, rather than sweet, raspberry. You’ll be fine with the decision to sip. The brew clocks in at 9.1 percent ABV.

“The cacao gets more pronounced as it warms,” said Elbow. “I’ve always liked that it’s cacao beans and not a chocolate powder flavor.”

Elbow would recommend you sip the beer by itself, but if you need more chocolate to have on hand, opt for a dark piece of chocolate without a lot of sweetness. The beer will be available in both 750ml bottles (the same used for the Smokestack Series) and on draft. Pauwels thinks the keg beer is a little more chocolate-y, even though more cocoa nibs were used for the bottled beer.

“We try to stay ahead of trends,” said Pauwels. “But for me, it’s just a matter of how do we stay innovative.”