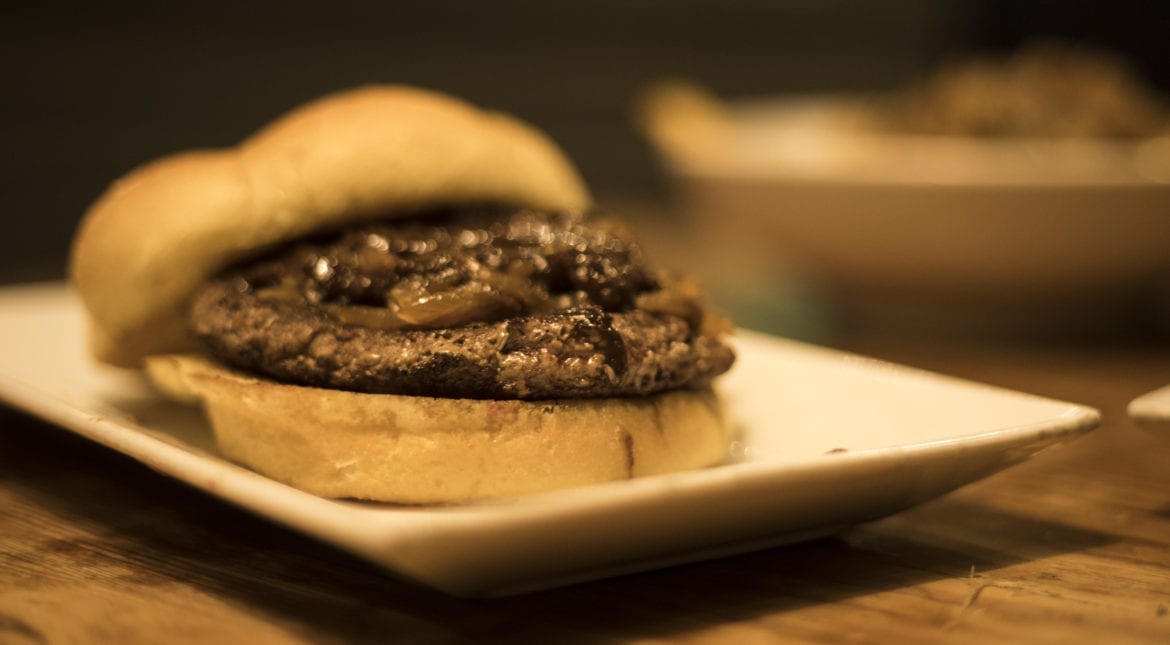 The Burger Stand at The Casbah is hosting a rare beer night benefit for the Lawrence Humane Society. It's a good excuse to get a beer with your burger. (Cody Boston | Flatland)
Share this story

The last eggs will be cracked at Cascone’s Grill (15 E. 5th St.) today. The long-time diner will close after more than 80 years in the River Market. Next up for the space, CitySceneKC reported that Anton Kotar, the owner of Anton’s Taproom on Main Street, will open Estelle’s Diner in the space.

Best Eat In the House | Anton’s Dry-Aged SteakBest Eat in the House features dining recommendations from people in and around Kansas City. For this episode, Kasim Hardaway, founder of the TKG Agency, stopped by to chat about the dry-aged, grass-fed beef at Anton's Taproom (1610 Main St.) We traveled…

It’s a concept that Kotar had previously looked to build out in the former Nichols Lunch spot, where KC Kitchen & Pizzeria is now.

Tickets are sold out for the Kansas Craft Brewers Expo; but sometimes the secret to getting a taste of great beer is to attend the events around the festival. The Burger Stand at The Casbah (803 Massachusetts St., Lawrence, Kansas) hosts its fifth annual Draws for Paws, a benefit for the Lawrence Humane Society, from 5 to 10 p.m. Friday. The beer lineup is a host of rare brews (2017 Firestone Walker Velvet Merkin), Free State’s Owd Mac’s and Lateral Roots, a Belgian tripel aged in wine barrels and a rum barrel-aged Death By Coconut from Oskar Blues.

Grain to Glass (1611 Swift Ave., North Kansas City, Missouri) celebrates its fifth anniversary at its current location with happy hour all day Friday. Feel free to tell work you’re not coming in because the doors open at 10 a.m.

Tannin Wine Bar & Kitchen (1526 Walnut St.) is hosting an eighth anniversary party from 4 p.m. to midnight Friday. It’s an all-day happy hour with a performance by jazz musician Mark Lowrey. Get skin-on fries with truffle aioli, a charcuterie board or ham and melty cheddar.

The sun will return. Fruit trees will bloom. Farmers’ Market season, impossibly, is only a little over a month away. In the meantime, check out the Winter Farmer’s Market from 9 a.m. to noon at the Independence Uptown Market (211 West Truman Road, Independence, Missouri).

While CBD oil is a trendy new ingredient, relying on fermentation for flavor is a time-honored tradition. Author Sandor Katz, artist S.E. Nash and Cafe Sebastienne executive chef Rick Mullins will have a discussion about adding funk and deep flavors to food and take questions during a free conference at 6 p.m. Saturday at the Kemper Museum of Modern Art (4420 Warwick Blvd). The doors open at 5:30 p.m. The post-conversation dinner highlighting fermentation is sold out.

The ‘Mayor of Flavortown’ is Here, KCGuy Fieri doesn’t just show up overnight in Kansas City, Missouri, park his red convertible and proceed to casually begin selling tacos. When Guy Fieri's Dive & Taco Joint opens today in the Power & Light District it will have…

The discovery of a waffle bar at a roadside motel is the greatest Sunday morning surprise. The tiny cups, spilling batter like a child and the anticipation of standing by that waffle maker and wondering if you’ll ever hear that beep telling you to unleash your waffle on the world.

Recreate that magic with The Waffle Iron pop-up at the Post Coffee Company (200 NE Chipman Road, Lee’s Summit, Missouri) from 10 a.m. to 2 p.m. Sunday. Pro tip: this doesn’t just have to be a Sunday thing … you can also get Waffle Iron waffles with fried chicken at Brookside Poultry Company (408 E. 63rd St.) from 11 a.m. to 3 p.m. Saturday.

Playing Safe in a Pandemic

Marking the Summer Solstice in Style

Options for Both Social Distancing Extroverts and Introverts