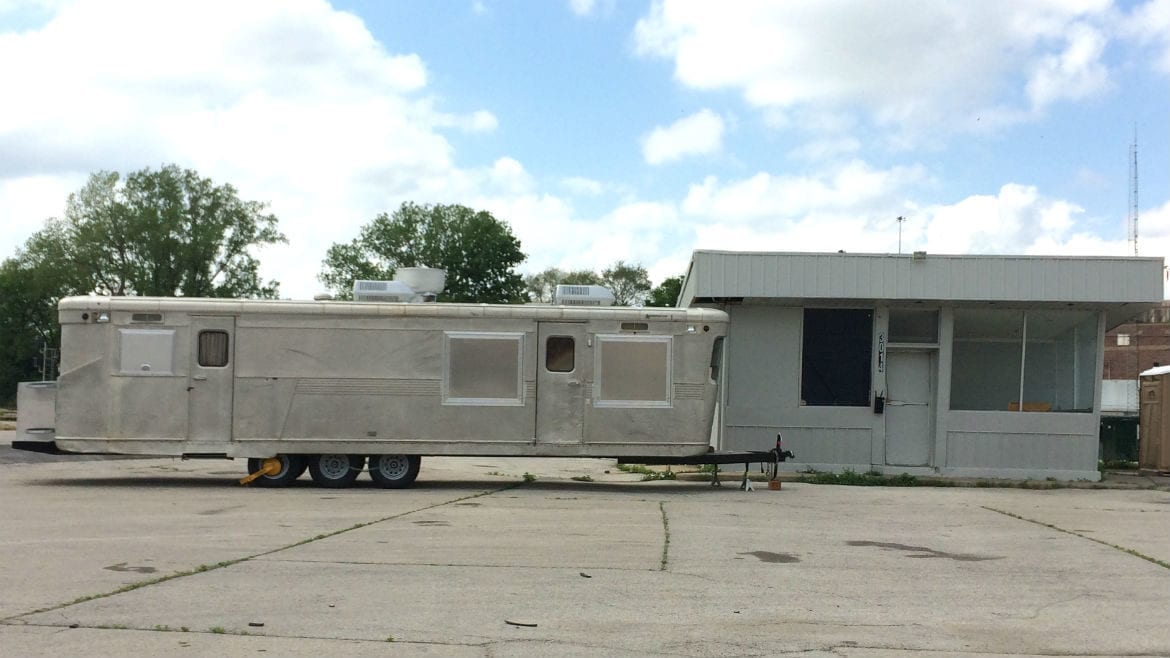 The 1953 Spartan trailer was in a field outside of Rantoul, Kansas. Chef Michael Foust was returning from a farm visit with every intention of heading straight to his restaurant, The Farmhouse. But the sun winked on metal, he turned around, drove up a farmer’s driveway, and made an impulse buy.

“My mid-life crisis is over,” said Foust. “If I knew when I drove past it what it would take, I never would have done it. But thank goodness I didn’t know.”

Eleven months later, the 35-foot-trailer nicknamed ‘Ethel,’ has been reborn as the Red Wattle food truck – the fulcrum of a new food truck hub at 3014 Southwest Boulevard. The Little Piggy food truck lot will have its grand opening on Sunday, May 1, from 12 to 5 p.m.

“I’m not reinventing the wheel. This is in other cities, but it hasn’t come to Kansas City yet,” said Foust of the food truck hub concept.

The trailer will be run a pair of chefs from The Farmhouse kitchen: Andrew Minks and Aaron Turvey. While Red Wattle will be farm-to-table like The Farmhouse, the similarities between Foust’s brick-and-mortar restaurant and food truck end there. Red Wattle will feature fish and game smoked on a combination of hickory and apple wood. Foust also envisions roasting whole animals in a pit.

“We’ll have smoke and fire, but this is not Kansas City barbecue,” said Foust. “We’ll use smoke as a form of cooking, not as an identifier.”

The truck’s menu will focus on sandwiches and small bites to start. Foust has been experimenting with dishes like a smoked rabbit poutin with Shatto cheese curds and a cheese steak that features cheese from local creamery Skyview Farm.

“One thing I’ve learned working with local farmers is that Mother Nature gives me what she gives me,” said Foust. “We’ll have a chalkboard menu that says this is what we’re going to do today.” 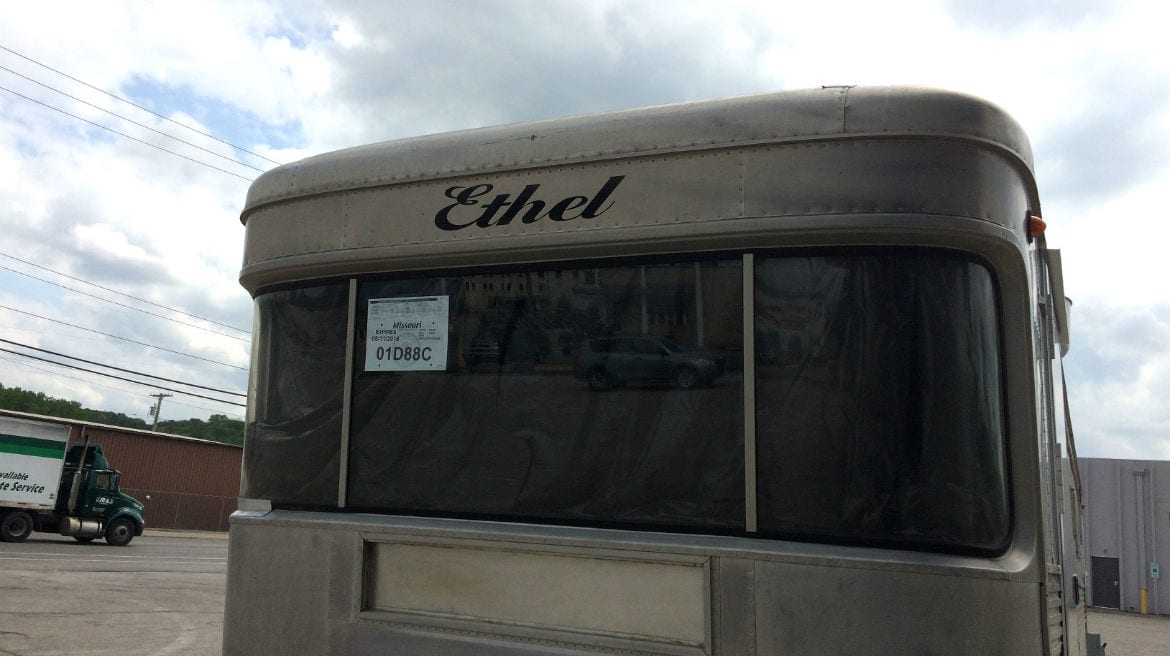 While the truck was being built out by MAG Specialty Vehicles in Grain Valley, Foust’s idea just kept getting bigger. A permanent home for the Red Wattle truck became a hub for six food trucks. The plan is to rent space out by the month and the initial lineup will feature Wilma’s Real Good Food, El Tenedor, Pie Hole, Fungal Fusion (a new venture from Trammell Treasures Mushroom Farm), and Red Wattle. Foust is also hoping to attract a coffee truck for the breakfast hours.

The lot will have a commissary kitchen – the former office for the car lot that preceded the food truck hub. The seating, to start, will be plastic fold-up tables and benches, although Foust would like to replace those with custom wood communal seating in the future. He could also envision setting up a screen to play black-and-white movies like a drive-in theater with the sound delivered to your phone via a custom app, along with some green space or a fire pit.

“This will morph and change,” said Foust. “I want to soften this from a concrete lot.”

If Little Piggy No. 1 is successful, Foust could envision a series of lots around the metro with shipping containers repurposed as commissary kitchens so food trucks could have additional capacity and more prep space. But first Foust knows that he needs to bring people to Southwest Boulevard.

“We want it to be a place that is part of the community,” said Foust. “That’s how it was with The Farmhouse. I feel like the best way to do business is to take care of the community first.”

The Joy of Cooking With Beer