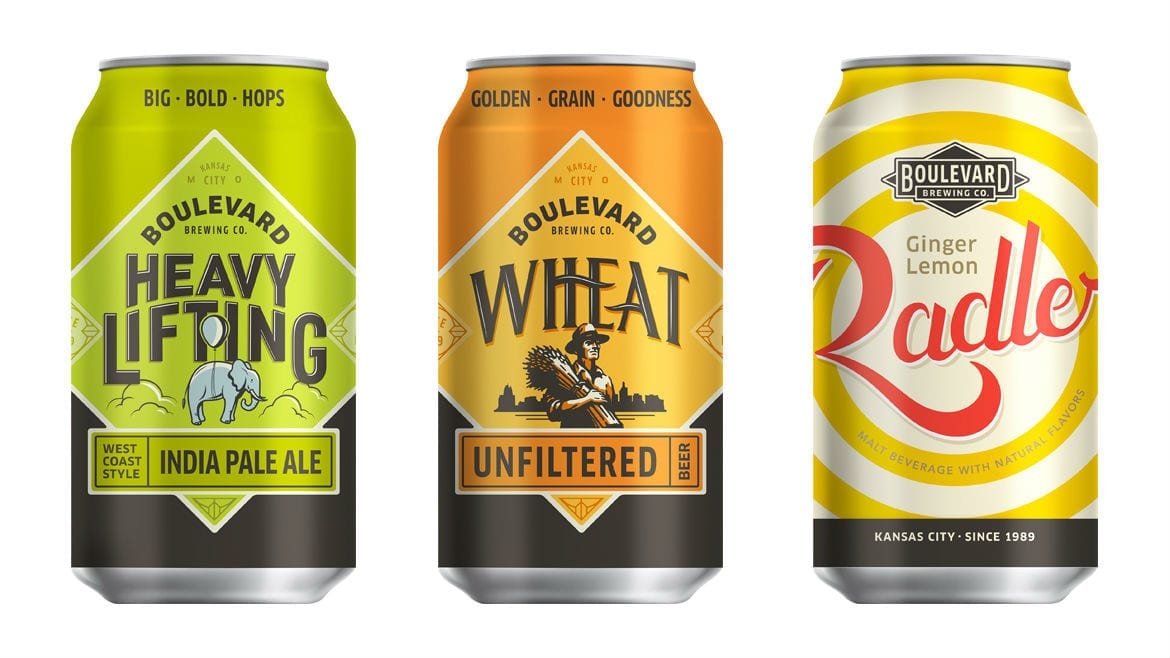 Boulevard has unveiled a new look and lineup for its canned brews. (Boulevard)
Share this story

When most production breweries begin distributing their beer, they usually start with kegs sold by distributors. And when a local or regional brewer decides to distribute packaged beer, they face a choice of using cans or bottles. Right now, the trend toward packaging beer in cans is on a roll.

Tallgrass Brewing Company, based in Manhattan, Kansas, was the first major production brewery in the region outside of Kansas City to commit to packaging only in cans. Established in 2007, Tallgrass founder Jeff Gill announced in a 2010 “Canifesto” that he decided the company would switch from bottles to 16-oz. cans that year for several reasons. Aluminum cans are lighter and less costly to ship, which saves fuel and is environmentally friendly. Cans are far more likely than bottles to be recycled by consumers. Also, canning technology has improved to coat the inner lining of cans with an epoxy-based coating so the package doesn’t leave a metallic taste in the beer. From a quality standpoint, cans are impervious to light and do not allow ultraviolet (UV) rays to reach the beer and impact its quality.

Lastly, Gill understood that cans offered a better platform for its irreverent, colorful pop-culture branding. The vibrant design of Tallgrass cans help the brand jump off the shelf. Core brands such as 8-Bit Pale Ale and Buffalo Sweat Oatmeal Cream Stout, seasonals, and the Tallgrass Explorer Series, such as The Grizz Imperial India Pale Ale and 2016 spring release Raspberry Jam, a raspberry Berliner Weisse, are easy to spot on crowded retail shelves. 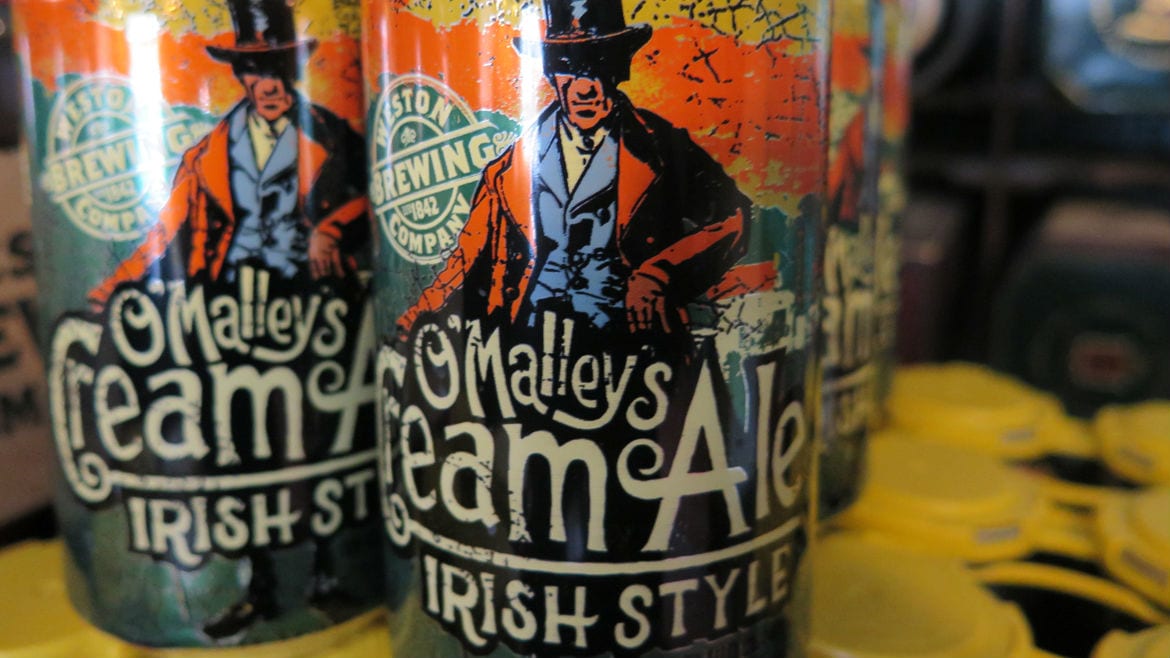 Other area breweries have adopted cans for the above reasons as well as the portability of cans. Cans are allowed in outdoor venues and places where glass bottles are restricted. Weston Brewing Company has canned its beers for the past three years.

The decision to switch from glass bottles to cans made sense for Weinfurt and co-founder/brewer Michael Coakley.

“We are just bigger fans of the light weight and no light part,” Weinfurt says. “Though not getting cut 1,000 times a day also played a role.”

In January 2015, Boulevard Brewing announced that it would release a combination of year-round and seasonal beers in cans: Unfiltered Wheat Beer, Pop-Up IPA, Heavy Lifting IPA, and Ginger Lemon Radler. In 2016, Boulevard announced a new company logo and revamped branding. The new designs for its canned beer and other packaging presents a simple, bold, and clean look. Separately, Boulevard issued notice that its Pop-Up IPA would be rebranded as Frequent Flier Session IPA with a fresh look in line with its new design direction.

Based in North Kansas City, Cinder Block Brewery also began to package its core beers in cans. Prime Extra Pale Ale, Weathered Wit, Northtown Native, and Block IPA are currently available. Another forthcoming IPA (to be announced) will be released in cans and on tap later in March. Cinder Block’s fans have been snapping up cans of the brewery’s beers for consumption at home and other locations outside of the taproom. But, the canned beers are produced in limited quantities and currently may only be purchased at the brewery’s taproom.

“We sell out of IPA really fast, usually within a couple days,” says head brewer Bryan Buckingham. “Everything else lasts about two weeks [before selling out].”

By mid-2016, Martin City Brewing plan to install a canning line and begin to can its Hardway IPA, City Saison, Belgian Blond, and Abbey Belgian Ale, plus a rotation of seasonal beers.

While bottling beer is not going to disappear anytime soon, more breweries of all sizes consider canning as an option for packaging beer. As a result, beer drinkers have more choice than ever when buying a six-pack of beer to bring home.

–Pete Dulin writes about food trends for KCPT’s Flatland, and is the author of the KC Ale Trail.