Can The ‘Airbnb Of Kitchens’ Give Local Food Economies A Boost? 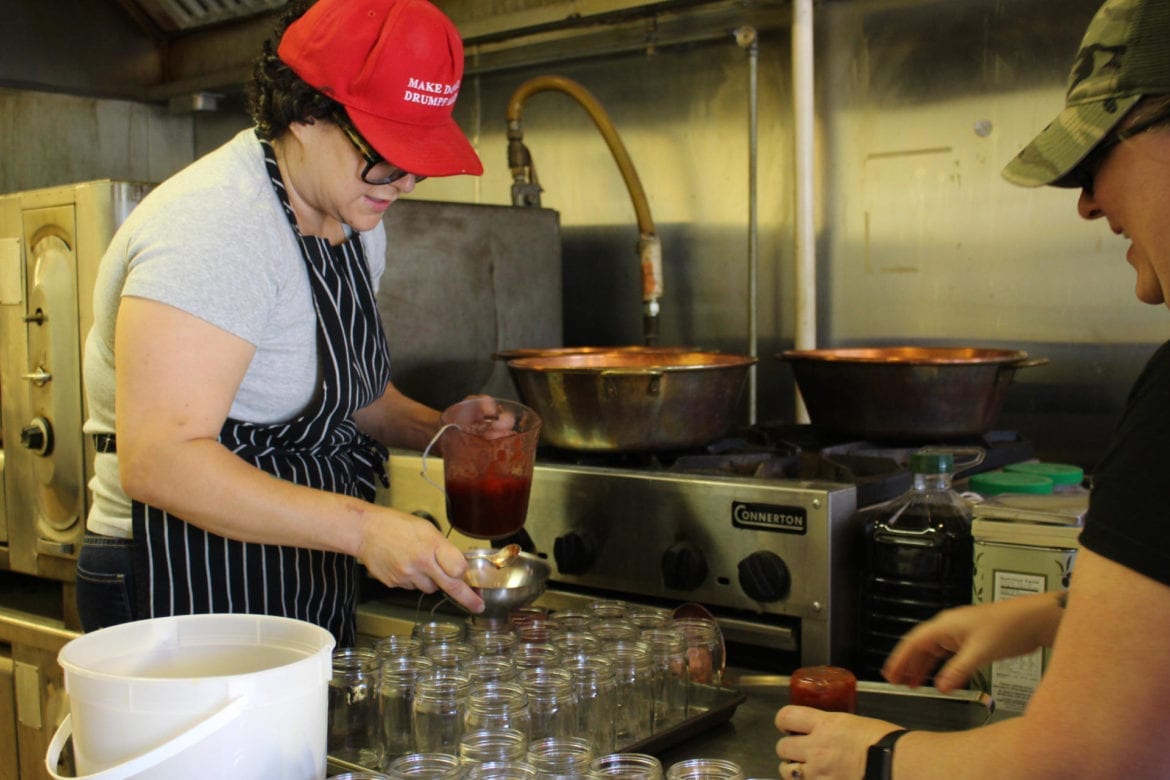 The hardest part of starting a new food business should be in perfecting the secret recipe. For many entrepreneurial cooks though, the tough times come when searching for a space to legally make and sell their food.

Commercial kitchen space, with stainless steel counters, industrial appliances meeting food safety regulations and appropriately-sized sinks, can be hard to come by and expensive to build. One tech startup is trying to fix that, using the same sharing economy concepts as travel titans Uber and Airbnb.

While several states now have laws — often referred to as “cottage food” legislation – that allow aspiring cooks to experiment in their home kitchens and sell their concoctions, many early stage food entrepreneurs say at a certain point they must graduate to a bigger space. To stay within the bounds of food safety rules, that move often puts them in the market for an inspected commercial kitchen.

Commercial kitchens are scattered all over the place. Most restaurants, and many churches, community centers and schools have kitchens up to code. Depending on their schedules, it’s likely that space sits empty at some point during the day.

Ashley Colpaart, founder of The Food Corridor, an app and online marketplace for shared kitchen space, says that’s a wasted opportunity. She’s been pitching her idea in tech circles across the country. 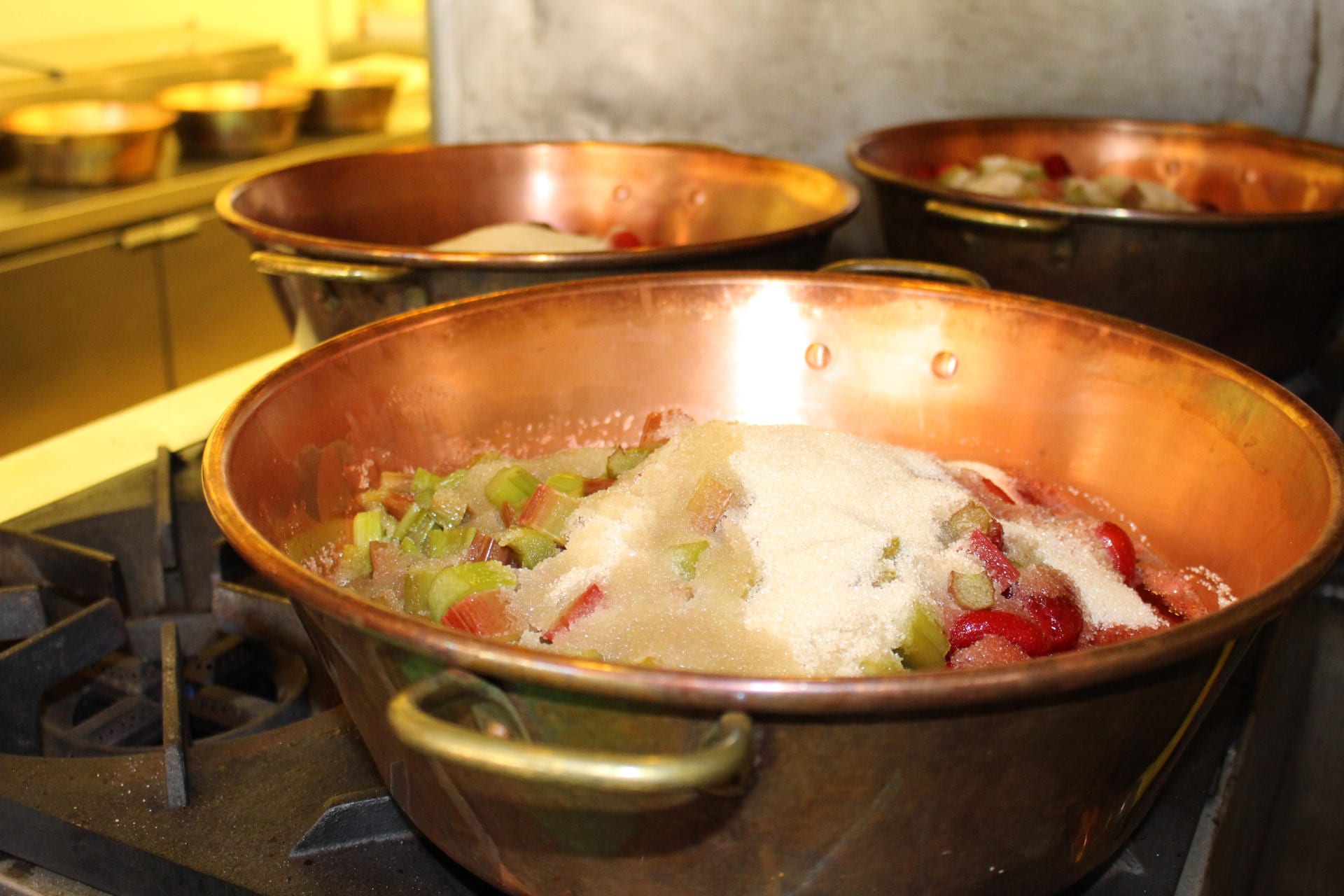 A mixture of sugar, strawberries and rhubarb cooks next to a pizza overn as it is turned into jam. (Photo: Luke Runyon | Harvest Public Media)

A mixture of sugar, strawberries and rhubarb cooks next to a pizza overn as it is turned into jam. (Photo: Luke Runyon | Harvest Public Media)

A mixture of sugar, strawberries and rhubarb cooks next to a pizza overn as it is turned into jam. (Photo: Luke Runyon | Harvest Public Media)
Think of it as the Airbnb of commercial kitchens: The Food Corridor attempts to act as an online matchmaker between the owner of a commercial kitchen and an entrepreneur who wants to rent it. Before she came along, craigslist was the best online option to find a space.

“There were all these under the radar ways that people were accessing commercial kitchen space to produce their goods and I thought, ‘Why not make the invisible, visible?’” Colpaart says.

If the sharing economy has revolutionized other industries like travel and hospitality, why can’t it do the same for the local food movement?

Local health department code and commercial kitchen access? Not as sexy. But still vitally important to give food entrepreneurs a real opportunity to grow a business, Colpaart says.

Kathy Lee knows that struggle to find a place to plant a business. Ever since starting her jam company, called Modern Gingham, she’s been bouncing around commercial kitchen spaces in the Denver metro area.

She ships her jars to shops across the Midwest, including to Colorado, Nebraska and Illinois.

As Lee pours a steaming hot jam mixture into mason jars, she takes stock of her business’ kitchen. Lee doesn’t own it. In fact she’s only there a few hours every month. Her preserves are cooking right next to a pizza oven, as she’s made the kitchen at Basil Doc’s Pizzeria in Denver’s Washington Park neighborhood her home base. 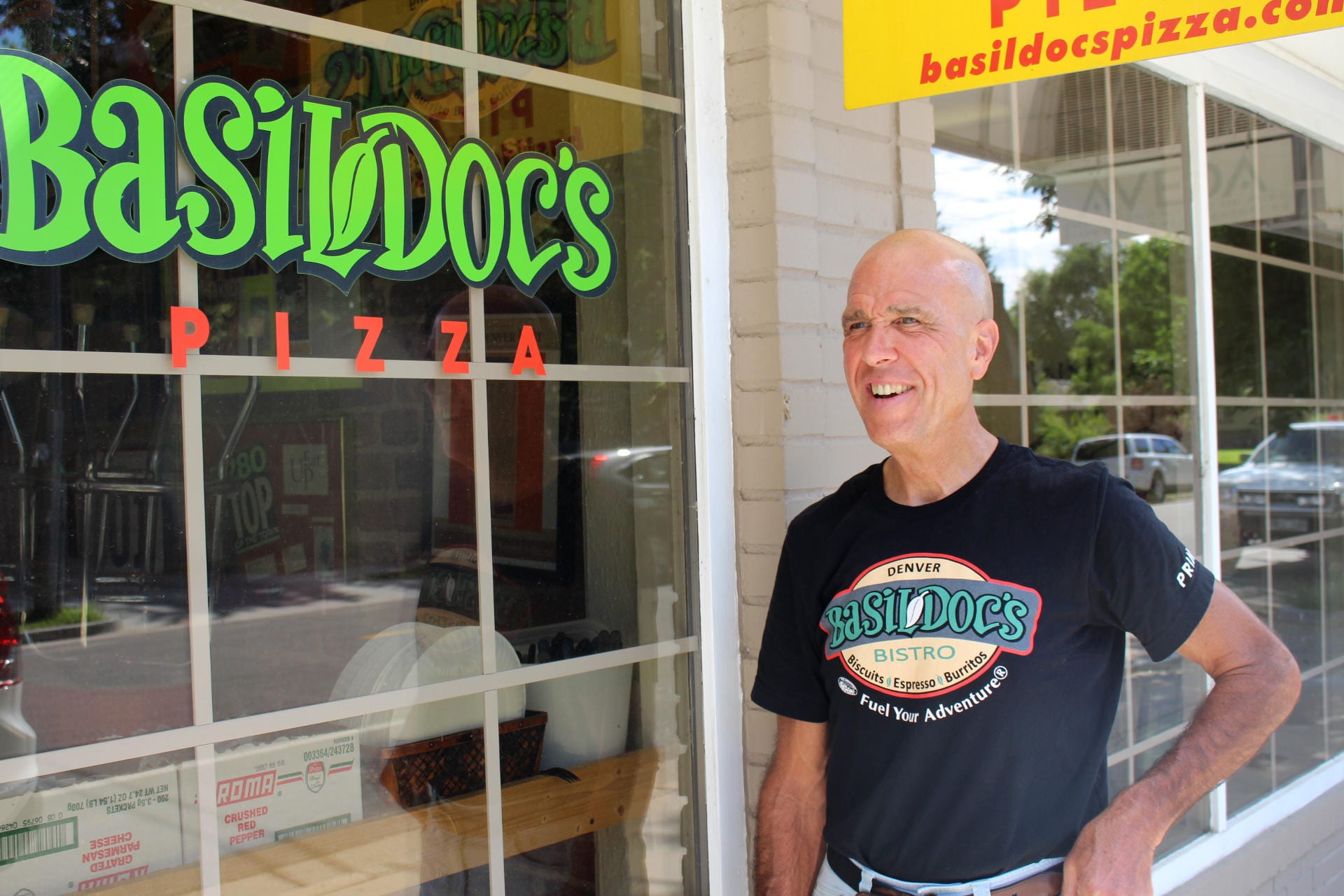 See, if Lee wants to make big batches of jam to sell legally, food safety rules say she needs a commercial kitchen. Technically she could do it in her home kitchen because of a cottage foods law, but at the scale she’s producing — 13,000 jars in 2015 alone — she needs a larger space.

“If I don’t have a space to cook, my business is effectively done,” she says.

The expense of building her own space was out of reach. When she started the business, her first cooking spot was in a nearby restaurant. She outgrew the space quickly. The next few stops were in shared commissary kitchens, which she says tended to be inflexible, expensive and overburdened with rules.

“The hardest part of running a business should be selling what you make, not the brick and mortar that you’re working out of. Maybe that’s a naive perspective. But it’s been the most frustrating process,” Lee says.

The pizza shop’s owner Mike Miller says it’s not just jam-maker Kathy Lee who’s winning in this situation. He gets some extra cash from rent. They were paired up by The Food Corridor.

He’s only in operation in the evenings, “So the pizza shop sits empty for essentially 19 hours a day,” Miller says.

Because he’s established, Miller says he might as well give back to another food entrepreneur. He got some help when he first started his restaurants. He wants to see the local food movement thrive in his own neighborhood.

“The barrier to entry in the food industry is very, very – I don’t want to say cost-prohibitive – but it is an uphill struggle,” Miller says.

Sometimes it’s the little things, like opening up the doors to your pizza shop, that can make or break a new business.