Chef Jakob Polaco Shares Recipe To Hold You Over Until Then 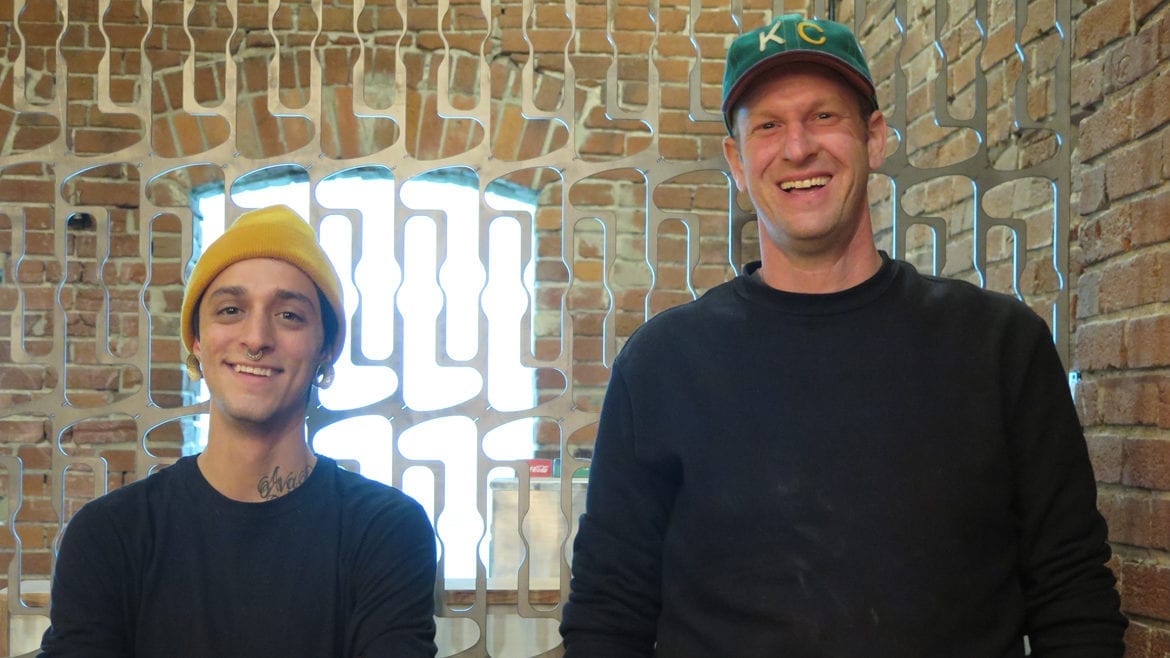 Chef Jakob Polaco, left, and Adam Northcraft are the team behind Aep. (Photo: Pete Dulin I Flatland)
Share this story

Since the September announcement, Polaco has been joined by Adam Northcraft. They have agreed to a business partnership and will open and operate Aep together.

Earlier in 2016, Polaco traveled to Vietnam, Thailand’s northeastern region of Isan, and Bangkok for culinary research. He took cooking classes and learned to prepare dishes from street vendors. Stateside, he’s cooked at a Thai eatery and fine dining restaurants in Kansas City.

Northcraft worked at Local Pig with subsequent stints at Bluestem and The Rieger. Like Polaco, Northcraft has traveled extensively throughout Southeast Asia including Thailand and Vietnam. They share a similar sensibility and appreciation for the depth and diversity of regional cuisine in both countries.

Northcraft’s interest in Vietnam began close to home. He has lived in Columbus Park for 15 years, a neighborhood that was heavily populated by Vietnamese residents. At Local Pig, Northcraft worked with a guy that relocated to Vietnam. Northcraft visited his friend in the country four times, immersing himself in the food culture with each visit.

“It’s fast-paced and untamed,” he said. “There’s a different perspective there. You can enjoy peaceful spots and have sensory overload.”

The duo have devoted much of their time to quickly overhauling the restaurant’s interior and lower storage space. They also purged old equipment left by prior tenants.

The revamped 75-seat main dining room in the 100-year-old building has a rustic feel with dark wood floors, exposed brick, and rattan light fixtures. Low dividing walls were removed to open up the interior space. Several suspended metal displays with intricate cutouts add an industrial look. These distinctive “walls” separate sections of space but allow a line of sight across the room.

One area for large groups features a long communal dining table with low metal stools, similar to the informal seating diners would find at streetside restaurants in Vietnam and Thailand. An adjacent dining room is reserved for future development. The upper outdoor deck will open in spring as part of the restaurant’s second phase.

The kitchen space was streamlined for fast-paced preparation of regional Thai dishes.

On a recent visit, Polaco turned up the flame on a stove that uses both gas and hardwood lump charcoal. A wok-style pan rested in an insert above blue-orange flames licking at the pan’s edges. He added a dash of oil to the smoking hot pan and began to saute king oyster and shiitake mushrooms for forest mushroom pad see ew. Next he added Chinese broccoli, additional oil, and fresh rice noodles wide as a prize ribbon. Polaco repeatedly flipped the contents in the pan with a firm flick of his wrist, stirring the ingredients with a spatula. After adding a light dose of Healthy Boy thin soy sauce and sugar, the dish is plated and garnished with a custom blend of dried chili flakes. 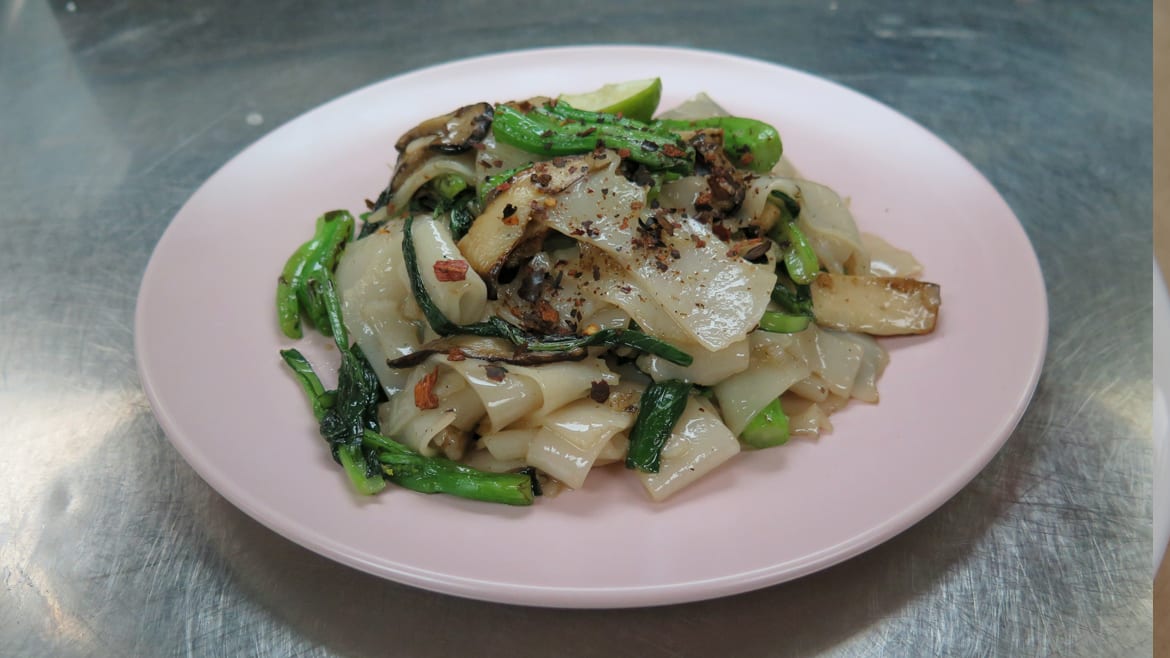 “An Indonesian dish on the Saturday brunch menu will have rice porridge with a Chinese-type cruller, and blood cake,” explained Polaco. “The blood cake is like bologna. It’s sliced and seared like sausage for breakfast.”

Lahpet Thoke is a Burmese fermented tea salad. Polaco assembled a plate of sliced compressed tomato in ginger juice with peanuts, fried shallots, chili flake, macadamia nuts, a savory rice paddy herb (a flowering plant native to Southeast Asia), and king oyster floss. The green flat-leafed herb had hints of pepper, citrus, and green cumin. Floss, a common ingredient in Asian cuisine, refers to a dried ingredient such as oyster or pork that has been dried and processed into a thin, stringy foodstuff. A puree of house-fermented tea leaf provided a savory sauce. Polaco’s version remained true to the variety of textures and flavors of the dish.

“Fermented tea salad is so common in Burma that it’s like junk food,” said Polaco.

To demonstrate his point, Polaco and Northcraft retrieved a shiny foil package of Myanmar Pickled Tea. The package’s imagery illustrates how its ingredients would be plated with tomato, pearl onion, chilies, and sliced vegetables for a crunchy salad or snack. This attention to detail reflected how serious Polaco and Northcraft are about preparing dishes that reference street food and homestyle dishes.

“Thai cuisine is multifaceted,” said Polaco. “We want the food to be approachable.”

Polaco and Northcraft have conducted firsthand “on the ground” research. They share a drive to replicate or closely approximate regional Thai dishes. Diners eager to experience and learn about the wide variety of Thai cuisine will have plenty to explore at Aep.

Lime and chili flake for garnish