This is the Question We’ll Report About KC Streets 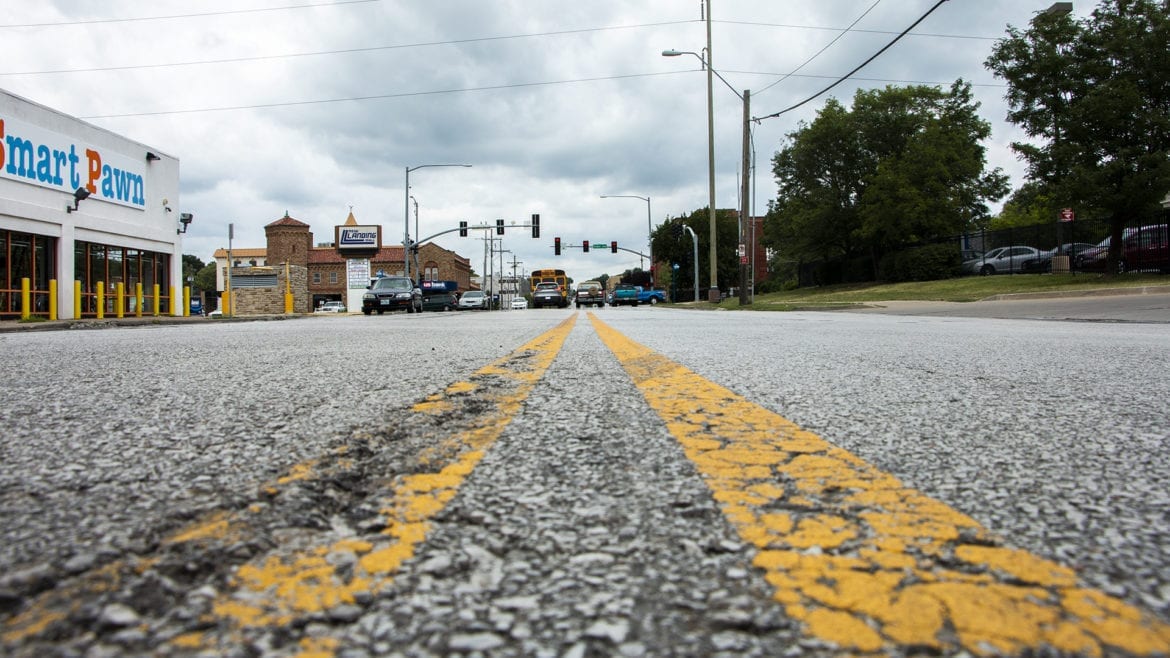 We're taking curiousKC to the streets for our next voting round. (John McGrath | Flatland)
Share this story

Editor’s note: This article has been updated to reveal the winner of the April voting round.

Paseo Boulevard was renamed Dr. Martin Luther King Jr. Boulevard this January, the result of an effort that first started eight years ago.

Turns out, the change to one of Kansas City, Missouri’s main thoroughfares stirred up a few curiousKC questions. So here it is, the batch of questions you voted on. Before we reveal the winner, read the background on why your fellow Kansas Citians submitted these four questions to curiousKC.

Note: The number of votes has been added at the end of the question.

“James Reed has a road in Kansas City, Missouri but not the remarkable Nelly Don. What streets memorialize women?” (94)

Stacey McBride has submitted questions to curiousKC before, but this time her query was sparked by ‘Nelly Don: The Musical.’ “There’s the James A Reed Road — that’s who (Don) married — I go on it all the time,” McBride said. “But, I thought, ‘Huh, I can’t think of a Nelly Donn Road’. And then it occurred to me – because I have two daughters – come to think of it, I don’t think there are any (streets named after women).” She wants Flatland to prove her wrong.

“For whom are streets in Kansas City area named, such as Winner Road, Gregory Boulevard, Ward Parkway, Gladstone Boulevard, etc?” (42)

Similar to the first question, this one is about street names. But this comes from Sharon Adkisson of Independence, Missouri, who simply loves local history. She moved to Kansas City, Missouri, a decade ago to be closer to her grandchildren, and as she drove through town street names caught her eye.

Marvin Payne of Independence, Missouri began to look into the topic himself, but “I found little or conflicting information on Google,” he wrote to Flatland in an email. Payne is a self-proclaimed history buff and tasked Flatland to find the origins of Kansas City, Missouri, street names.

How is Switzer (of Switzer Road) pronounced? We always said it with a long “I.” (20)

Though this question asker didn’t respond, Flatland’s online news editor Mike Sherry also wondered how this road is pronounced. A poll in the newsroom pretty much landed at, “I don’t know.” You keep us on our toes!

Now, for the winner: Almost 100 people wanted to know which streets in the city memorialize women. So look for the report in the next month or two.

Voting for this round ended April 30th. But please check out the just-launched voting round for May below! And we welcome new questions all day, every day. Ask a #curiousKC question by clicking here.

—Vicky Diaz-Camacho is the community reporter for Kansas City PBS. Reach out to her via Twitter at vickyd_c or at vdiaz-camacho@kcpt.org