The Rise and Fall of a Boomtown 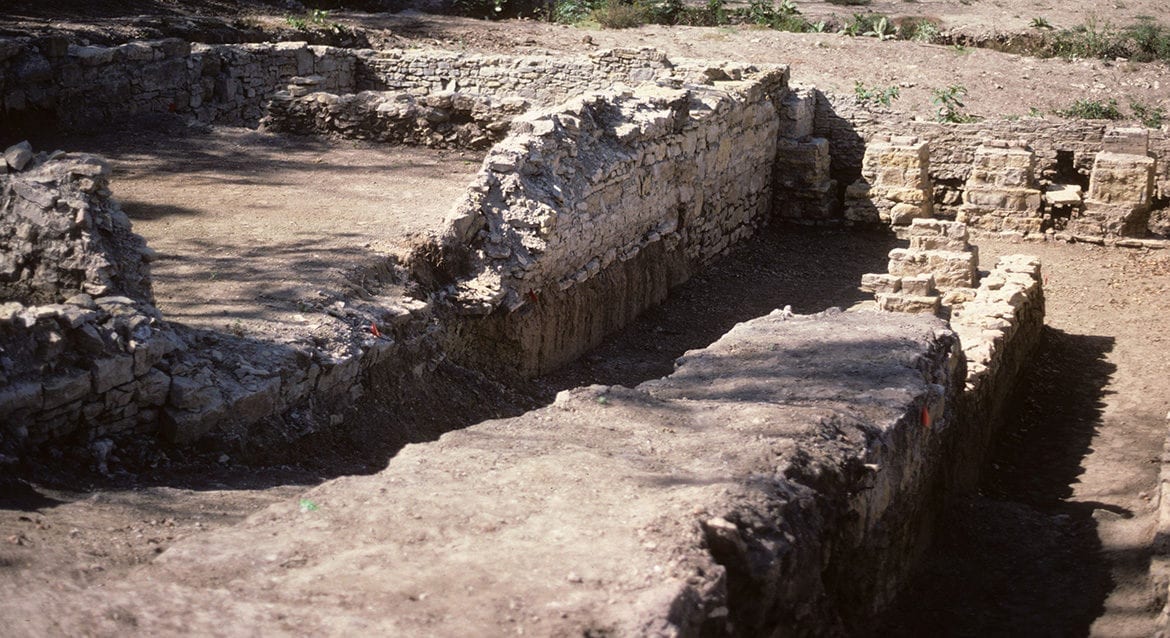 Excavation work in the 1980s uncovered building foundations that speak to Quindaro's prosperous past. (Larry Schmits)
Share this story

The Kansas-Nebraska Act in 1854 made Kansas territory the center of the conflict over the future of slavery. The act’s “popular sovereignty” provision ditched the long-held Missouri Compromise, which had limited slavery’s reach. Instead, it placed the fate of slavery in the hands of Kansas voters.

Energized, pro-slavery forces put Kansas squarely in their sights as the first step in expanding slavery as far west as California. Missouri’s pro-slavery forces encouraged people to temporarily move to Kansas and vote for slavery. In fact, more than twice as many people voted for slavery in the Kansas territory’s first constitutional convention as there were registered voters.

Appalled, abolitionist forces reacted by encouraging anti-slavery settlers to move to Kansas. One of the first Free State towns was Lawrence. But the Free Staters soon found they needed their own port on the Missouri River to bring in recruits and supplies. Steamboats at the time would stop only at pro-slavery towns, such as Kansas City, Missouri, and Leavenworth and Atchison, Kansas.

So the Free Staters negotiated a sale of land from the Wyandot Indians near a rocky point on the river that formed a natural levee.

The Wyandots, who had been removed by the U.S. government to Kansas from their home in Ohio, joined with their Anglo-American neighbors to lay out the town, build buildings, start businesses, open hotels, launch a newspaper and open schools, including one of the first schools in the nation for black students.

The town became home to settlers from the Wyandot Nation, white Free Staters and entrepreneurs from the East Coast, and African-Americans seeking a home in free land.

At its peak, the port of Quindaro had two of its own steamships and operated a ferry across the river to Parkville, Missouri.

The port town was so successful between 1857 and 1858 that one account estimates nearly all of the merchandise for southern Kansas was unloaded there. Often as many as six steamboats were docked at the port at any one time. Seeing this success, other steamboat companies ended their sanctions against Quindaro.

Quindaro’s population boomed, attracting idealists such as Clarina Nichols, one of the first suffragettes in the west, who lobbied for the rights of women and African-Americans. She, as did others, would later record her memories of the town’s people defying the Fugitive Slave Law by helping to assist runaway slaves on the underground railroad.

The boom, however, was brief.

By 1861, the town’s population, which had grown to more than 1,200, had shrunk to fewer than 700. A national economic panic contributed to its demise, as did the advent of the Civil War. A delegation of soldiers quartered there systematically dismantled its buildings to provide fuel for heat.

In addition, as the Free State forces won out over the pro-slavery crowd, Quindaro’s role as a Free State port was no longer necessary. Atchison and Leavenworth, much larger towns, now received Free Staters with open arms.

But the town’s legacy didn’t end. A school for children of escaped slaves started by the Rev. Eben Blanchly was sold to the African Methodist Episcopal Church and moved up the bluff looking over the town ruins.

Renamed Western University, it was the first black college west of the Mississippi. It lasted until 1943, combining scholarship with training in the practical trades of the day. During its time, the school would become the centerpiece for the town, as it became largely an African-American community.

‘Why Hasn’t It Been Finished and Made Public?’ You Asked And We Coordinated Our Reporting

It seems like the stars aligned around the reporting of Quindaro.

Because just as Flatland was initiating research on the stalled preservation efforts at that historic section of Kansas City, Kansas, Laura Maddox of Pleasant Valley was also wondering about the sorry state of affairs at the location.

“What’s the state of the Quindaro excavations on the original town site?” she asked curiousKC in late fall. “Why hasn’t it been finished and made public?”

Maddox’s interest in that area dates back a couple years. It was then that a friend who lived near the site told her about the ruins. Maddox’s recollection is that the friend came upon crumbled buildings while mushroom hunting, and then asked Maddox to come along on a subsequent walk.

Ask Your Questions to #curiousKC on Facebook Live
Watch live at 1 p.m. on Tuesday, Feb. 6 for our curiousKC Facebook Live event — we’ll talk about Maddox’s question and answer any of yours about Quindaro, the reporting process, and this history of the site. Follow @FlatlandKC on Facebook.

The handmade bricks — Maddox could actually see the finger marks in them — indicated to her that these weren’t just run-of-the-mill foundations from burned-out houses. Online research gave her more background.

She was disappointed that the archaeological work had stalled. People she encountered had no idea such an important piece of history existed so close to home.

“It has a rich history and it is sad nobody knows about it,” she said, “and that it has been taken over by time and trees.”

Maddox was saddened by the infighting, mistrust, and lack of funding Flatland uncovered while reporting on the decades-long effort to preserve and commemorate the site.

It seems to Maddox the thicket represents a real missed opportunity for educators; the construction history could even be incorporated into math lessons, she said.

She said a well-developed landmark, with walking trails and interpretive centers, could also inject civic pride into the present day Quindaro, which is now a downtrodden part of KCK.

“Maybe that could be turned around if they got the community involved in something like this,” Maddox said.