MARC, Others, Focusing on Hard-to-Count Neighborhoods 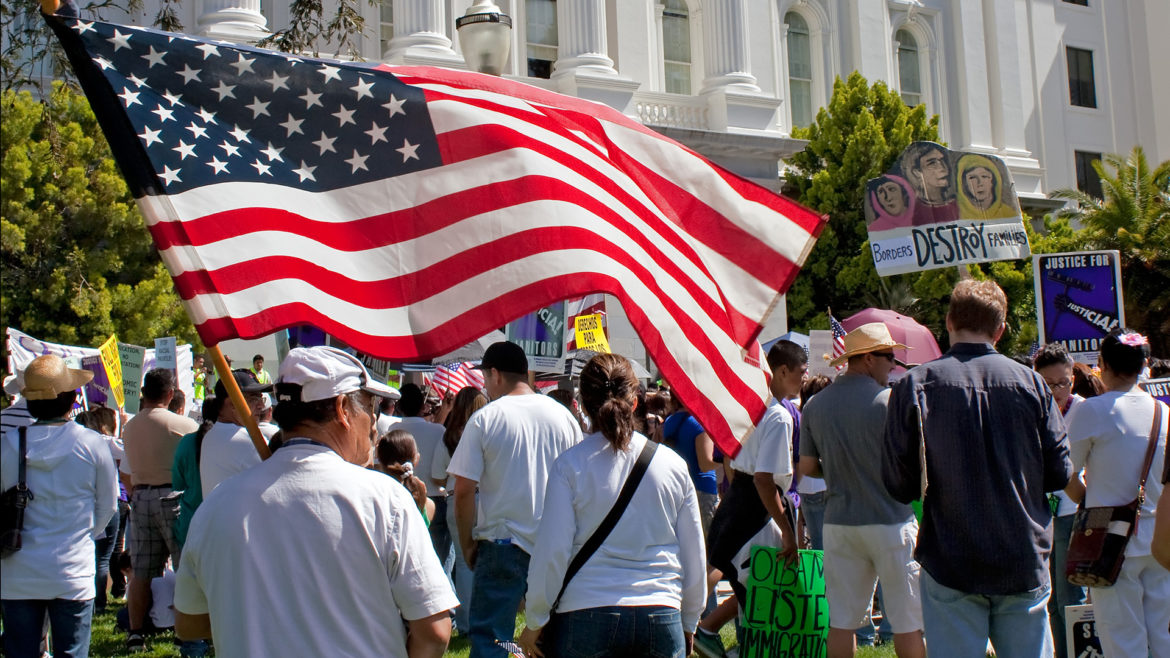 The upcoming U.S. census is a building block of representative government, which is why Kansas City-area officials are working hard for a complete count. (Flikr)
Share this story

The mantra of the U.S. Census Bureau could very well be: For every vote to count, every person must be counted.

That’s because the bureau carries out the constitutionally mandated population count that drives congressional representation. It’s what the census bureau calls the founders’ “bold and ambitious plan to empower the people over their new government.”

Put another way, the census is a cornerstone of democracy.

Of course, the headcount is infinitely more complicated now than at the time of the first decennial census, in 1790, when Congress sent out U.S. marshals to knock on doors. The bureau now is gearing up for next year’s count.

And the stakes are high, with the population data now going way beyond the task of establishing legislative districts. The data forms the basis for business decisions and also determines the allocation of billions of dollars in federal aid for everything from roads and bridges to safety-net services.

There’s little wonder then that local organizations, such as the Mid-America Regional Council (MARC) in the Kansas City area, and national philanthropic groups, such as the Funders Census Initiative 2020, or FCI, are mobilizing to promote a complete count.

And that brings us to Steven Romalewski, director of the mapping service at the City University of New York (CUNY) Graduate Center in New York City.

With FCI support, he and his team have developed a national hard-to-count map, aimed at helping groups around the country identify and reach populations that have been traditionally undercounted. Under their methodology, about 20 percent of the nation’s 72,000 census tracts qualify as hard to count, based on the rate at which residents filled out and returned the 2010 census questionnaire.

The list of hard-to-reach populations includes immigrants who might be distrustful of government, children under the age of 5, and a mobile population of non-homeowners. Blacks also have had a lower participation rate than the population as a whole, according to MARC’s Marlene Nagel, as has the LGBTQ community.

Romalewski alerted us to his team’s work after he ran across curiousKC’s online call-out for inquiries about the 2020 census (see the form below).

CuriousKC is set up to answer questions, but we overlooked the fact that Romalewski submitted a statement because we were intrigued by this whole hard-to-count concept. We were also fascinated by the level of detail now available with modern mapping technology, both through the CUNY project and the census bureau’s own tools.

(Among other things, the hard-to-count map highlights tracts with low rates of internet access, which is important, given the census bureau’s emphasis on on-line submissions this time around. The so-called digital divide also could crimp the participation of older residents, who have traditionally been a high-responding population.)

Even a small undercount can be significant. MARC estimates that a miss of just 1%  could cost the Kansas City region $48 million annually in federally allocated funds.

Consider a small community that is right on the population threshold of eligibility for funding through a federal program, said Nagel, MARC’s community development director.

‘It Matters For The Whole Region’

“If fewer people respond, and it drops them below a certain number, they may miss out on being included on a list of communities for one program or another,” she said.”So it matters for the whole region, it matters for large cities, but it also matters for smaller communities, too.”

Another scenario, Romalewski said, could be a school overwhelmed with students at the start of classes in an area where families did not fully participate in the census. That could mean overcrowded classrooms, he said, “and that is unfair for everyone, not just the people who have been undercounted.”

Just like back in the late 1700s, the census bureau uses door knockers, or “enumerators.” They go out after the fact — in May of next year, under the current schedule — to get responses from people who did not fill out the questionnaire. But that is expensive and time consuming, Romalewski said.

And in truth, it appears that modern technology has provided local communities an embarrassment of riches to capture the information the first time around. Forms first go out in the mail early next year in anticipation of every household receiving the invitation to participate by April 1.

CUNY aims to make it as easy as possible for users by incorporating critical information into one mapping application, Romalewski said. He also has some concerns about the predictive power of the census bureau’s low-response score metric, and he thinks it might be a bit wonkish to be useful for community groups out in the field.

But it’s not a competition; each seems to have its own plusses and minuses. “We are all working toward the same goal,” Romalewski said.

As for using all this information for a boots-on-the-ground campaign, Nagel said the MARC committee is employing several strategies, including funneling the census information through “trusted messengers” like social service organizations and faith institutions. That list is now up around 200.

The group is also working with libraries to ensure online access for those that need it, and it is also partnering with the United Way of Greater Kansas City to field census questions through its 2-1-1 help line.

Nagel said some level of undercounting is probably inevitable. Complicating factors include people’s growing hesitancy to provide personal information online, and the potential that households may simply discard the census information as another piece of junk mail.

“So I think for a lot of reasons,” Nagel said, “this census will be much more challenging than ones in the past.”

—Mike Sherry is a senior reporter for Flatland