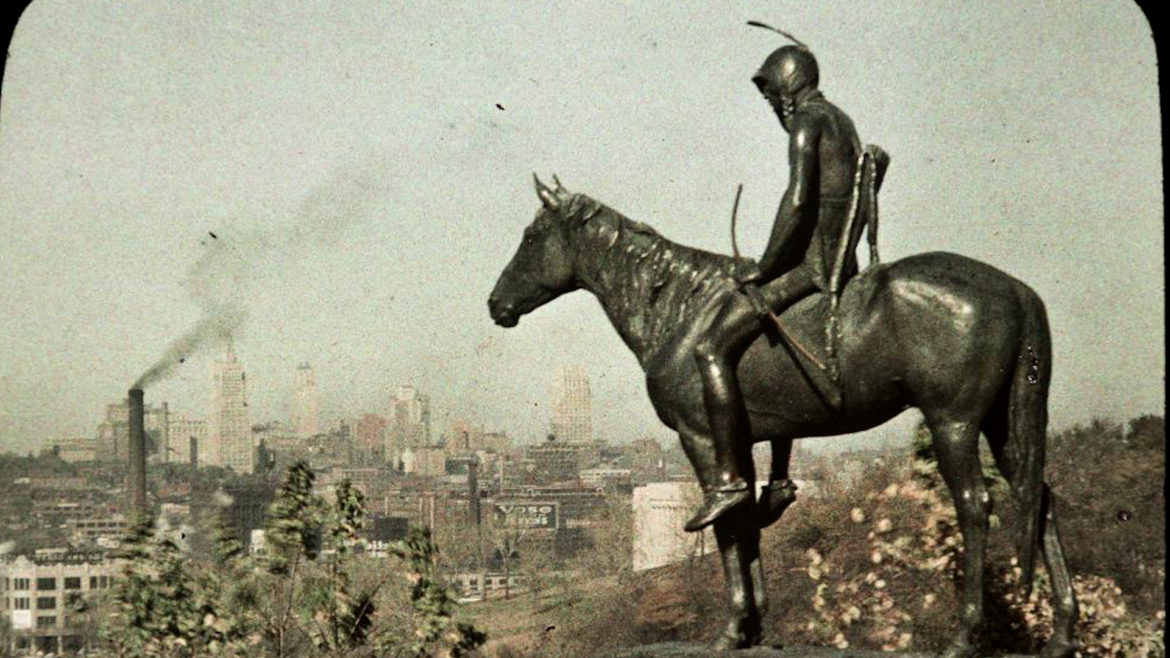 An autochrome photograph of The Scout statue, as seen from atop Scout Hill in Penn Valley Park, looking north at downtown Kansas City in 1932. (Courtesy | Missouri Valley Special Collections at the Kansas City Public Library)
Share this story

On a hill overlooking Kansas City’s skyline sits a bronze statue of a Sioux scout so realistic that he looks as if might ride down the hill into downtown at any moment.

This statue, known as The Scout, can be found in Penn Valley Park. A curiousKC reader wanted to know the story behind the statue.

Sculptor Cyrus E. Dallin was known for his deep admiration and respect for Indigenous peoples.

“We have dishonored ourselves, distorted facts, and turned the Indian from a friend to a foe,” said Dallin in a 1921 speech. “Then we have fought him, with immeasurably superior numbers and arms … Never in the history of nations, in all probability, has there been so strong a race prejudice as subsists in the Anglo Saxons.”

Dallin’s statue was never meant to be in Kansas City, but it found a permanent home here almost a century ago.  To learn more about Dallin and how The Scout ended up in Penn Valley Park, watch the attached video.