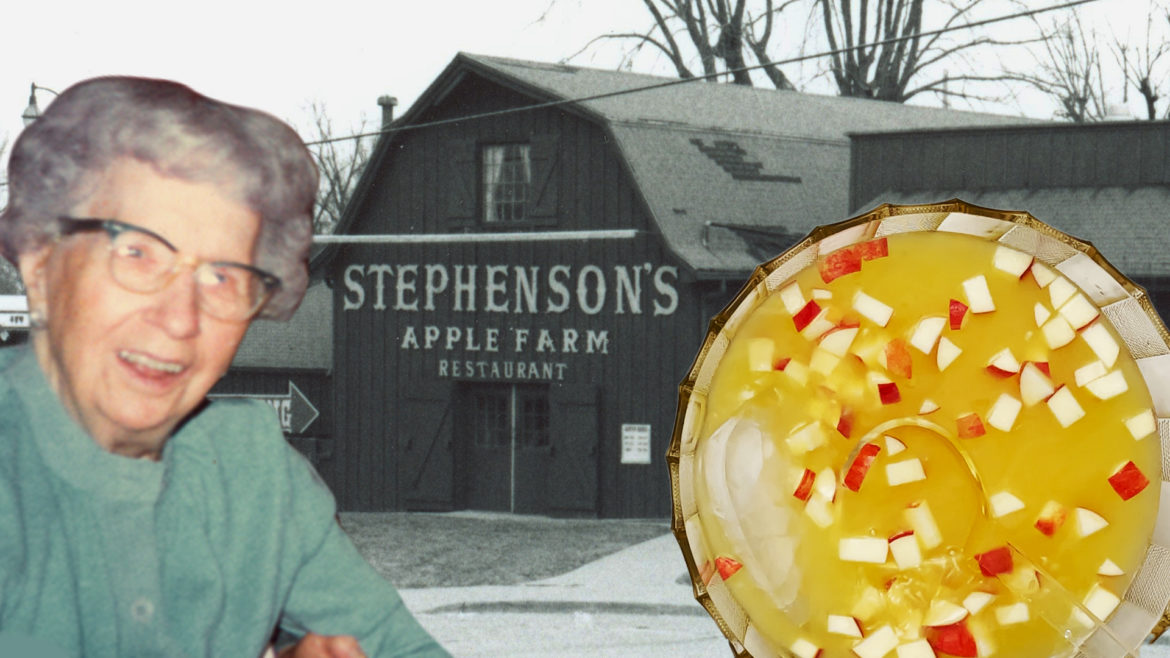 “She ordered this one for Mr. Truman’s thank you parties we catered at the Truman Library,” reads an old Stephenson’s menu under the drink, dubbed “Mrs. Truman’s Famous Fruit Punch.”

A curiousKC reader submitted the following inquiry: “What is the recipe for Mrs. Truman’s Famous Punch from Stephenson’s restaurant? It had little apple squares floating in it.”

We were unable, after many attempts, to get the original restaurant recipe from family members. But social media may have saved the day. After reaching out to a local Facebook group page, someone sent us a photo of a recipe entitled just that in an old Bess Truman recipe book.

The late food writer Charles Ferruzza, reviewing the restaurant for The Pitch in 2002, quoted a server acknowledging that Mrs. Truman’s Famous Fruit Punch included “lots and lots of rum,” so we added it to the recipe we found. We even found a local distiller in Independence that makes rum not far from where Stephenson’s used to be located! It’s pretty delicious as well.

So go dust off that old punch bowl and check out the attached video as we revive this recipe!

Here’s how we modified the recipe we found.

An Immigrant and Her Family’s Persistence: Why the Pandemic Didn’t Shake the Spirits of These Lee’s Summit Restaurateurs

Food for the Cure Fights Cancer with Organic Food

Sweet Taste of Success for The Golden Scoop