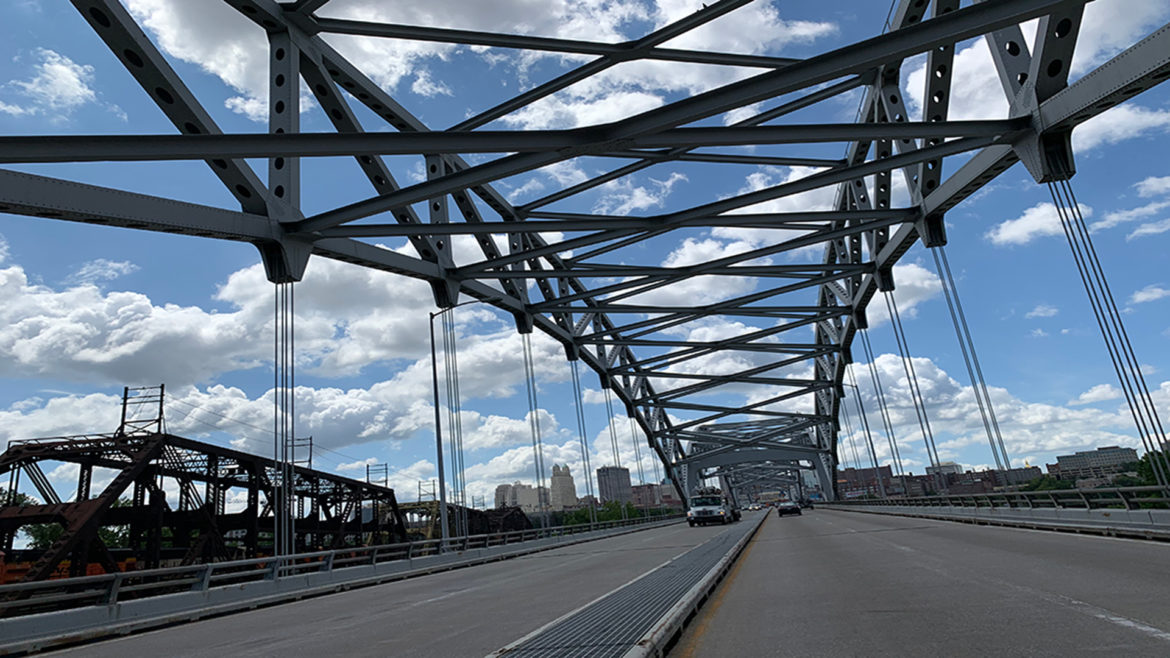 Bump-Bump. Bump-Bump. Bump-Bump. So goes the steady rumble of the nearly 44,000 vehicles a day traversing the U.S. highway 169 bridge in downtown Kansas City, Missouri. The structure’s three steel arches make it look like a small roller coaster has been dropped in front of the skyline.

The Missouri Department of Transportation (MoDOT) estimates it will cost as much as $250 million to replace the bridge with a safer crossing, and to make much-needed improvements to the road network nearby. Even with pledges of federal, state and local funds, the project is still about $75 million short.

“I thought it was one of those things that you get to it when you get to it, until I saw the inspection report,” said Wes Minder, innovation engineer for the city. “Sixty years of road salt, you can’t unrust steel beams and steel rivets. It was our opinion that we need to do something and we need to do it quick.”

So, where does the remaining money come from? Could the answer actually be found in this inquiry that local writer Paul Lillie posed to curiousKC?: “Should Buck O’Neil use tolls like in the beginning from the first time, meaning let a private company do it?”

The short answer is they can’t. Looking back gives us an idea why.

Known originally as the Broadway Bridge, it opened in 1956 as part of President Eisenhower’s Interstate Highway System. The bridge had tolls on it.

Fast forward to 1991 when the city removed the toll booths, in part to eliminate rush hour backups. Northland residents had also resented having to pay tolls to enter and leave the city.

The issue would’ve been moot the next year anyway. In 1992, MoDOT assumed responsibility for the Broadway Bridge and other major river crossings around the state.

According to MoDOT, the Missouri Constitution prohibits tolls on any roads under its jurisdiction.

And, if you are wondering, renovating the Buck O’Neil Bridge is not a viable solution.

You could spend $50 million on repairs, said MoDOT assistant district engineer, Perry Allen, but only extend the life of the bridge by 30 years. A new bridge will last an estimated 75 years.

It would only be a matter of time until the cables would start to rust on a renovated bridge, Minder said.

Yet tearing down the existing bridge and building a new one is no small task, especially in such a busy area, and with the additional need to improve the interchange on the north end and traffic flow on the south end.

Minder said the best approach is to build the new bridge to the west of the existing bridge. Yet that would require design accommodations to avoid conflict with the Charles B. Wheeler Downtown Airport.

The next step in the process is for MoDOT to finish an environmental study.

Minder estimated that, even under the best-case scenario, the bridge would not be completed until 2024.

—Jacob Douglas is a summer intern for Kansas City PBS