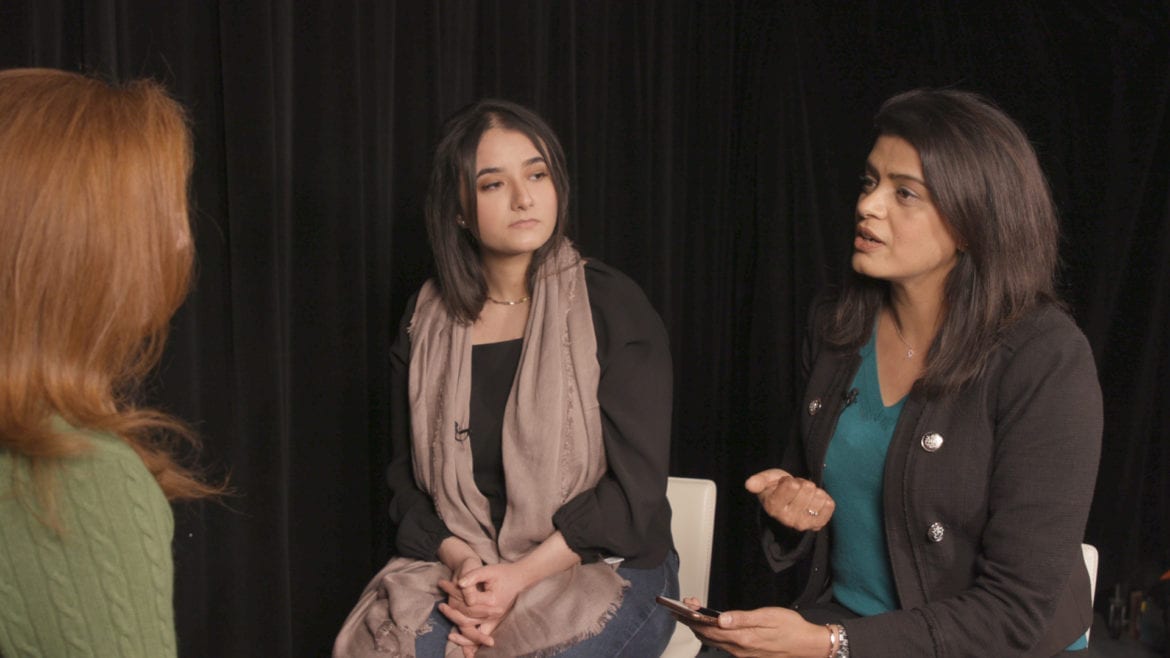 To Melody Petet, it seemed as if popular culture mostly portrayed Muslim women as either victims or terrorists.

But Petet, who lives in the Waldo neighborhood of Kansas City, Missouri, knew there had to be more to the story in real life. She is innately sensitive about groups that are often misunderstood, even working as a liaison to her LGBTQ coworkers.

So, when it came to her unease with these stereotypes about Muslim women, Petet knew she wanted to go deeper than a Google search. That is when she turned to curiousKC for help in finding more positive portrayals.

And we, in turn, sought out local experts in the form of Samira Zaman, Heba Qureini, Ameneh Paziresh and Rehana Syed.

Qureini, founder of the podcast “Muslimennial,” cited 26-year-old  Houdah Abotteen as a truly powerful buster of stereotypes. Abotteen is a record-breaking bodybuilder and nurse at St. Luke’s Health System who observes the hijab, a traditional head covering for Muslim women.

Paziresh, along with her husband, owns and runs a company that conducts pharmaceutical trials. Born in Iran to a conservative Muslim family, she arrived in Kansas City in 1986 and graduated with honors from the University of Missouri-Kansas City with a pharmacy degree.

Zaman, a psychologist and interfaith activist, noted that Muslim women have led entire nations. Bangladesh and her birthplace of Pakistan are just a few of the many countries that have been led by female Muslim prime ministers or presidents.

In the world of sports, Zaman pointed out sabre fencer Ibtihaj Muhammad, who, according to the New York Times, became the first Muslim woman to represent the United States at the Olympics wearing a hijab. She was part of the women’s saber team that won a bronze medal in Rio de Janeiro in 2016.

And in the world of entertainment, she noted two-time Oscar winner Sharmeen Obaid- Chinoy, who is known for films that highlight inequality between men and women.

Hollywood portrayals of Muslim women are definitely skewed, argued Syed, an after-school tutor and community volunteer. Her inspiration comes from unsung women, such as Ambreen Rashid, who lost her husband and son in the recent attacks in New Zealand.

“It is ordinary Muslim women who, despite their pain and loss, promote love and peace and raise their children to have sound moral values that will always be my heroes,” Syed said.

A member of several interfaith groups in the Kansas City area, Syed believes in the power of personal encounters. She advises everyone to continue reaching out to those outside their own social group and to never be afraid to ask the probing questions.

It would also help to know something about the past. “Strong, successful women are not a modern phenomenon,” Zaman said. “There have always been successful women throughout Islamic history.”

—Inas Younis is an independent journalist and commentator.