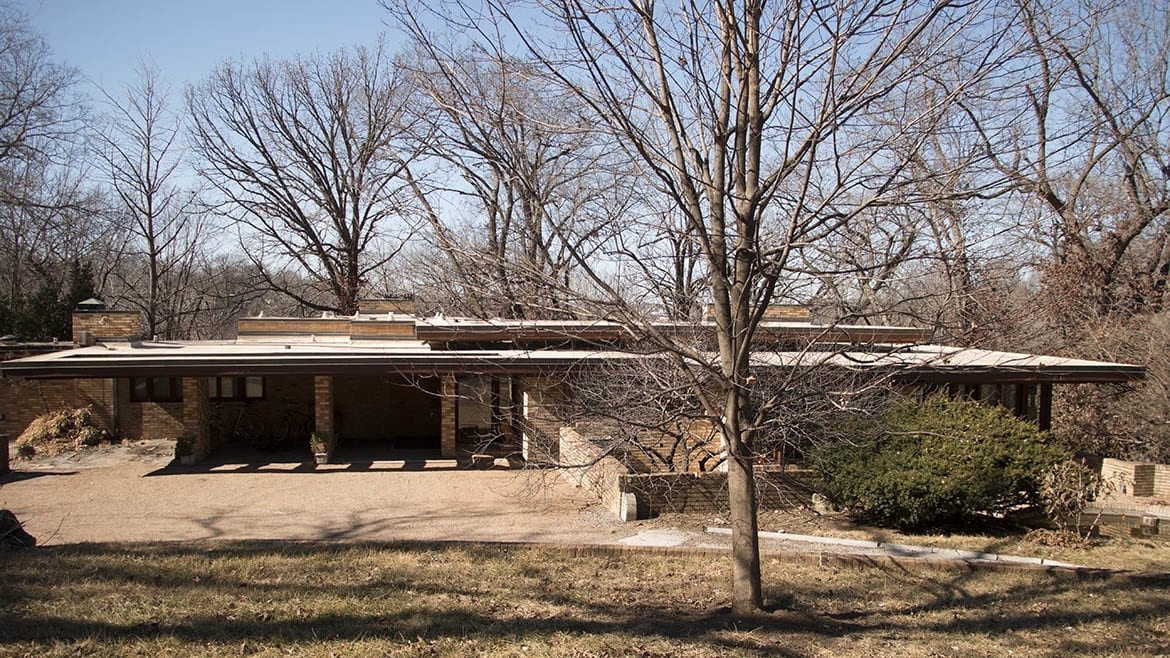 Our area certainly has some distinctive architecture, including the art deco Power & Light Building in downtown Kansas City and the massive new Church of the Resurrection sanctuary in Leawood, Kansas.

Before those bricks were laid, one of the world’s most famous architects left his mark on Kansas City. During a career that spanned three-quarters of a century, Frank Lloyd Wright designed more than 400 structures in three nations and 37 U.S. states, including three in Kansas City.

Kansas City PBS and Flatland, in the midst of a long-term project on housing and new construction, turned its attention to Wright from a simple curiousKC inquiry: “What is Frank Lloyd Wright’s legacy in Kansas City?”

And while his structures have stood the test of time here in Kansas City, we can’t say the same thing for the contact information we had for the questioner. The email address she left for curiousKC, our initiative that lets you tell us what what you’d like to learn more about, does not seem to exist anymore. But we love a good history question and pursued the answer anyway.

Wright designed three structures here: the Sondern-Adler House in 1939, Community Christian Church in 1940 and the Bott House in late 1956-57. All three structures are still standing, and his legacy continues in other ways around the metro area.

The Community Christian Church is located at 4601 Main St. in Kansas City.

The Sondern-Adler House is located at 3600 Belleview Ave. in Kansas City.

Explore Wright’s three Kansas City structures in images above, and use the zoom to see them on the map below.

Area architects such as Robert Major, Gene Young and Eugene Buchanan were heavily influenced by Wright.

Their adherence to Wright’s design principles differs but encompasses his penchant for naturalistic design and native materials. Major said in a Kansas City Star interview that one of his buildings was “a completely handmade house, not an ounce of ready-mix concrete in one foot of its 1,200 square feet.” Buchanan designed the Sunflower Hills Golf Course clubhouse in Bonner Springs, Kansas, as well as Fire Station 18 at 5429 Leavenworth Road in Kansas City, Kansas.

The Sondern-Adler and Bott houses are often considered Usonian-style homes, built of local materials and with a smaller footprint. In a 1978 interview with The Kansas City Star, architect and Wright disciple Aaron Green noted, “Wright saw the Usonian … as a practical answer to this country’s need for a relatively low-cost house.”

While they share some features with the larger Usonian movement, the houses differ in final scope and affordability. When it was built in 1939, the Sondern-Adler House was only 900 square feet. A major addition designed by Wright in 1948 brought the total square footage to 2,916.

According to the Bott House’s current owner, Homer Williams, the Bott House was a custom creation. This made it more expensive than most Usonian houses Wright built. Its position on a hill gives its living room a “spectacular” view of the Kansas City skyline, according to Williams.

— Christopher Olszewski reported this as a student in a multimedia reporting class at The University of Missouri.

And What to Expect This Pandemic Christmas

Plans for Apartments Sprout Like Topsy Near City Market