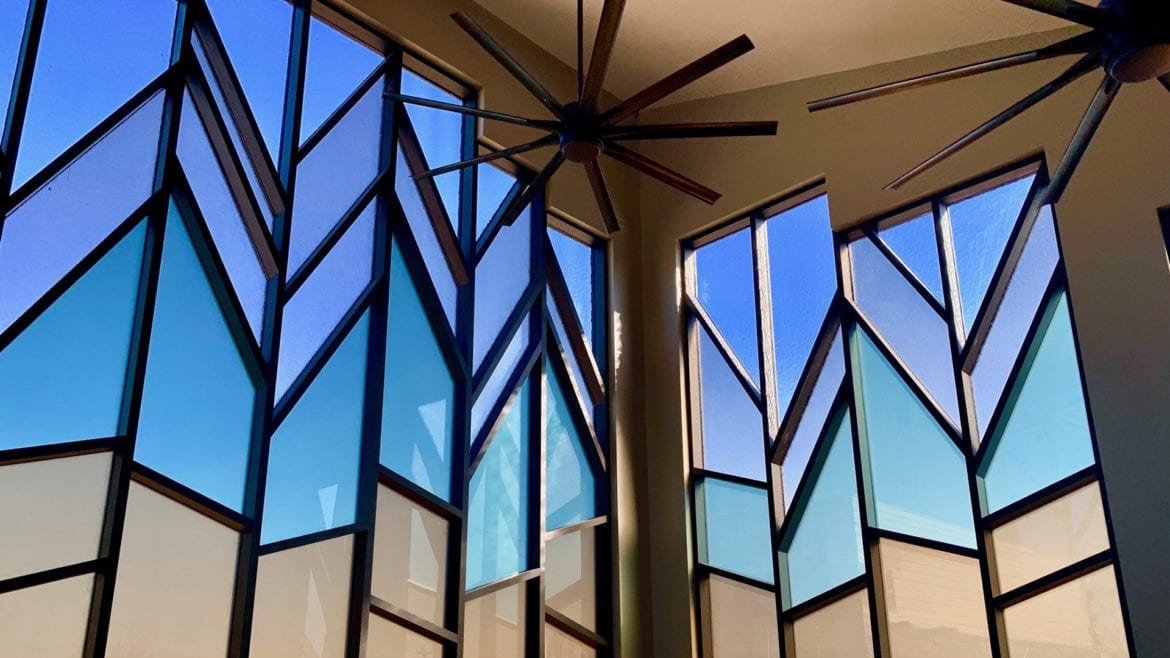 The chapel at Youthfront’s new headquarters at 4600 Rainbow Boulevard in Kansas City, Kansas, is slated to be the heart of the organization. (Courtesy of Youthfront.)
Share this story

Over its 75-plus years, Youthfront, a Christian ministry that supports youth pastors and offers summer camps and other programs for young people, has made several key transitions.

Youthfront has been in this neighborhood for decades (most recently located temporarily a few blocks north of the new site), but now it will have more options for staff members to learn how to use and spread ever-changing approaches to ministry. (Full disclosure: my daughter is the development director for Youthfront.)

When he joined the staff in 1975, King says, “there really weren’t very many youth pastors working in Kansas City churches. They didn’t even call them youth pastors back then. They called them youth directors or youth coordinators. Many of them were training to be pastors so they could have a ‘real’ job. But the idea of training youth workers for churches was just not a thing.”

But today, he says, there are more than 100 professionally trained, theologically trained youth pastors working full-time and part-time in churches in the greater Kansas City area.

Youthfront, which began as a Youth for Christ branch in the 1940s and now has a roughly $4 million annual budget, is responsible for much of that change.

In earlier years, Youthfront was a parachurch organization, meaning it operated without any structured relationship with churches. Now it’s considered a “church-assisting” agency, meaning it works closely with churches to make sure the young people Youthfront serves become active in a congregation.

The idea is for Youthfront to work “alongside the church, alongside youth workers, to provide training and resources, collaborating with them,” King says.

The new headquarters is designed to help staff think creatively about how to do that work. It has a chapel for daily prayer, a large common table where staff members can eat meals together, and plenty of high-tech features to help employees develop materials for training leaders and engaging young people here and in its operations in Mexico.

This differs from the organization’s early days when, King says, “all across the church there was this move to get kids to make a decision (for Christ). It was a transactional thing to save them forever. We began to move away from that. Then came a second big transition. It was more of a theological transition. That’s when we and the staff became much more intentional about theological reflection.”

That meant, among other things, that Youthfront’s staff paid more attention to psychological and emotional development of youth and returned to what King calls “classic Christian faith formation,” including careful study of the Bible and of Christian history as well as introducing young people to such ancient practices as monasticism’s emphasis on silence and meditation.

Youthfront has put Kansas City at the center of youth ministry work around the country.

King, for instance, serves as an adjunct professor at Nazarene Theological Seminary here, and Youthfront has working relationships with other seminaries around the U.S. It also develops books and other training resources for use in schools and churches across the country and in Mexico.

And in 2021, a major national conference for youth pastors is scheduled to meet in Kansas City because, King says, “this is a place of connection and pioneering spirit. But not only that, there’s something that’s happening in Kansas City that’s not happening in other places. There’s a spirit of collaboration and cooperation among churches in Kansas City. And not just among Protestants. The Catholic-Protestant cooperation in this city is unprecedented.” Youthfront has been central to this process.

In this time when growing numbers of young people walk away from a commitment to institutional religion, all faith traditions worry about their future. King says this kind of change often makes churches “super anxious.”

But, he says, “that kind of mindset and mentality leads churches in the wrong direction.” That anxiety can turn off young people. Churches, King insists, need to listen to young people and recognize their capacity for leadership and their passion for ministry.

“If we match up the passion of the adolescent with the passion of the Christ, unbelievable things can happen,” he says. “When that happens, that is good news for everybody. If the gospel is about shaming people. . .it’s not going to result in the kind of gospel things that really should happen.

And that includes the community around 46th and Rainbow.