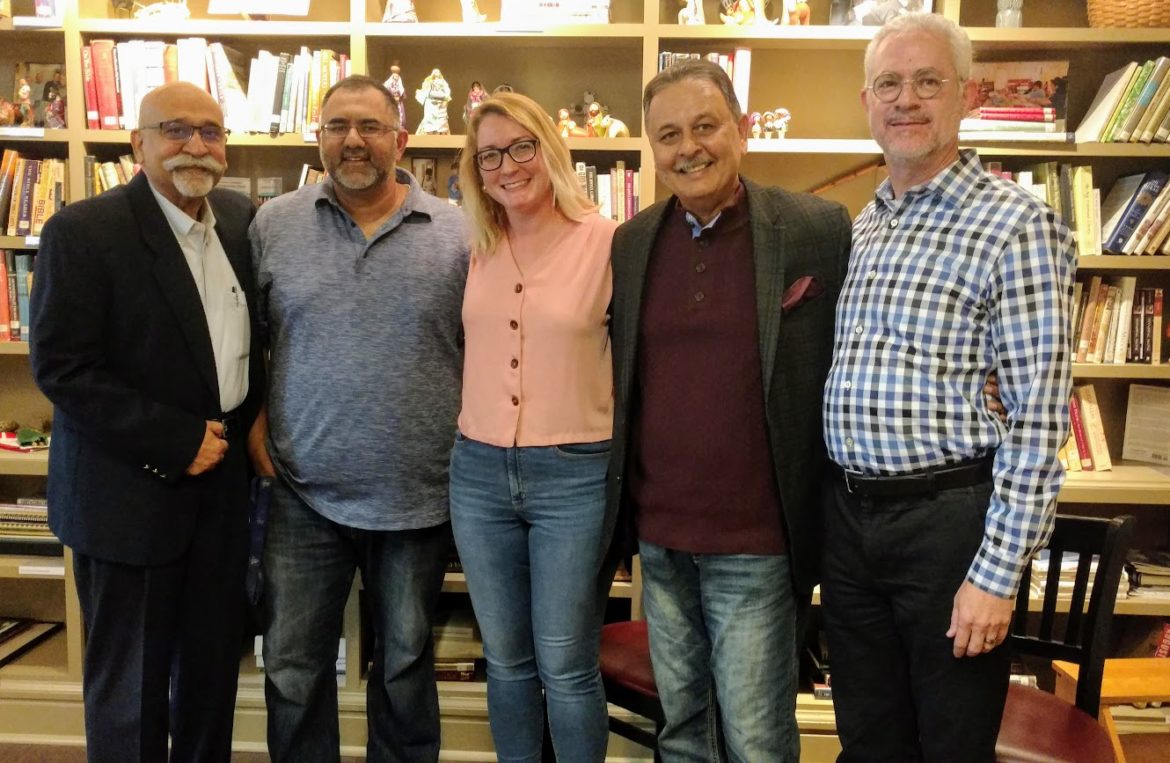 A national effort to create partnerships between Muslims and Jews has spread to Kansas City. It’s producing not just interfaith friends but a commitment to combat hatred that threatens both groups.

The local Muslim-Jewish Advisory Council (M-JAC) had its informal beginnings two-plus years ago when Muslims here and elsewhere were feeling pressure from the new Trump administration. The group now has two official conveners, the Crescent Peace Society and the Jewish Community Relations Bureau/American Jewish Committee and is looking to move beyond social relations to advocacy work.

“After the last election,” council member Ahktar (Art) Chaudry says, “when there were statements made that were basically racist and that created fear among certain minority communities, we were pleasantly surprised by several calls we received from our friends in the Jewish community. They said they wanted to see how they could help by building on the friendship we already have. We welcomed that gesture. It was a modest beginning to what is now becoming a vibrant and hopefully productive organization.”

“We’re just really excited about the direction this is moving,” says Gavriela Geller, director of the JCRB/AJC. “Relationships are so important and that’s why it was crucial that we spent so much time really investing in those relationships. Unfortunately, both of our communities are under really pretty significant threat. There’s a lot of fear in both communities and we are asking what we can do to really move the needle and help our communities.”

Together, the approximately 20,000 Jews and 30,000 Muslims in the metro area can, if organized, be a strong force for social change and justice. (Those population totals, council members say, are just best guesses.)

Howard Mayer, co-chair of M-JAC and vice president of the JCRB/AJC, says the national M-JAC is creating local councils around the country but isn’t far along in that process: “We feel fortunate that we’ve been on the forefront of this,” he says.

I asked several M-JAC members what they’ve learned about a faith tradition different from their own that they found admirable and that will help them work together.

Mayer’s answer: “On one of my visits to the Islamic Center of Johnson County, there in front of me was a wooden box that is used to collect charity. There was a word on it that was very familiar to me, sadaqah. And that’s a word that Jews use also — a Hebrew word for charity, or more broadly, for justice. It was spelled differently (tzedakah is the English spelling of the Hebrew word), but it was obvious it was the same word that Muslims use in Arabic. That just highlighted for me the similarities that we have in language and, beyond that, in moral principles that underlie our beliefs.”

Similarly, Chaudry describes being invited to a Shabbat service recently at a synagogue, “and I felt totally comfortable there because the first thing I learned was that when the scripture was handed to each one of us, just like in Arabic you open the book to read from right to left. And many of the words resonated because they are similar to the words in Arabic. I felt like other than the music I could have been in a mosque. We are learning a lot about each other’s traditions.”

And Ahsan Latif, president of the Crescent Peace Society, says, “I’ve always admired the drive in Judaism to be involved in social issues.”

M-JAC members have held dinners together and joined in gatherings of comfort and support after the 2018 Pittsburgh synagogue murders and the March 2019 murders at mosques in Christchurch, New Zealand. And Muhammad Chaudry, Art Chaudry’s brother, says that because of those New Zealand murders, area police departments added more patrols of the several Islamic centers in the metro area.

Now the organization is starting to figure out how to convince area legislators to support the “No Hate Act,” introduced in Congress in late June by Sen. Richard Blumenthal, D-Conn.

M-JAC here is not the first effort to connect local Muslims and Jews. A women’s group known as the Sisterhood of Salaam Shalom has been in existence for several years. M-JAC members don’t see their group as competing with that group but, rather, look forward to cooperating with it and others.

As Geller says: “The Muslim-Jewish relationship is such an obvious one. Religiously and spiritually we have so much in common as Abrahamic faiths but, also, we understand what it’s like to be religious minorities in the United States and so we have common challenges that we need to face together. So the partnership is a really good fit. We both have skin in the game. The partnership makes sense logistically and pragmatically in addition to the friendships we’re making.”

In the end, says Art Chaudry: “We have a very simple mission, and that is to promote understanding between Jews and Muslims. And we have deliberately kept it simple because if you accomplish that you can achieve a lot.”

This worthy effort is another reason Kansas City has become known as a national leader in interfaith work.