Commentary | What’s Love Got To Do With It 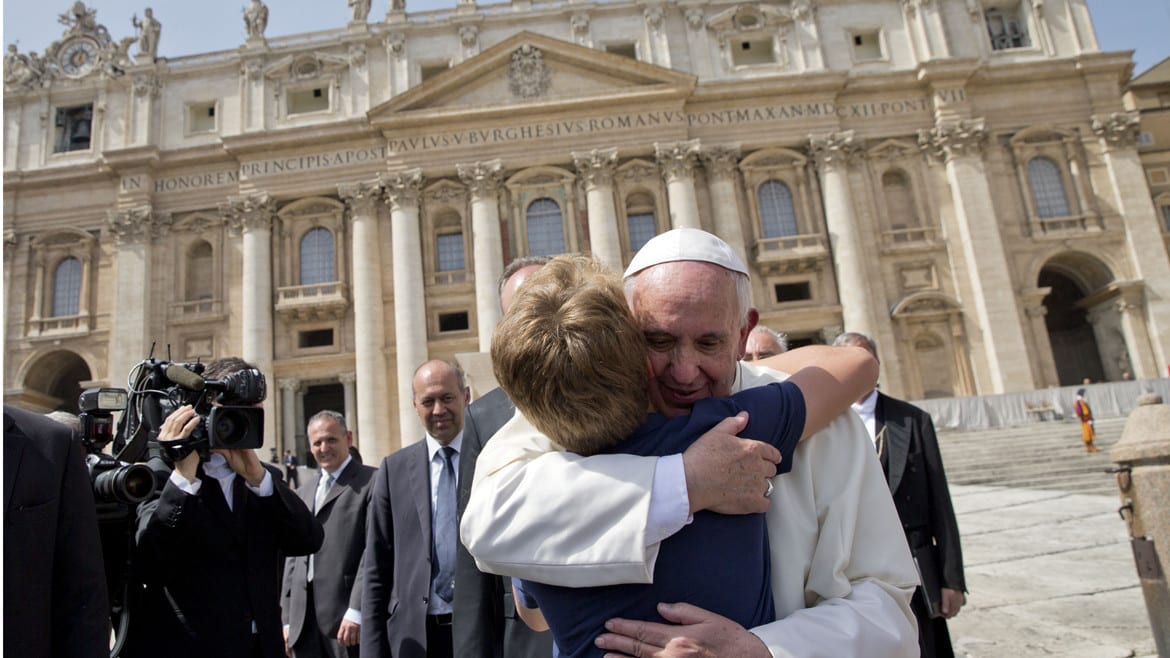 To help you understand what I mean when I say Pope Francis’ new document on family life, “The Joy of Love,” (or “Amoris Laetitia”) is “pastoral,” let me start by telling you a personal story.

In the 1980s I was serving on a Heartland Presbytery committee that oversees students from this area enrolled in seminaries of the Presbyterian Church (USA) around the country. When it came time to approve one of them for ordination one day, he appeared on the floor of a presbytery meeting and was questioned about beliefs and practices.

In answer to one of those questions, he said he would abide by PCUSA rules and not baptize a stillborn baby even if the parents asked for it. Baptism, after all, is considered not necessary for salvation so, the church teaches, technically there’s no reason to baptize dead babies.

But a pastor who at the time was teaching chaplains at an area hospital challenged the man, suggesting that even if there was no theological reason for performing the baptism, he should do so if it would bring comfort and a reduction of pain and angst to the parents.

The man was approved for ordination, but later I challenged this pastor on this matter. I saw no reason to break denominational rules. This was back when I knew a lot more answers for sure than I know now.

That is what Pope Francis has done in his new family life exhortation. He hasn’t changed any doctrine, hasn’t rewritten any rules. What he has done instead is give local priests the freedom to consider specific circumstances when it comes to such touchy questions as whether divorced and civilly remarried Catholics whose earlier marriage has not been annulled may receive the Eucharist and whether the church can somehow be supportive of families with members who are gay — a condition the church still officially describes as “objectively disordered.”

Pope Francis not only wants local priests to be more pastoral when appropriate, he also wants the universal church to recognize that things play out differently in different cultures.

“Each country or region, moreover, can seek solutions better suited to its culture and sensitive to its traditions and local needs,” he wrote. “For cultures are in fact quite diverse and every general principle… needs to be inculturated, if it is to be respected and applied.”

When I asked Fr. Pat Rush, the priest at Kansas City’s large Visitation parish, about what being pastoral has meant to him in his career, his answer reflected Francis’ sensitivity to local needs and traditions.

And, he said, Francis has demonstrated just that approach: “He started washing women’s feet long before he changed the rule” allowing that. “So that is his tone and the tone is being less fixated on the doctrine and more on the faith life of the person and on the complexity” of the situation.

To be pastoral requires an acknowledgement that the world is full of grays and not just blacks and whites.

For Rush, and no doubt other priests these days, the issue is less often about annulled marriages and more often about doing marital counseling for couples already living together before being married, which the church teaches is inappropriate.

Rush calls that situation “less confronted” by the church now than in the past.

“There have been priests I know who have refused to marry them, which I think is not a pastoral approach,” he said. Rush, by contrast, tries not to make cohabitation the central issue, even while acknowledging church teaching.

Being pastoral, in the view of some, is simply being wimpy. The Washington Post, for instance, quoted Rose Sweet, a U.S.-based Catholic marriage counselor and writer, this way about those who break church rules:

“We’re dealing with very immature, uninformed people who want Papa Francisco to give them what they want. And they don’t want it too hard, and they will love him for it. And they’ll say, ‘You’re like Jesus; you’re so merciful.’ But here’s the thing: what real mercy is, it’s not letting people off the hook.”

So Francis has some work to do to convince Catholics that he’s taking the right path here.

It’s a path of grace that takes note of how complex life can be, how riddled with paradox and exceptions to rules. It’s a path that honors individual conscience, that gives a deeper meaning to the now-devalued term “religious freedom” in that it gives priests and people in the pews more responsibility for how they make decisions about faith and life.

Changes come in religion with sometimes-painful slowness. Often that’s a good thing. In this case, had Francis tried to throw out all kinds of rules and create a revolution in the church, it would have created a disaster.

More important, it would not have been pastoral.

— Bill Tammeus, a Presbyterian elder and former award-winning Faith columnist for The Kansas City Star, writes the daily “Faith Matters” blog for The Star’s Web site and columns for The Presbyterian Outlook and The National Catholic Reporter. His latest book is Jesus, Pope Francis and a Protestant Walk into a Bar: Lessons for the Christian Church. E-mail him at wtammeus@gmail.com.