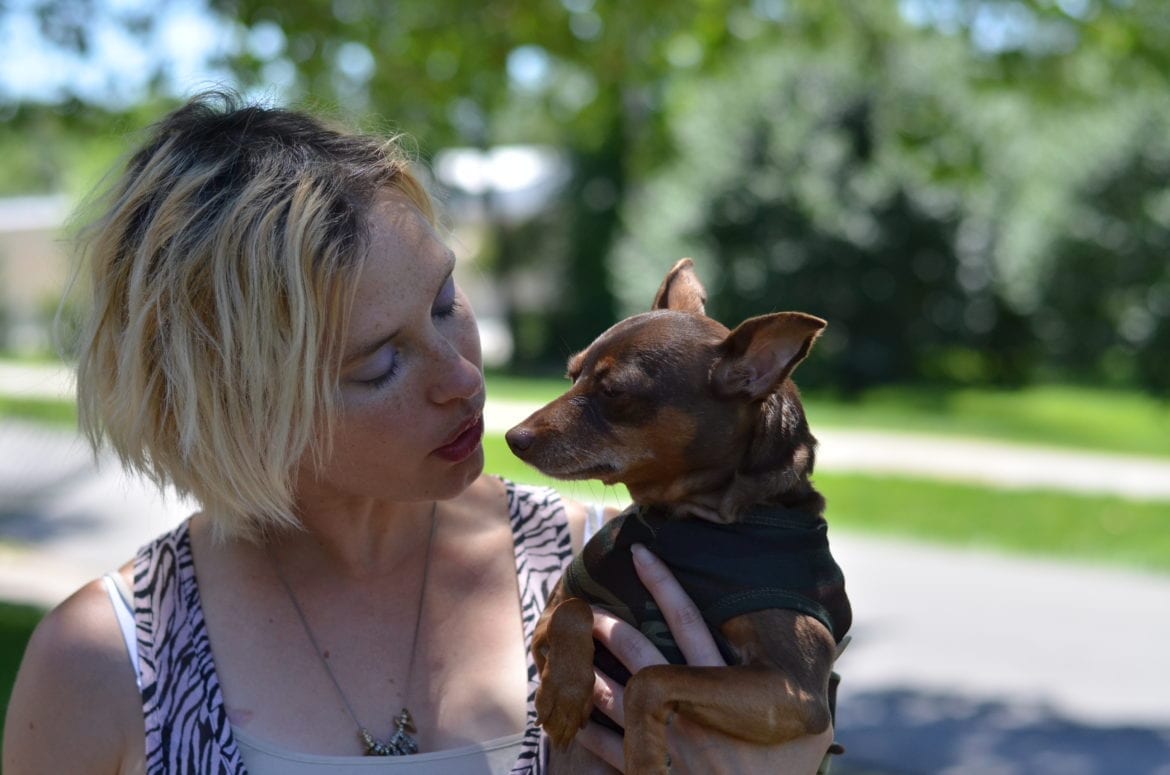 The founder of Beer Paws, Crystal K. Wiebe, poses with one of her dogs in Waldo. Wiebe pitched her company at BetaBlox in 2015, and has since experienced growth. (Photo: Austin Kuehl | Flatland)
Share this story

Two Blodgett commercial ovens, hunks of stainless steel that together take up as much space as the average hatchback car, lord over what was once the dining room of Crystal K. Wiebe’s Waldo home.

From these machines Beer Paws treats emerge. The treats — meatball-like orbs of barley grains, a byproduct of the beer-making process — claim to deliver high levels of protein and fiber to dogs while being low in fat. For dog owners, they allow beloved pets to share in the beer-drinking experience, without getting drunk, of course. Alongside the treats, Wiebe sells dog apparel, such as bottle opener collar attachments, coasters and “doggy beer,” a canine drink fortified with glucosamine.

Several years after its founding, and one year since we last covered it, Beer Paws is still chugging along. Indeed, it is doing well enough to allow Wiebe to make the company her full-time job.

Flatland sat down with founder Wiebe to discuss this and the Kansas City startup environment in which she and Beer Paws has found success. 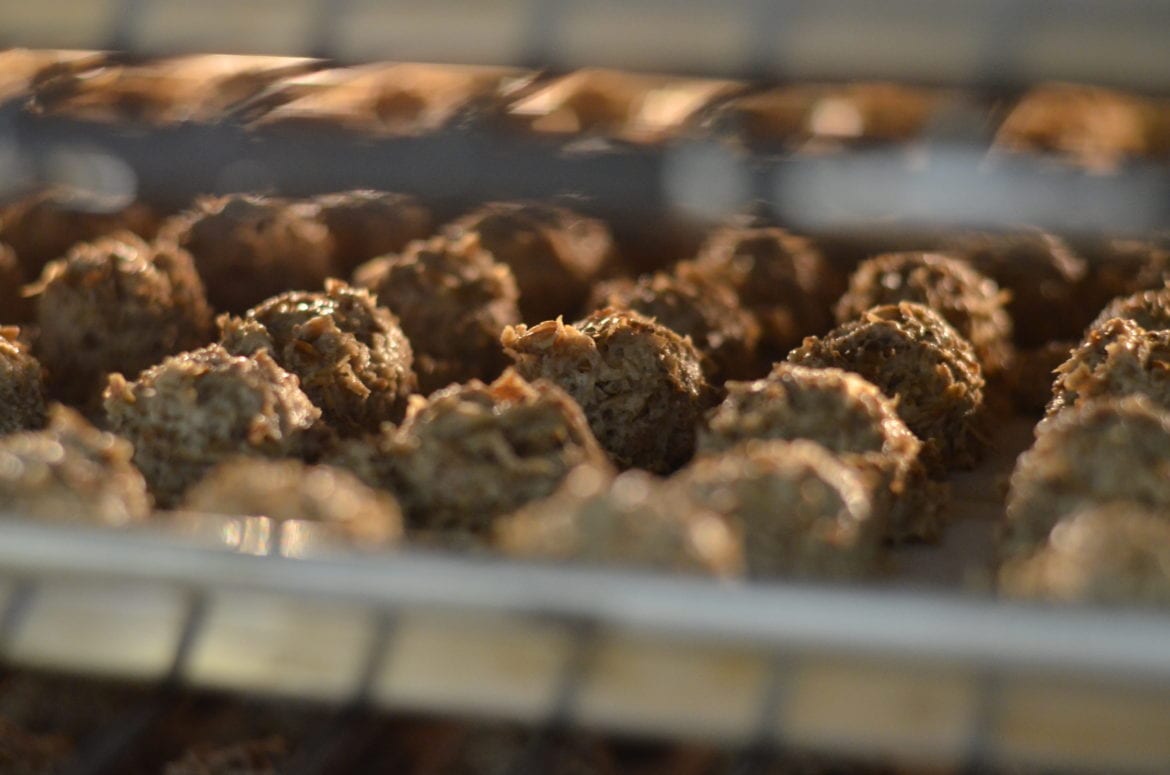 What has changed since your BetaBlox [an entrepreneurship workshop and pitch day] appearance in 2015, when we last spoke with you?

“Kinda the biggest change is that I’ve been able to produce more. For the first couple years of the business, I was just using a home oven to bake everything and KitchenAid mixer. Now, I have a large industrial mixer, Hobart mixer and two industrial Blodgett ovens. So we can do in two hours what used to take six hours, and we can actually double that.” 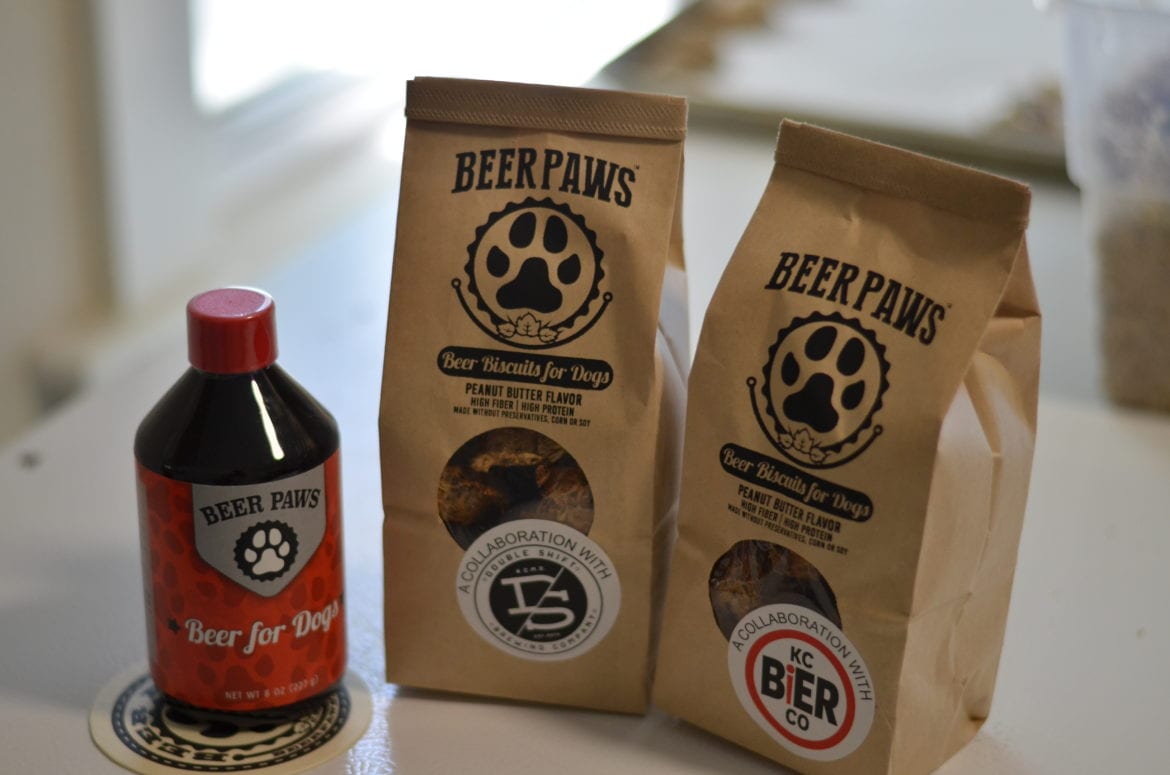 Why did you enter BetaBlox?

“At the time that I applied for BetaBlox I was new to this whole entrepreneurship thing. I honestly didn’t have a lot of confidence in myself for starting a business or knowing what to do with it. I was just totally operating blind, had no idea what was going on, but I knew I had a good idea, I had people around me who agreed with me that this was a good idea and that there was some potential, and when I read an application for BetaBlox, it just spoke to me.”

What’s been your best decision since pitching at BetaBlox?

“I did an IndieGoGo crowdfunding campaign last fall. Even though we didn’t hit the goal that I set for that, it still allowed me to get enough money to implement my ovens.”

And your worst decision?

“Saying yes to too much. I want my brand out there, I want it in front of everyone, I want to be a part of as many events as possible because event marketing is a huge part of my business. Once I discovered that Beer Paws goes over really well at beer festivals, I wanted to do as many beer festivals as I can and get out in front of our customers, but I have to be mindful of not over committing. […] It’s still mostly just me; I’m the only real employee.”

Where is Beer Paws heading?

“[M]y plan is to take this company as far as I can possibly take it. I’ve always envisioned Beer Paws as a national brand with strong Midwest roots. So I really am excited to start pushing on some other markets. I think we have some great brand exposure and brand recognition now and a great customer base here in the overall Kansas City area. I’m originally from Nebraska, and we are received very well in Nebraska; I have a lot of great relationships there and some very loyal customers, and now we’re targeting some other nearby markets.”

What is it like to be a very small business in Kansas City, and what can the city do better?

“You have to know about all of these tax forms and all of these different licenses, and that can be very intimidating. So I don’t know if there’s something, if there’s more classes we can offer or more ways we can simplify those things because it’s very easy for someone to get caught up in all that stuff. They may have this really amazing idea, but there’s just so much red tape and bureaucracy to deal with that they might just throw up their hands and give up.”

One Year In | As VR Increases in Popularity, so Does Virtutecture

One Year In | Crema Moves to Shorter Name and Larger Team

Tags: BetaBlox • One Year In