Kansas basketball coach Bill Self and the Jayhawks return to Kansas City Saturday to take on the University of Kansas City-Missouri Kangaroos. (Tony Gutierrez | AP)
Share this story

Sunday is Make Up Your Own Holiday Day. Seriously. It is. Which, if you think about it, makes perfect sense. All holidays, after all, are ultimately made up. So we’ve decided to invent a few of our own to help you have fun this weekend.

Like Thursday, which I’m officially declaring National Root for the Jayhawks Day. Granted, most people who root for KU will be doing so not out of any true love for the team, but to keep their bracket from being busted any further. Nevertheless, they’ll be rooting when the second round of the Big Dance, also known as the NCAA Men’s Midwest Regional Final comes to Sprint Center.

Oregon vs. Michigan is the first game on Thursday, with Purdue against Kansas as the nightcap, getting underway about 8:40. Tickets are sold out, so you’ll have to go to secondary broker for a seat. Expect to pay through the nose. Not literally, though. That would be gross.

Almost as fun and significantly cheaper, you can hit up the pep rally and watch-party across the street at Power & Light. If you are really a junkie, you can show up Wednesday to see Kansas practice from 3 to 4 p.m.

Because other sports also exists, you can see the Mavs play hockey on Saturday night. You will, however, be missing KU’s second game – the one that will get them into the Final Four – assuming the team is lucky enough to get that far.

The Harriman-Jewell Series should have a holiday all their own. They’re bringing Keith Lockhart & the Boston Pops Esplanade Orchestra for the group’s first Kansas City appearance since 2002. They’ll perform “By George! The Pops Plays Gershwin.” The show consists, as careful readers will surmise, of the illustrious Boston Pops Orchestra, or some configuration thereof, performing the music of George Gershwin. See it Friday night at the Kauffman Center.

For a more traditional classical sound, your Kansas City Symphony is performing “Hope Springs Eternal: Sibelius’ Second,” as part of its Masterworks and Ovation Series. Special guest, the much-lauded American violin virtuoso Anne Akiko Meyers, will perform in two works for violin and orchestra — the world premiere of a new concerto by Finnish composer Einojuhani Rautavaara’s along with Ravel’s Romany-tinged “Tzigane.” 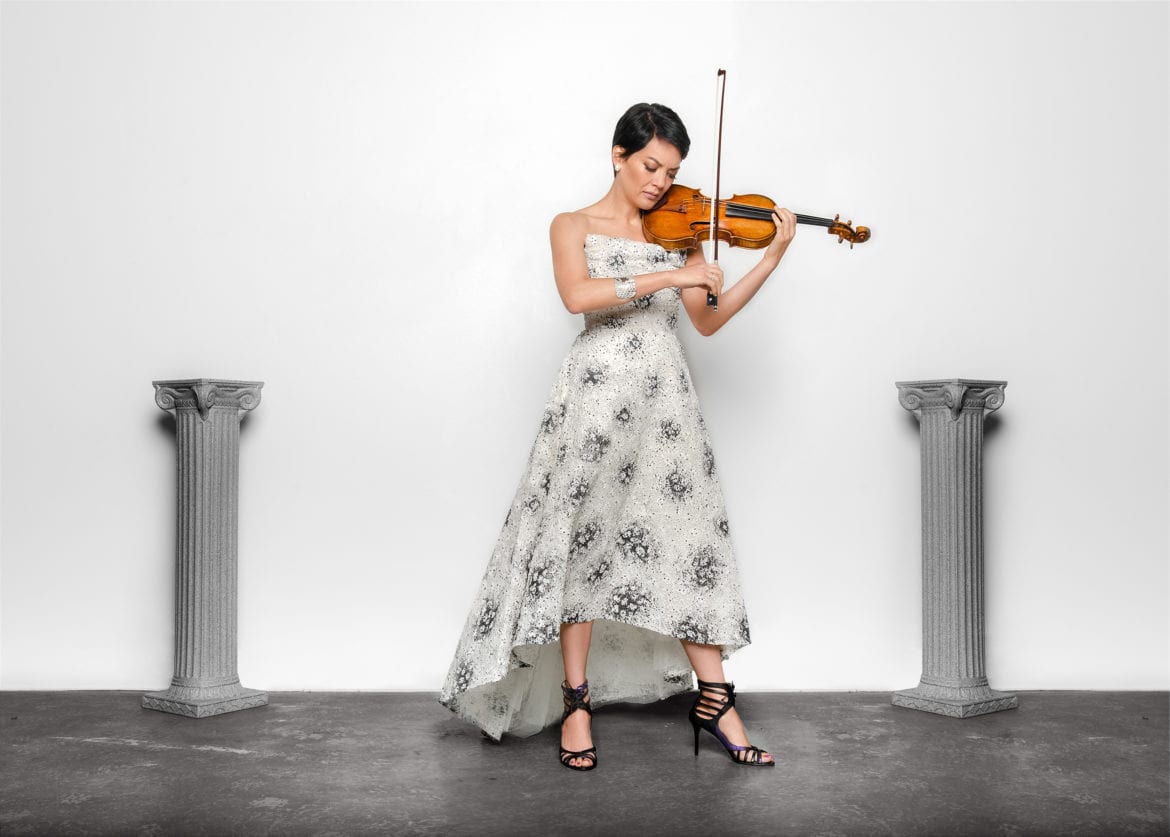 If you think that live theater deserves its own holiday, this would be the weekend to celebrate. “She Loves Me,” a Tony-award winning musical opens this week at Musical Theater Heritage. The show follows Georg and Amalia, two parfumerie clerks who, unbeknownst to them, are also romantic pen pals. Pen pals, for all the millennials reading this, are what people used to do anonymously instead of, or at least before, having sex. The question posed by the play is if Georg and Amalia’s love will bloom once their identities are finally revealed. I’ll guess they will. No word on whether Georg will find his missing “e.”

“Drunks” by local playwright Pete Bakely, also opens at MTH. The story, last seen at the KC Fringe Festival, concerns three souls sequestered in a hotel room to make changes to a film script. It sounds a bit like “No Exit,” except with booze and coke to ameliorate, or perhaps amplify, the existential angst.

You can also enjoy a free performance of the one-act “The Hindu and the Cowboy,” a play about people of different backgrounds who learn to get along. Shocker! The show, at the Jewish Community Campus on Sunday afternoon, is aimed at interfaith youth. It’s free, but preregistration is a must.

You can also see ”Eclipsed.” It’s in mid-run at The Unicorn, as is The Rep’s “Constellations.” The Rep, busy as ever, is simultaneously opening another show as well, staging the much-beloved and still disconcertingly-timely classic “A Raisin in the Sun” on the UMKC campus. Heart of America Shakespeare Festival, best known for its summer performances in the park, will present a spring performance inside of “The Tempest.” The four performances on the JCCC campus will be a script-in-hand which, frankly, seems like cheating.

Music is always worthy of celebration. Making Movies, a local act already winning national attention, is having a party Friday night at Prohibition Hall to celebrate the pre-sale of its new album, “I Am Another You.”

If you want to celebrate bass players specifically, go see the Victor Wooten Trio at The Granada on Sunday night. The freakishly talented Wooten, arguably the best bassist ever to walk the earth, has five Grammys and is beloved by both jam band fans and bluegrass lovers.

National David Bowie Lite Day is Friday, which is a snarky way of saying that Bryan Ferry will perform his much-anticipated show at the Uptown. The opening act is Judith Owen “featuring the legendary Leland Sklar.” By any reasonable definition, Sklar is not, in fact, legendary. But he is a bassist with a mind-blowing resume, including session work for everyone from Ray Charles to Thomas Dolby and Faith Hill.

On the subject of legends, the great Aaron Neville is performing at Ameristar Casino on Saturday night. If you’ve never experienced his wildly distinctive, lilting falsetto live, it’s worth a trip just to hear “Tell It Like it Is.” Styx, who have really never stopped touring, play in Topeka on Saturday night. Because of course they do.

You have a few opportunities to celebrate Country Music Appreciation Day, a holiday that I just made up. Thursday, you can see Josh Turner. He’s touring in support of his sixth studio album, “Deep South,” which dropped, as the kids say, March 10. Turner crafts simple, pretty melodies celebrating the traditionally innocuous countrified themes of dirt roads, high-school football and hometown girls in appropriately ragged cut-off jeans.

Also on Thursday, should you be interested in country that’s a bit more old school in its hangdog longing, Rodney Crowell is performing at Knuckleheads. Crowell has won two Grammys, most recently for Best Americana Album in 2014. If that’s still not enough Nashville for you, the venerable Country Music Hall of Famers, Oak Ridge Boys will perform their barbershop-ish four-part harmonies in the fancy environs of the Kauffman Center on Sunday. The dress for the evening, one assumes, is bolo optional.

Ska, also known as reggae on meth, will be celebrated Friday night at Knuckleheads when English Beat performs. But the show won’t be all pogo-dancing and oily saxophone. The Reagan-era stars have written some gorgeous ballads, too, with “Save it for Later” and “End of the Party,” standing as two of the prettiest songs of the pop era. You might even get to hear “Tenderness” by the Beat offshoot, General Public.

Saturday night at the Uptown, you can see pop with a more modern flavor, when Judah and the Lion perform. With a name like that, you might think that they, too, would be reggae-inflected. Not so. They call themselves, “Folk Hop ‘N’ Roll,” whatever that means. We’d call it a feel-good, slightly more intellectualized version of The Lumineers.

How about a holiday specifically celebrating choral music? Saturday and Sunday the always-uplifting Heartland Men’s Chorus has its spring concert, Identity, at The Folly. Billed as “part choral concert, part TED talk,” HMC will be joined by special guests, including the Twin Cities Gay Men’s Chorus and TED speaker Morgana Bailey. She’ll talk about the importance of being who you are – whoever you are.

Comedy unquestionably deserves its own holiday. Beyond, that is, April Fool’s Day. Celebrate laughs at the Improv with George Wallace, something of an institution in comedy, with his relatively mundane, but beautifully timed observations about daily life. Expect a fast-paced, assured performance, one you can tell your grandkids about – assuming your grandkids happen to be massive comedy nerds.

Stanford’s has a younger breed of comic, Tony Hinchcliffe. Nasal, sardonic, borderline cruel, Hinchcliffe is best known as a writer for the “Comedy Central Roasts,” which are also sardonic and borderline cruel. A regular on the wildly popular “Joe Rogan Experience,” Hinchcliffe has his own Netflix comedy special, “ONE SHOT.” Expect him to be offensive in an utterly inoffensive way. That sort of balancing act, particularly in a hypersensitive era, is always something to celebrate.