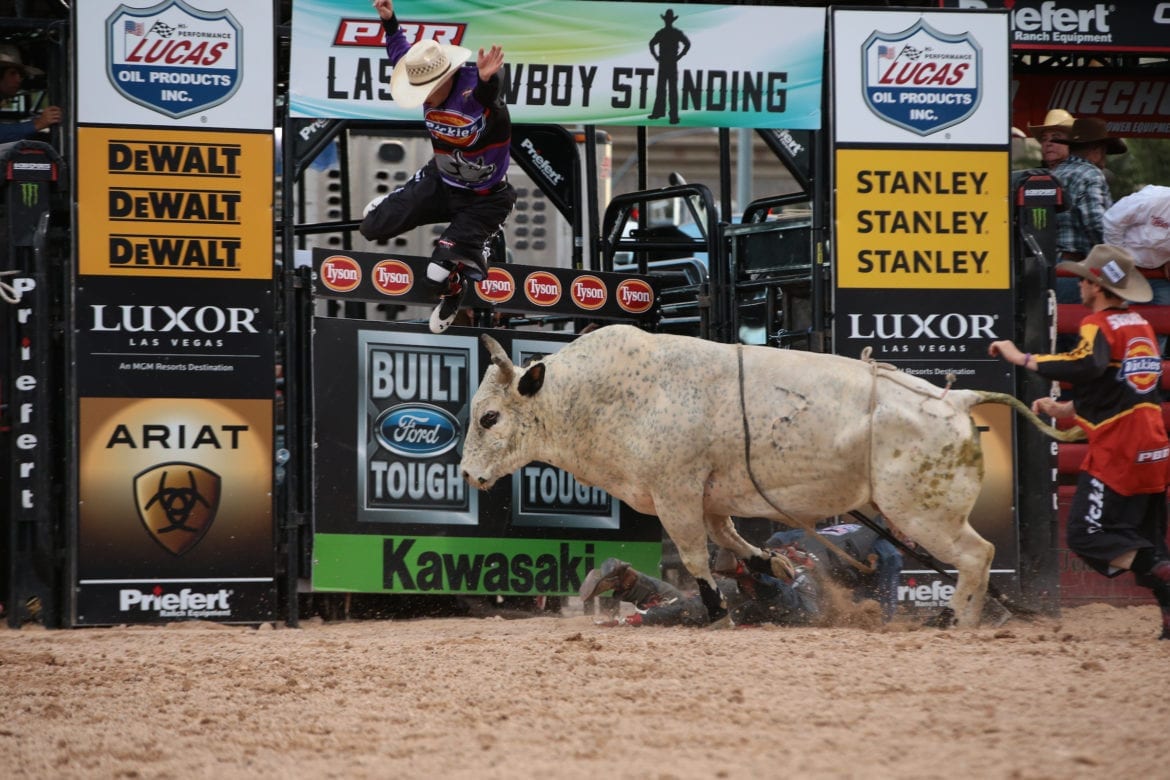 It’s the weekend before Valentine’s Day, so the city will flood with couples, new and old, looking for a romantic night on the town. The rest of us will stay home and weep. Kidding. We’ll get out and weep in public. No matter. Whether you are part of a pair, want only to hang with friends, or you’re a grumbly curmudgeon who scoffs at the sheer Hallmark-ness of the holiday, there’s plenty of fun stuff to do around town.

At the risk of promoting gender norms, basketball games probably aren’t a great date idea. Besides, K-State and KU are both on the road, meaning live hoop lovers will have to get their fix from UMKC, playing Saturday at Municipal.

PBR would make a strange date. The man-versus-beast battles of the Professional Bull Riders tour are happening Saturday and Sunday at Sprint. There’s a PBR pre-party at Power & Light the night before, too. Warrant, the glam metal band famed for “Cherry Pie,” will shoot a video and play a free show.

On the subject of traditional gender roles, the ladies might enjoy the big KC Remodel and Garden Show at the American Royal. The guys, on the other hand, should like World of Wheels at Bartle Hall. Or vice-versa. Who are we to say?

For a traditional date night activity, you can’t go wrong with a Broadway show, and “The Phantom of the Opera” looks like a big, splashy one. Tellingly, the show’s advertising campaign doesn’t mention the cast, but brags about the sets, costumes, lights and special effects. Expect dazzle and see “Phantom” at the Music Hall from Feb. 8 to 19. 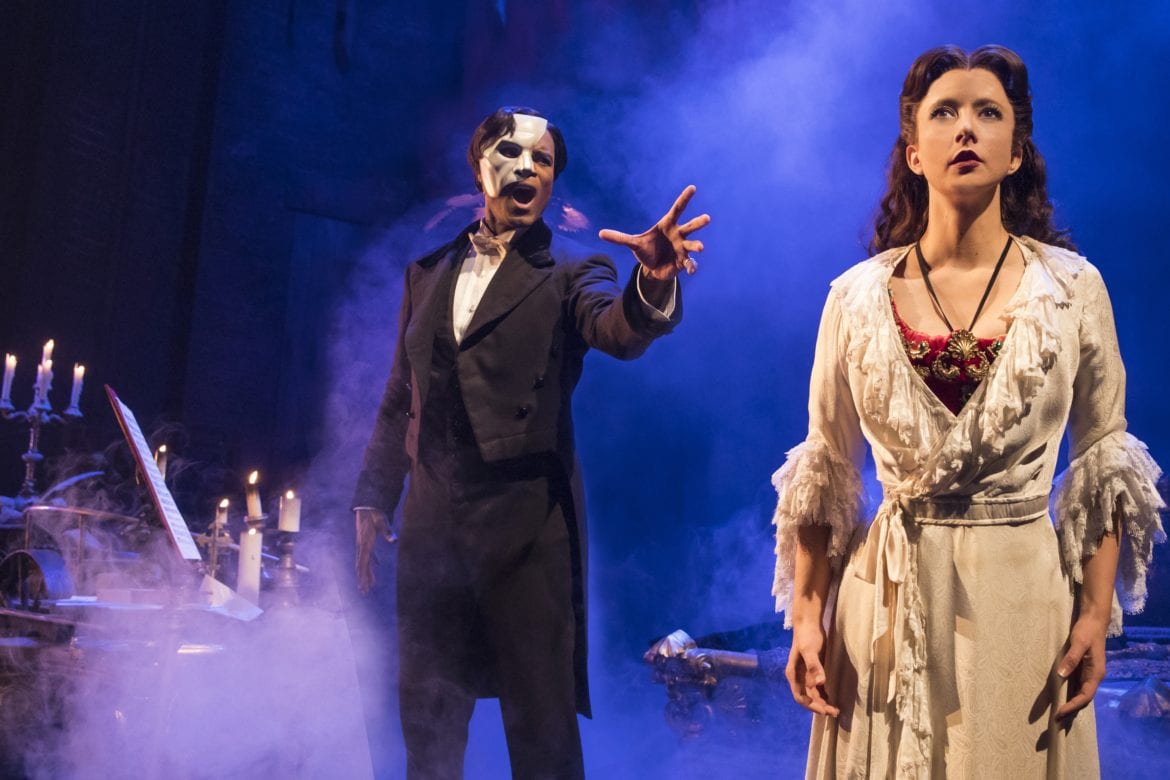 “Side By Side by Sondheim,” from the KC Rep, would also make a great date. As would “I Got Rhythm” at Quality Hill Playhouse. “First Date,” a rom-com musical at Starlight indoors, seems ready-made for the holiday and will amuse anyone who likes their entertainment uncomplicated.

If you have kids to think about, take them to see “Shipwrecked! An Entertainment” at Spinning Tree Theatre or “Hana’s Suitcase,” a kid’s mystery with the startlingly serious subject matter of Holocaust education. That one’s at The Coterie.

You already know, unless you have avoided every TV screen and billboard in the Kansas City metropolitan area for the last two months, that Shen Yun is a celebration of traditional Chinese dance and music. Inescapable as those ads may be, the glimmering, shimmering show is still worth seeing. Catch it at the Kauffman all weekend. The Kauffman also has Ladysmith Black Mambazo. That show is tonight, early for a weekend to start, but worthwhile for anyone who wants to see those legendarily uplifting Grammy-winning harmonies.

Jessie and Gerard Pepper, a popular podcasting couple, will present a live talk, which probably qualifies as theater, called “Marriage is Funny.” That event happens Friday on the JCCC campus.

If you are interested in the visual arts, check out a new show, “Visions In Monochrome,” at the art gallery on the campus of Kansas City Community College. Because there’s an art gallery on the campus of KCCC. The exhibition, a mixed media exhibit exploring black, white and gray, features work from the permanent collection of the Albrecht-Kemper Museum. Art lovers might also like to hear Rashid Johnson speak Friday night at the Gem Theater. He’s coming to town in conjunction with “Hail We Now Sing Joy,” a new exhibit of his works at the Kemper Museum of Contemporary Art.

Classical music always makes a nice date, and you’ve got good options. The Kansas City Symphony continues their Masterworks and Ovation Series with a program including works by Mendelssohn and Debussy. The Friends of Chamber Music are presenting Hespèrion XXI with Jordi Savall, a world-famous early music ensemble, Friday at Grace and Holy Trinity Cathedral. Up at Park University, you can catch a bit of Brahms with a performance by violinist Shmuel Ashkenasi and pianist Meng-Chieh Liu.

For a more modern sound, there’s chilled out EDM with Vibe Street at the Granada on Friday night. On the R&B tip, just right for a Valentine night, there’s Afentra’s annual VD Party (seriously, that’s what she calls it) on Friday night at the Midland. The free, all-ages show includes K.Flay, LOLO, Paper Route and Dreamgirl. You can get more of that sexy, sultry Valentine’s-appropriate R&B sound on Saturday night when Avant and Tank’s “Lovers & Friends II” tour comes to The Uptown, and Jon B. & H-town perform at Voodoo Lounge.

Your best musical bet this weekend, though, might be the Rebirth Brass Band. The Grammy-winning brass and vocal ensemble, formed way back in 1983, is something of an institution, mixing fat, joyous French Quarter jazz with plenty of funk and soul. If you go to see them – in Lawrence on Friday night – be sure to bring your dancing shoes. The Lied Center will turn their orchestra pit into a dance floor.

If you have a significant other, why not enjoy a night of comedy together? Or, if you don’t, who not drown your loneliness in laughter? Either way, Brandon T. Jackson will help all weekend at the Improv, while Dustin Diamond, formerly of “Saved by the Bell” (and his self-directed sex tape) will be at Stanford’s.

Slightly more wholesome, and much cheesier, laughs are on tap with ridiculously popular puppeteer and ventriloquist Jeff Dunham. He’s not the country’s edgiest comic, but he sure is the biggest, at least is you go by box office. Dunham, believe or not, is the top grossing comic in North America, and will no doubt pad those totals when he plays Sprint Center on Thursday night. You gotta love it. Or, you know, not.