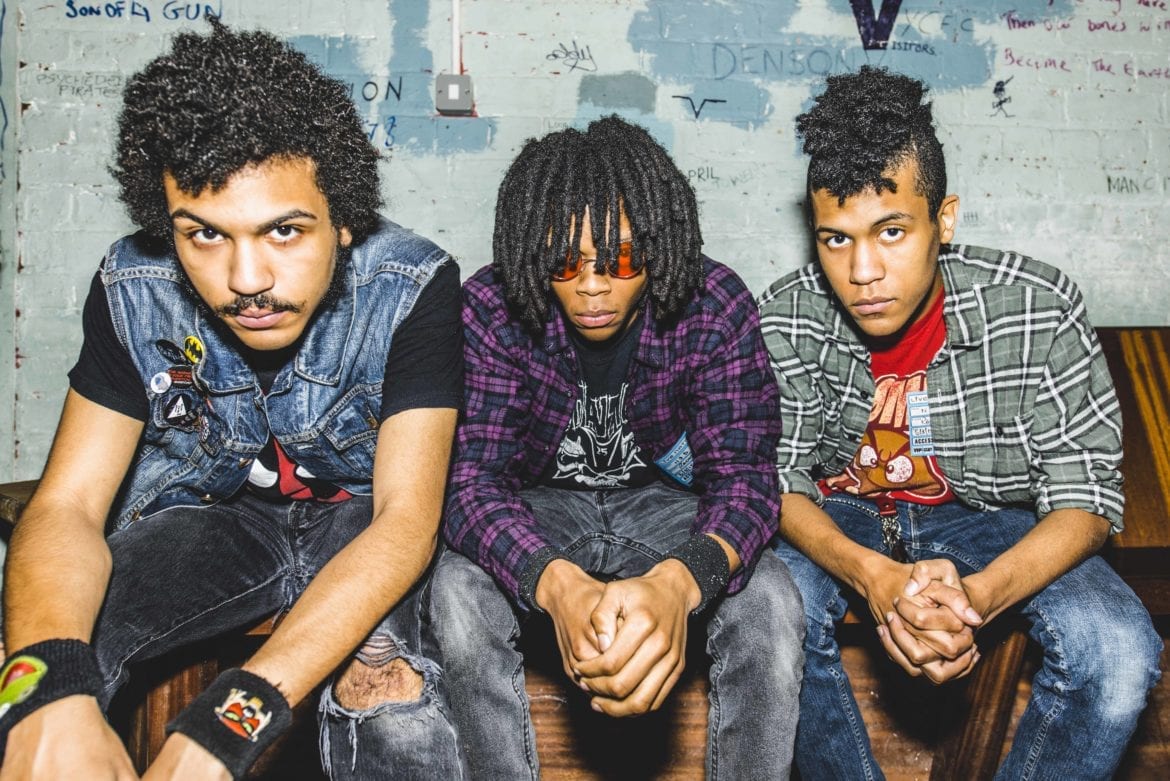 Let’s face it. Christmas isn’t the best time to get out and party. It’s a time to for folks to gather at home with their families and, possibly, become annoyed at them. Accordingly, with Christmas on Sunday and Hanukkah starting Saturday, there’s simply not that much going on around town. Nevertheless, cabin fever is a real thing. If you want something to do with the family – or maybe just need a night away from them, we’re here to help with a look at what’s happening in the city.

“Football is family,” so sayeth the NFL’s marketing arm, and about 78,000 members of the Chiefs’ family will be spending their Christmas at Arrowhead. After a soul-crushing, bone-chilling, last-second loss to the Titans, the Chiefs desperately need Santa to bring them a win against the Broncos on Sunday. A Raiders loss to the Colts on Saturday wouldn’t hurt, either.

At least KU basketball keeps winning. This weekend, the Jayhawks will roll the dice in Sin City, meeting UNLV on Thursday night. K-State plays one last cupcake game at home, against Gardner-Webb. No, I’ve never heard of them, either.  Missouri, meanwhile, is on the road against Illinois. Both games are Wednesday night.

Beyond sports, frankly, your choices get pretty thin. Most of it, not surprisingly, is kid-friendly. Wednesday and Thursday at the Kauffman Center, the Screenland at the Symphony series is presenting “Home Alone.” In case you live under a rock, the film stars Macaulay Culkin as Kevin, an 8-year-old boy left behind when his family goes on Christmas vacation. Kevin must defend his home from a pair of bungling thieves using only his MacGyver-like skills and preternatural understanding of physics. The showing of the cartoonishly violent holiday classic features an admittedly great John Williams’ score performed live by the Kansas City Symphony.

Friday night, you can see something a bit more reverent – a performance of “Handel’s Messiah,” arguably the most popular piece of classical music ever written. We’re looking at you Beethoven’s 5th. The show stars Kansas City’s own Spire Chamber Ensemble & Baroque Orchestra, who use original-period instruments to perform the beloved work.

Also in the classical vein, and also at the Kauffman, you can catch Kansas City Ballet’s luxuriant version of “The Nutcracker” until December 24. Tchaikovsky’s classic score alone is worth the price of admission. But there will also be, like, dancing and stuff.

For a more modern sound, catch “Christmas in Song,” presented by Quality Hill Playhouse, which closes Friday night. As does the cabaret-style review “Spectacular Christmas Show” at Musical Theater Heritage.

If you were going to see “Ice Age on Ice” at Silverstein Eye Centers Arena, make new plans. The touring show’s week-long run has been canceled. Instead, Silverstein will host a “Frosty Skate,” every night through December 27, except for Christmas Day. The rink will be festooned with lights and decorations, Christmas music will fill the frosty air. Santa Claus will show. All that.

Kiddos might also like “Mr. Stinky Feet’s Christmas.” Jim Cosgrove’s festive show will be at the Smithville Branch of the Mid-Continent Public Library on Wednesday and Thursday at the Blue Springs Branch. Closer to the city center, early risers won’t want to miss “Songs of the Season” from the always-excellent Mesner Puppet Theater. Those performances are Thursday and Friday at an uncomfortably early 10 a.m.

There is non-Christmas entertainment on tap, most with a local flavor. Like The Sound Machine’s Annual Christmas Party on Friday night, for instance, featuring rockers Various Blonde, comedian Justin Williams and TRM’s newest act, Pageant Boys. There will be ugly sweaters, too, so dress accordingly.

The Radkey family doesn’t have to gather for the holidays. The brothers, a power trio from St. Joseph, Missouri, tour together, and it’s been a wild ride for the last few years. In addition to gigging around the globe, the band has been written up in The New York Times and NME, and even made an appearance on the BBC’s prestigious “Later… with Jools Holland.” They’ll bring their melodic punk sound home to KC for Christmas at recordBar. The night, we’re guessing, will not be silent.

Another set of local brothers play Friday night. The Floozies, out of Lawrence, Kansas, will bring their unique mix of EDM and pop to The Midland for a show called “Miracle on Funk Street.” The duo, Matt and Mark Hill, perform without a setlist. In an age of prefabricated, tightly structured concerts, that itself is something of a miracle. 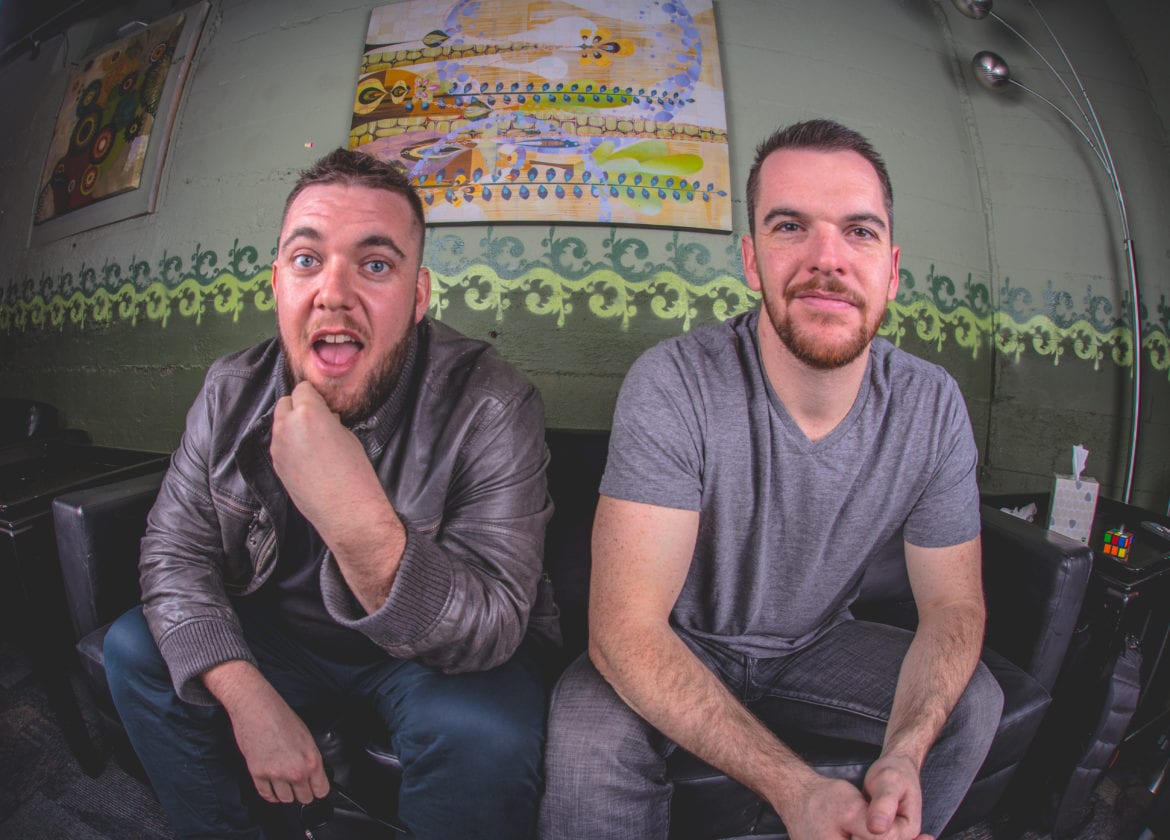 KU students tend to leave town for the holidays, so Lawrence is virtually bereft of big events. Accordingly, there are no live shows this week at Liberty Hall or Lied Center, but you can catch Christmas Eve with Dave Shelton’s Soul Visionaries at The Granada. That performance, not surprisingly, is on Christmas Eve.

Knuckleheads is here for you with three days of live music. Wednesday night, the East Bottoms venue hosts a Winter Dance Party, featuring the Stone Cutters Union Big Band and raucous funk from The Phantastics. Thursday night, it’s rootsy soul from the Old No.5’s. Friday, yet another pair of siblings perform when Nace Brothers take the stage.

Forgive us if this section seem redundant, but most of the city’s live theaters are still offering seasonal fare. The Unicorn remains your only spot for secular stories, with two shows utterly absent of Yuletide themes; “An Octoroon,” a biting satire of race relations and “Application Pending,” the one-woman comedy. Both shows close Monday night.

For tidings of comfort and joy, The Rep’s “A Christmas Carol” runs, appropriately enough, until December 24. Ditto for the Rep’s version of “The Santaland Diaries,” David Sedaris’ comedy about life as an elf at Macy’s. You’ve still got plenty of time to catch “Rudolph the Red-Nosed Reindeer: The Musical” at The Coterie, though. The show runs until December 31. Which frankly, would be a weird way to spend your New Year’s Eve.

In comedy clubs this week, the emphasis is on veterans. That makes sense. The holidays can be a tough time for some and vets can be doubly vulnerable to feeling down. Laughter, especially laughter with a band of brothers, fights loneliness like nothing else. Handy, then, for the Improv to have a celebration of comics who’ve served, with a bill featuring Jeff Onyx, Mike West, and Tai Fu Panda. Handy also, that  Will C is the headliner at Stanford’s. Also a vet, Will founded the group The Veterans of Comedy in 2014. He’s also appeared in an impressive list of TV shows and films, including “Mr. and Mrs. Bridge,” “Gone Girl,” “Monk” and “Numb3rs.” Lahna Turner, a USO favorite, fills out the double bill. That’s enough to help anyone fight off the holiday blues.