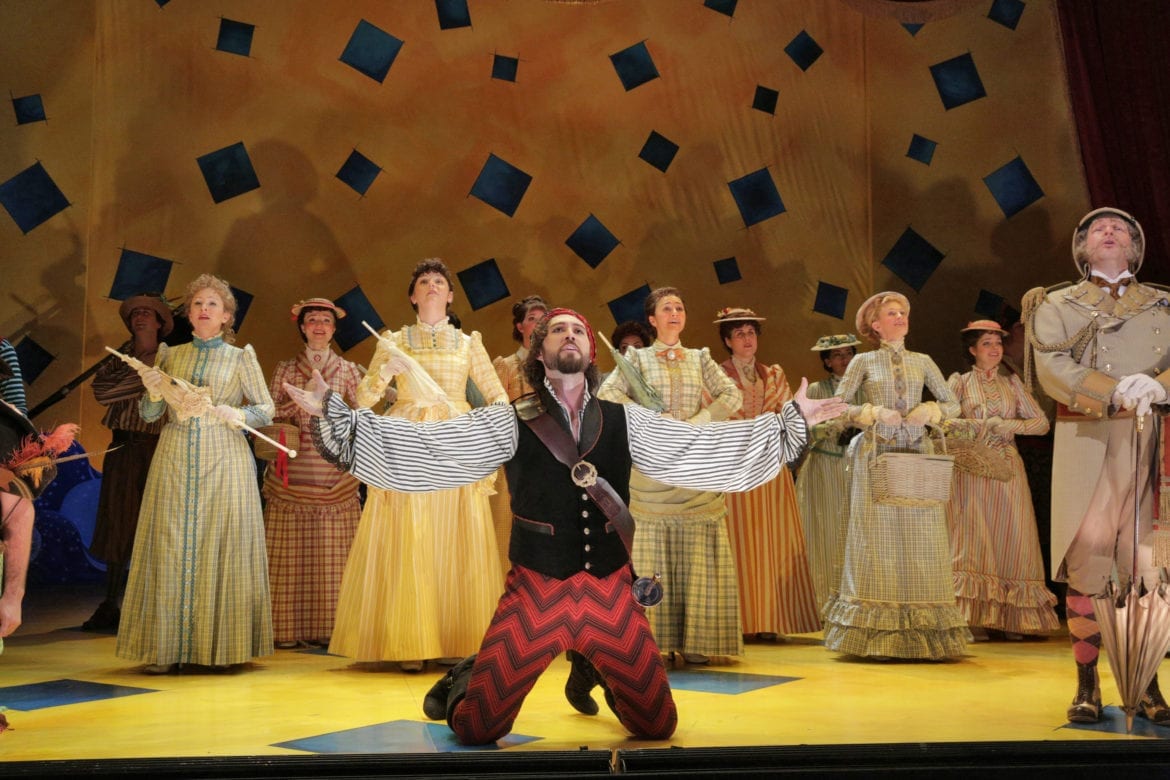 The Lyric Opera brings its production of "The Pirates of Penzance" to the Kauffman Center. (Contributed | Ken Howard)
Share this story

For a certain segment of society, Thursday has a special meaning. 4/20 is a holiday of sorts, a day devoted to all things marijuana. We can’t recommend smoking (or vaping), of course. The stuff is still illegal in these parts. With Kansas City recently reducing penalties for cannabis possession, though, plenty of folks around town will indulge. Some will even party for a cause with NORML KC at their 2nd Annual 420 Party. Whether or not you partake, though, there’s plenty of great stuff happening about town.

Baseball is played on grass. Literally. The Royals, however, will do so on the road, with a four-game set against the Rangers. Sporting KC will join them in Texas, with a tilt against FC Dallas on Saturday night.

If you like your sports live, there’s boxing in Topeka, brought to you by Danger Fire promotions. Somewhere between a sport, theater and dance is the WWE RAW Superstars, stopping at Sprint Center Monday night. You’ll see wrestlers including Roman Reigns, Kevin Owens, Chris Jericho and many more, none of whom I’ve heard of.

Gilbert and Sullivan almost certainly didn’t smoke weed. You wouldn’t know that, though, from their famously fanciful plots and adoration of silly word play. That aesthetic will be in full effect all week when the Lyric Opera brings their big production of The Pirates of Penzance to the Kauffman Center. The cast includes  Kansas City favorite Robert Gibby Brand and Kevin Burdette, praised by The New York Times, among others, as a master of the comic opera. 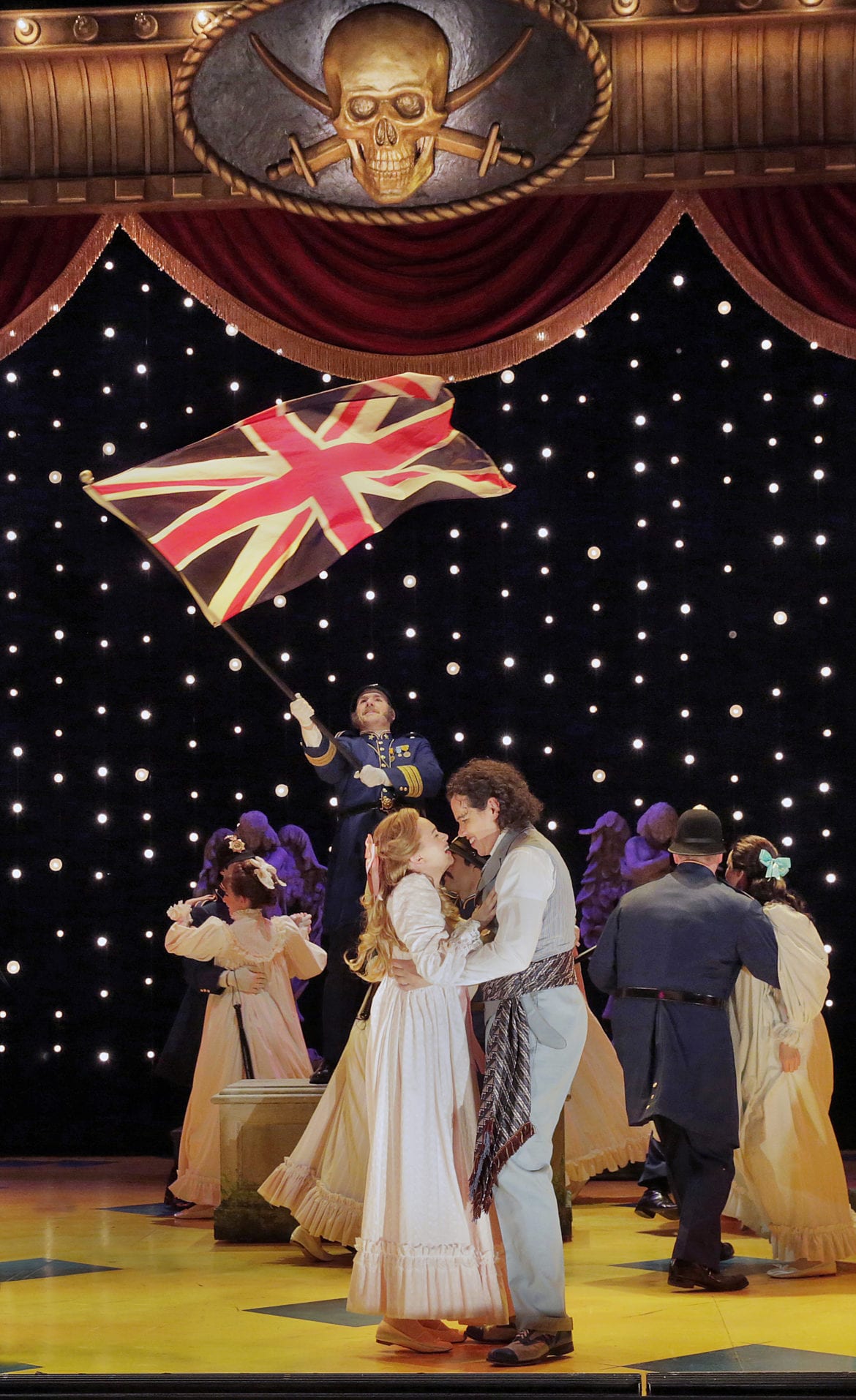 Somewhere between theater and radio is “Welcome to Night Vale.” The show is based on the popular podcast, done in the style of local news for a small town, where super weird things happening is the norm. The live version, currently on a national tour, stops at The Uptown on Friday night. Folkie Erin McKeon, accomplished in her own right, will offer accompaniment live.

Two live theater events around town are geared towards teens. “The Lot,” written, produced and performed by area youth, features an appearance by Bre-Z, rapper from the hit series “Empire.” The second show, “It Gets Better,” is a nationally touring production offering support for LGBT youth. Set for Saturday night on the JCCC campus, the show features 12 true stories dramatized for the stage. Members of the Heartland Men’s Chorus and Kansas City Women’s Chorus join the cast. 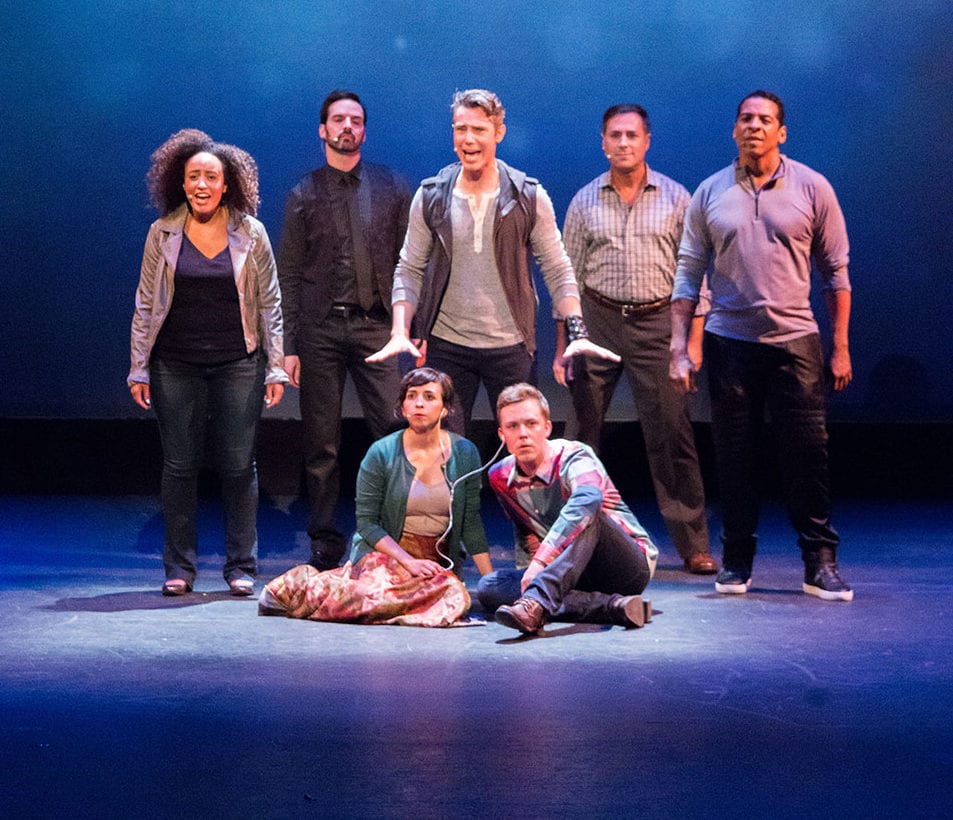 In more conventional theater, “I’m Gonna Pray For You So Hard,” a dark comedy about a father and daughter, opens this week at The Unicorn. “Dry Land,” meanwhile, the heavy drama directed by Heidi Van, has one more weekend at The Fishtank.

Dance fans have a very unusual choice this weekend. SuicideGirls, a now almost-venerable website, is bringing their 63-city tour of Blackheart Burlesque to the Granada on Friday night. Something of a nerd institution, the show features racy dance numbers with the company’s signature tattooed dancers celebrating themes like “Star Wars” and “Harry Potter.” Expect a wild one, complete with a drunken, whooping crowd

Pop music and marijuana go together like carrots and peas, and there’s a massive slate of tunes coming to town this week. For instance, the melancholy stylings of singer-songwriter Gregory Alan Isakov will be on display at Liberty Hall, while the hard rock stylings of A Perfect Circle are coming to Starlight. Brian Wilson, the genius behind the Beach Boys, is on global solo tour but but sadly won’t stop nearby. His former band, the Beach Boys, will. They play tonight at the Lied Center.

In the classic rock vein, two Beatles tributes are on tap. Signal To Noise presents: All Together Now: An Evening With The Music of the Beatles, a benefit for KKFI, happens Friday night at Knuckleheads. Sgt. Pepper’s Lonely Bluegrass Band, a nationally touring act, plays Friday night at VooDoo Lounge. Pop rockers X Ambassadors perform Saturday at the St. Joseph Civic Arena and pop punkers Mayday Parade bring their two-minute anthems to The Granada on Sunday night.

Sounds from south of the border will abound this week, as well. Reik, a Latin Grammy Award-winning duo, performs Thursday night at The Midland. Expect to hear their club favorites “Levemente” and “Ahora sin Ti.” Expect to dance as well. From even farther south, namely Argentina, the wonderful Ensemble Iberica is performing a tribute to Tango music’s first superstar, Carlos Gardel. See that one Friday night at Musical Theater Heritage, the surprisingly spacious theater tucked away in Crown Center.

Jazz and marijuana have a long history. That doesn’t mean, however you should smoke before you see The Kansas City Jazz Orchestra’s season finale. The show, Friday night at the Kauffman Center, pays tribute to the music of Miles Davis and John Coltrane. You’ll hear “My Favorite Things” and “A Love Supreme,” along with loads of other swing and bebop classics.

For a more intimate jazz sound, get to the Gem Theater on Saturday night. That’s where NEA Jazz Master, Grammy-winner and legendary percussionist Jack DeJohnette will perform with his eponymous trio. If blues is more your thing, though, check out Grammy-nominated Marcia Ball. The Texas-born, Louisiana-raised blueswoman brings her boogie-woogie piano to Knuckleheads on Friday night.

It’s hard to classify Bill Frisell. The brilliant guitarist is virtually an encyclopedia of American music. See and hear for yourself at the Nelson-Atkins on Saturday. For the second consecutive year, the Harriman-Jewell Series has partnered with the museum to present Frisell live with his ensemble, performing the accompaniment to “The Great Flood.” That film, Frisell’s collaboration with filmmaker Bill Morrison, explores the devastating Mississippi River flood of 1927 and its transformative impact on American music

Classical fans are not known for smoking weed, but they nevertheless have lots to enjoy this week. Native Texan and KU alum, tenor Hugo Vera, is making a triumphant return to Lawrence, Kansas, on Thursday at the Lied Center. Recently added to the roster of the Metropolitan Opera, Vera will be joined by pianist Kyle Naig. Soprano Natalie Young, mezzo-soprano Anna Patterson, and cellist Ellen Lind. Expect works by Handel, Britten and Gershwin, among others. Better yet, admission is free.

Vox Luminis isn’t free, but the early music vocal group will likely be worth the price of admission. They’ve served as the resident ensemble at the Utrecht Early Music Festival, which is a prestigious thing. Their program, on Friday at Grace and Holy Trinity Cathedral, is inspired by the work of Baroque composer Domenico Scarlatti.

Internationally acclaimed pianist Martino Tirimo isn’t free either, but you should still see him perform works by Schubert and Chopin. Brought to KC by Park University, Tirimo performs at the 1900 Building on Friday night.

Do country fans smoke weed? Willie Nelson does. Toby Keith doesn’t. Who knows about Dan + Shay, playing the Uptown on Friday night. Their slick and sappy first album “Where It All Began,” went No. 1 on Billboard’s Country Albums chart. Hal Ketchum, with a much more traditional country sound, also has a few hits as well. They include “Small Town Saturday Night” and “Hearts Are Gonna Roll.” He performs, with Dallas Wayne and Sara Morgan as support at Knuckleheads on Saturday night.

On the subject of country, the slightly redneck comedy of Tim Gaither is at Stanford’s all weekend. He even does a routine about weed, but his is more likely to be the sort of stuff you find here. Comic Tony Rock has an impressive list of credits, including film roles in the likes of “Hitch” and “Three Can Play That Game.” Maybe his most impressive credit, though, is that his bio doesn’t mention being Chris Rock’s youngest brother. You can see him, whether or not you get high, all weekend at the Improv.