A fan dressed as Star Wars’ Chewbacca is reviewed by the costume contest judges at Planet Comicon Kansas City 2015. This year's Comicon is at Bartle Hall all weekend. (Contributed | Bill Watters)
Share this story

Sunday is National Honesty Day. Really. It is. The holiday was created expressly to encourage truthful communication, especially in personal relationships and politics. Which, pretty obviously, is a total pipe dream. Nevertheless, we at least promise to tell you the truth about what’s happening around town this weekend.

Like the Royals. Their offense, honestly, stinks on ice. That won’t matter, however, to the crowds who show up for bobbleheads all weekend. When the Royals host the Twins on Friday night, fans who purchased a special ticket will get a talking bobblehead of Rusty Kuntz, the Royals’ weirdly, wildly-popular first-base coach. The next night, the first 20,000 fans, regardless of ticket, will get a bobblehead of closer Kelvin Herrera. Also on Saturday night, Sporting KC meets Real Salt Lake at Children’s Mercy. As far as we know, no bobbleheads will be involved.

You honestly have lot of theater options this weekend. A new show, a world premiere no less, is opening at the KC Rep. “What Would Crazy Horse Do?” is by Native American writer Larissa FastHorse. It tells the story of twin siblings, the last members of their tribe, who are offered an unholy alliance with the KKK. From that synopsis, we’re guessing it’s not a comedy.

For a big theatrical production, try Lyric Opera’s version of “The Pirates of Penzance,” playing for one more week at the Kauffman Center. At the other end of the production spectrum, check out “Weird Science: A Staged Reading” on Sunday at The Buffalo Room. You can also catch “I’m Gonna Pray For You So Hard” at The Unicorn, and for the younger set, “Elephant and Piggie’s ‘We are in a Play!’” continues at The Coterie.

Also for kids, especially the proverbial kids of all ages, this weekend includes one of the year’s biggest conventions – the massive, glorious collection of weirdness that is Planet Comicon Kansas City. Some 70,000 humans, many dressed as something inhuman, will flock to Bartle Hall for orgiastic celebration of all things sci-fi, fantasy and superhero. There, they will feast on an exhaustive list of exhibitors, celebrity appearances and panel discussions. Who wouldn’t want to meet Bret Iwan, the official voice of Mickey Mouse? Who doesn’t want an autograph from Wil Wheaton, far more famous for appearances on “The Big Bang Theory” that mock his “Star Trek” character than he is for playing the character itself. For true weirdness, the after-hours parties are not to be missed. Find more info about them here.

Also fun for families, and lovers of canines, Chris Perondi’s Stunt Dog Experience happens Friday night at Lied Center in Lawrence, Kansas. You’ll get dogs dancing, jumping rope, catching Frisbees and generally being their adorable selves. All the dogs are rescues, too, adopted from pounds and shelters, and the show promotes pet adoption. The show also promises, please forgive me, a doggone good time.

It doesn’t get any more family-friendly than “Sing Along with The Muppet Movie,” set for Sunday afternoon on the campus of JCCC. Heather Henson, daughter of Jim, created the show with her production company IBEX Puppetry, so you know it’ll be authentically Muppety. Expect lots of fun extras, like bubbles, streamers and confetti cannons, too.

Foodies and (drinkies) will enjoy Pig & Swig in downtown KC — a food and booze showcase happening Saturday afternoon at Power & Light. Several of the city’s best barbecue joints will be whipping up their signature smoky delights, while dozens of brewers and distillers will offer more than 100 bourbons, whiskeys and craft beers for sampling. Pig & Swig will also have live, local music on a pair of stages, plus lawn games and a mechanical bull ride. Because, really, what could make more sense than eating a ton of red meat, swilling bourbon in the sun and riding a mechanical bull?

This week’s classical music slate is honestly impressive. The great Yo-Yo Ma, world’s most famous cellist, performs an all-Bach recital on Thursday at the Kauffman Center. Edgar Meyer and Chris Thile will accompany, on bass and mandolin, respectively. The show is sold out, though, so call the box office on Thursday morning to see if any last minute tickets are released. Or just hang around outside the venue before the show, and see if an honest scalper will sell you an extra.

Friday night, also at the Kauffman, yet another international talent will appear – and this one has hometown roots. The glorious Joyce DiDonato, Kansas City native, World Series anthem singer, and among the world’s great mezzo-sopranos, will join with The English Concert, a London-based baroque orchestra, to perform Handel’s opera, “Ariodante.” A stellar crew, including Christiane Karg, Sonia Prina, David Portillo, Joelle Harvey and Matthew Brook rounds out the powerhouse vocal cast. 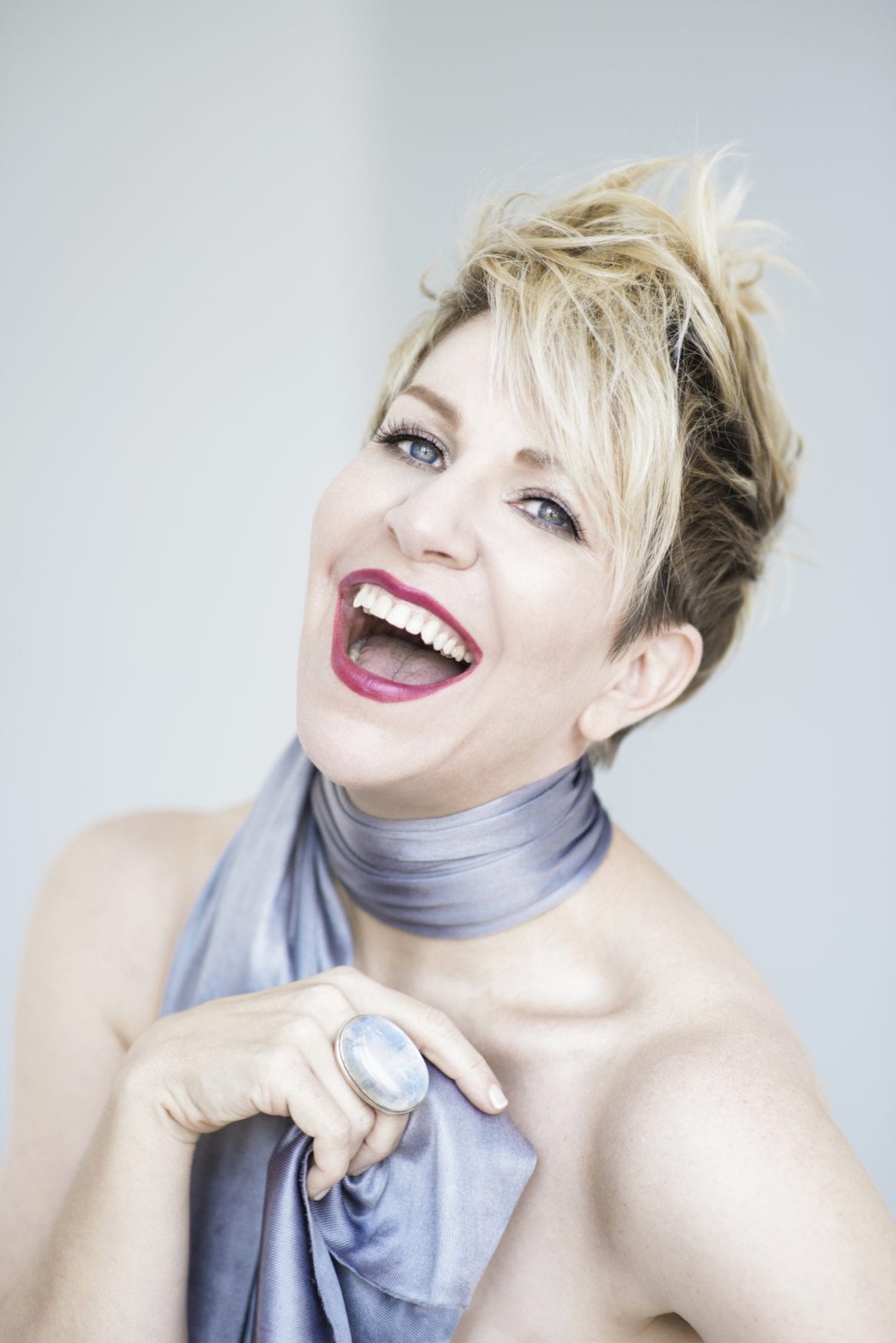 For jazz, get to the venerable Mutual Musicians Foundation Building, home of the city’s best late-night jazz jams. They’ll be kicking of their centennial celebrations on Sunday with “100 Years Strong,” a free, family-friendly party that coincides with International Jazz Day. From 5 to 10 p.m., you’ll get light refreshments to go along with the swinging live tunes.

Pop fans, no lie, have a lot to love this week. Tonight at The Midland, rising star Bishop Briggs performs her endearingly-quirky indie pop. Friday night, that venue hosts a free show, Afentra’s Prom featuring STRFKR, KITTEN, Deap Vally and KC’s own ALICIASOLO. Saturday night at The Granada, you can see the moody, dreamy electronic pop of Little Dragon. The Swedish band’s fourth album, “Nabuma Rubberband,” was deservedly nominated for a Grammy. Sunday, also at the Granada, hip-hop artist Oddisee will perform. Here’s a clip from his dynamite appearance on NPR’s Tiny Desk concert series.

For something a little rootsier, see electric bluesman Delbert McClinton perform on Friday night. The Grammy-winning singer-songwriter, famed for tunes like “Giving it Up For Your Love” and “Every Time I Roll the Dice” will bring the good times to Knuckleheads. If the ‘90s are more your jam, go to VooDoo Lounge and see Gin Blossoms on Friday night. They’ll play “Hey Jealousy,” “Follow You Down” and, presumably, a bunch of other songs.

Metalheads will have a good weekend. Wednesday, Mastodon performs with Eagles of Death Metal at The Uptown. Breaking Benjamin plays the same spot on Friday night, while Sunday brings a devastating double bill of Killswitch Engage and Anthrax to The Midland on Sunday.

On the subject of double bills, country fans have a gem on Friday night, when the Justin Moore & Lee Brice: American Made Tour stops at Silverstein arena. Moore just keeps cranking out top 10 hits like “Small Town USA,” and “Point at You.” Brice, too, is a hit machine, with six platinum singles to his name. You might have seen him on “The Voice” performing “Drinking Class.”

For a more traditional country sound, the great Charlie Daniels brings his fiddle and firebrand patriotism to the Ameristar Casino on Friday night. If you want to go, hurry. At the time of this writing, only single tickets remain.

Honestly, this week’s comedians aren’t heavy on name recognition. Jon Schieszer, performing at Stanford & Sons, has hometown roots and some national success. The Shawnee Mission Northwest grad has performed on Comedy Central, Netflix and VH1. The Improv, meanwhile, gives us Tony T. Roberts, best known for appearances on “Def Comedy Jam,” BET’s “Comic View” and “Showtime at the Apollo.” Name recognition or not, though, you’ll have a good time if you go and let yourself laugh. Would we lie to you?