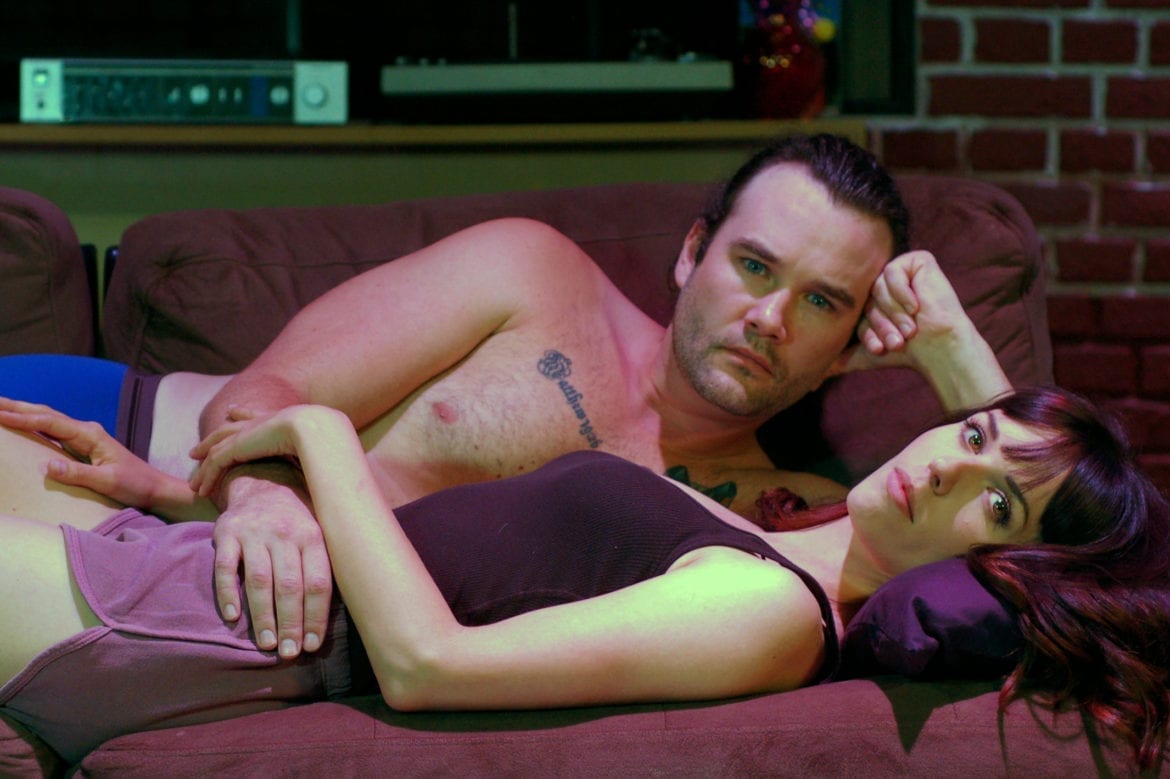 Molly Denninghoff plays "Beth" and Matthew Schmidli is Doug in Neil LaBute's steamy play "The Way We Get By" showing this weekend at Unicorn Theater. (Photo: Contributed | The Unicorn Theater)
Share this story

October 23, believe it or not, is TV Talk Show Host Day. Celebrated on Johnny Carson’s birthday — look him up, millennials — it’s a day to show our appreciation for all those who sit and chat. Because, apparently, a bunch of rich, famous and powerful media types need even more praise. To mark the occasion, you probably ought to stay home all weekend and watch Carson reruns. Barring that, we’ve got a few ways get out and enjoy what the city has to offer.

Like pro football. After a decisive road win against the hated Raiders, plus a loss by the almost equally-hated Broncos, our beloved Chiefs are suddenly back in the AFC West hunt. The club will try to keep it going at home on Sunday against the Saints. Our college teams are not doing so well. They are, however, home. Mizzou plays a winnable Homecoming game against Middle Tennessee State. Beyond that, KU meets Oklahoma State in Lawrence, Kansas for its Homecoming game, and K-State battles Texas in the Little Apple. Oh, well. At least the weather will be nice.

Sporting KC is home, too, meeting the San Jose Earthquakes on Sunday for what the MLS calls “Decision Day” — also known as the last day of the regular season. The Star has a breakdown of all the different ways Sporting can make the playoffs. The basics, though, are this: win and they’re in.

Sports fans looking for something new might enjoy Guns N’ Hoses, a charity boxing match featuring Kansas City police officers, firefighters and first responders. The bouts, which benefit the spouses and children of police, firefighters and emergency workers killed in the line of duty, happen Friday at the Kansas City Convention Center.

You know who’s on talk shows all the time? Rock bands. Like Grouplove, for instance. Last month they were on “The Late Show with Stephen Colbert.” Friday they’ll be here, live, headlining a triple bill at Power & Light. Expect to hear their biggest hit, the vaguely polyamorous “Tongue Tied,”

Do you like Kansas? The band, not the state. If so, get to the Kauffman Center on Saturday to see the sextuple-platinum selling classic rockers. Expect to hear “Dust In The Wind” and “Point of Know Return,” plus material from their new album – like anyone cares about that.

If you prefer classical to classic rock, the Kansas City Symphony is pulling out the big guns. Michael Stern will conduct Mozart’s immortal work “Requiem” all weekend. Also on the menu, “Organ Symphony No. 1” by the French composer Alexandre Guilmant. It’s an ideal program to showcase the glorious Casavant Organ in Helzberg Hall — the one you’ve probably stared at many times, but never actually heard anyone play. 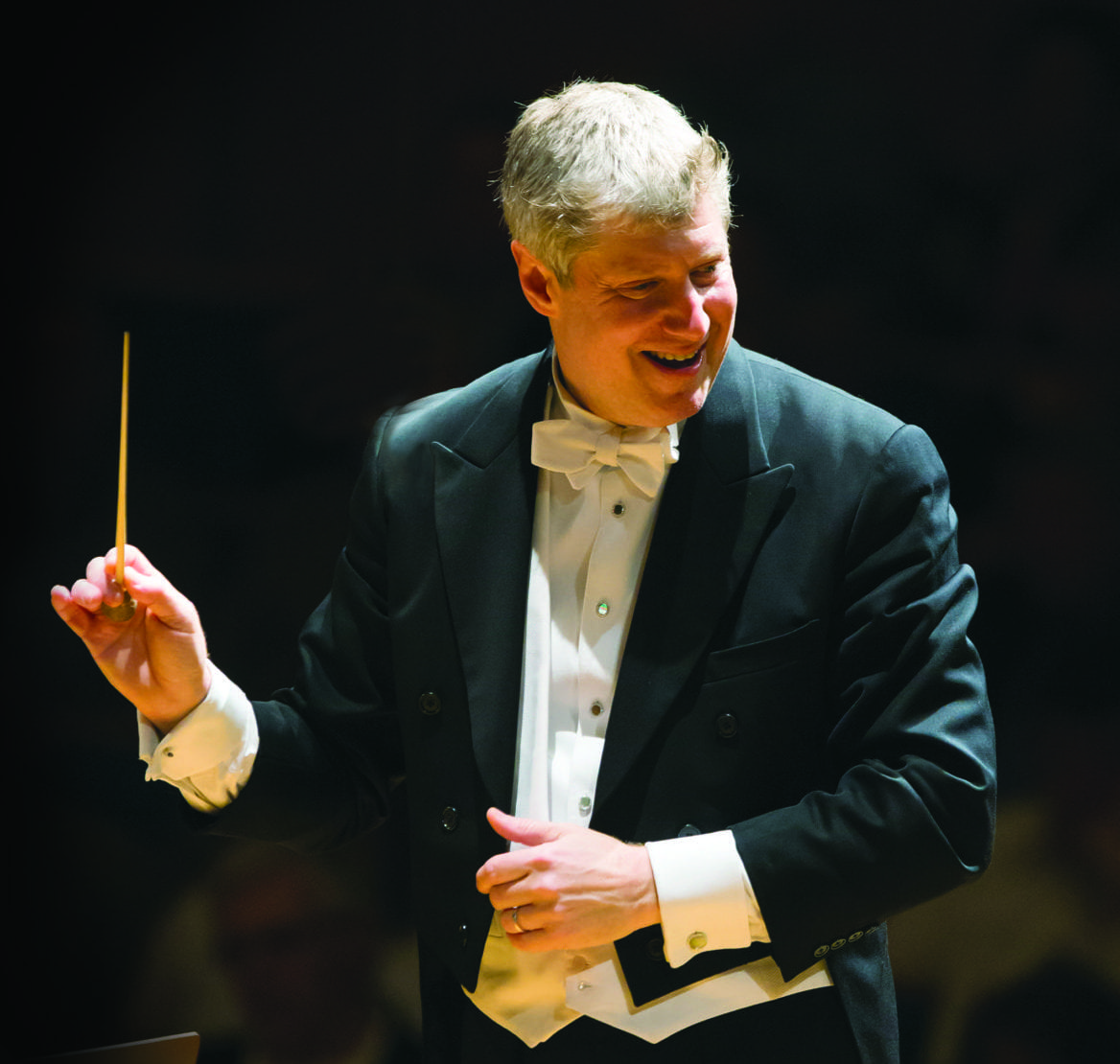 There’s no shortage of young, classical voices coming to town, either. Il Divo, the massively successful Latin-tinged vocal quartet, is bringing their “Amor & Pasión” tour to the Midland on Thursday night. Call it crossover classical. You might hear an aria. You might hear “Bésame Mucho.” Kansas City native, tenor Ben Bliss, is another dazzling young voice – one possibly destined for greatness. A graduate of the Metropolitan Opera’s Young Artist Development Program, Bliss also won the Mozart and Plácido Domingo awards at the 2015 Francisco Viñas International Competition. That means he’s good at singing. Brought here by the Harriman-Jewell Series, Bliss joins a elite list of tenors who made their American recital debut in our city. That list includes, yes, Luciano Pavarotti. See Ben, or more to the point, hear him perform with pianist Lachlan Glen Saturday night at The Folly Theater.

Country artists are on TV a lot. Like Clint Black, who’s performing at the Lied Center on Saturday. Also in Lawrence, rapper Hopsin is at The Granada. He’s from Los Angeles, but don’t hold that against him. Friday night, the Granada is presenting neo-metal legends The Dillinger Escape Plan. They’re stopping in Larryville as part of their farewell tour, and fan video from a recent New York City performance shows just how wild those shows have been.

Kids usually don’t like talk shows. They’d rather get outside, and kid-friendly fun this weekend includes the Fall Muster at Fort Osage in Sibley, Missouri. It’s an annual historical reenactment of events leading up to the War of 1812. A celebration of Dia De Los Muertos at the Kansas City Museum could be fun for the young ones too. They’ll have music by Pablo Sanhueza and puppetry by Stone Lion Puppets, plus crafts, like decorating sugar skulls and making tissue flowers. Other options include the final weekend of Hoots & Howls at the Kansas City Zoo and Enchanted Forest at George Owens Nature Park. Both are outdoorsy, but won’t scare the kids.

You know what’s better than watching talk shows? Live theater, and KC’s stages are positively brimming with shows right now. “Evil Dead: The Musical” runs through October 31 —of course — at the H&R Block City Stage, also known as that nice theater in the basement of Union Station. The KC Rep has a political thriller, “The Invisible Hand,” playing on the Copaken Stage. “Deathtrap,” the classic stylish thriller, is at the MET.

There’s more. You can also catch “The Way We Get By,” a steamy work by the always controversial Neil LaBute at the Unicorn. UMKC Theatre’s graduate production of “O Beautiful” by Theresa Rebeck runs through Sunday. As does the darkly comic “Annapurna” at The Living Room. Friday, though, is your last chance to see the Civil Rights-era drama “Nine Who Dared.”

Bryan Cranston has been on lots of talk shows. Especially lately, since the much-beloved actor has written a memoir, “A Life in Parts.” His tour to support it stops at the Uptown on Friday and tickets include a free copy, which is sweet. If you are out south, though, try to catch a radio legend and America’s favorite slow-talker, Garrison Keillor. The recently retired host of “A Prairie Home Companion” appears Friday at JCCC. 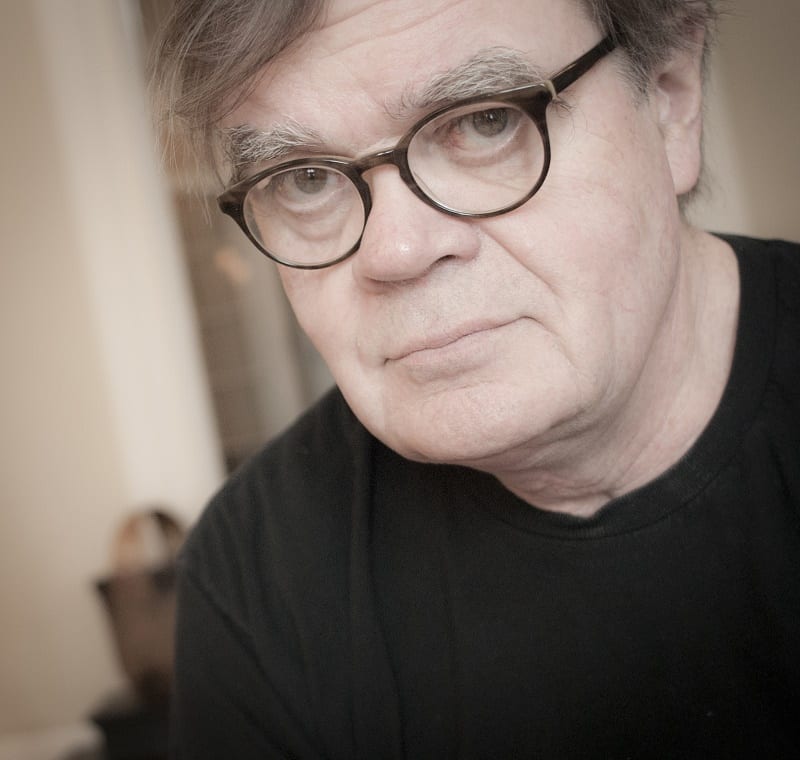 Halloween, of course, cometh, and KC’s plethora of pay-to-be-afraid palaces are here to serve up the chills. Macabre Cinema, The Beast and Edge of Hell are chief among them. You can also get scared at Worlds of Fun’s Halloween Haunt – and this weekend they have discounts for college students and military personnel. Burlesque Downtown Underground is staging its 8th Annual Halloween Show at the Musical Theater Heritage space in Crown Center. Wear a costume. The dancers will be.

Talks shows probably wouldn’t exist without comedians. Stand-up is still better live, though. Like James Johann, local boy made good. He’s has been on Comedy Central, CMT and opened on the Blue Collar Comedy Tour. Or you can catch Pablo Francisco, performing at the Improv. He’s had two half-hour Comedy Central specials and appeared on “Late Night with Jimmy Fallon.”

Your best bet for comedy, though, is probably a pair of mega-talented women. Bridget Everett, a comic as well as cabaret performer, is best known for appearances on “Inside Amy Schumer.” She’ll be at Liberty Hall in Lawrence on Saturday night. Maria Bamford, veteran comic and star of the acclaimed Netflix series “Lady Dynamite,” has been on virtually every talk show known to humankind. Thursday, she plays The Folly. That should be enough talk for anyone.